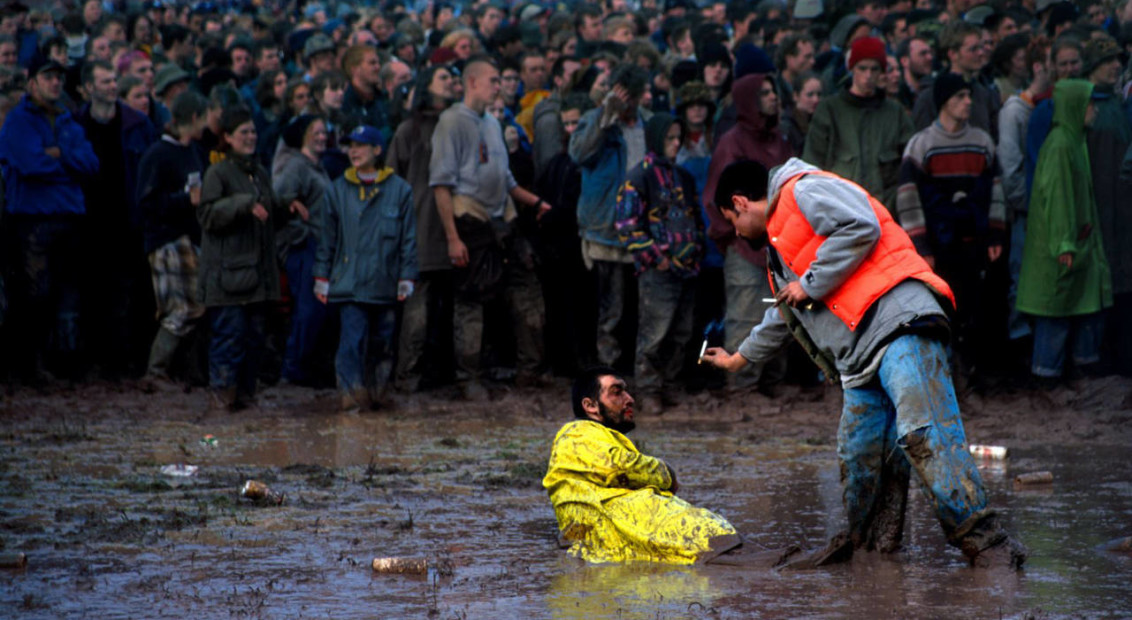 Above image: A festival-goer defeated by the mud, 1990s © Ann Cook

Since 2014, the V&A have been guardians of the Glastonbury Festival Archive, compiling a rich back catalogue of posters, programmes, designs, interviews, film, photographs, t-shirts, tickets and press cuttings. These ephemera now make up a new online exhibition by the museum that will be unveiled this weekend, exactly when Glastonbury was due to celebrate its 50th anniversary.

As part of this celebration, the V&A are calling upon the public to submit their own slice of Galstonbury, including personal accounts and photographs, to supplement their mapping of the festival’s special cultural influence. Given Glastonbury’s age and size, with last year’s event taking place over 900 acres and over 100 stages, the public have understandably been drafted in to help with the mammoth task of preserving its legacy.

The online exhibition will coincide with the BBC’s tribute to the festival, currently airing on radio and television until Monday. Featuring a compilation of the best live performances, including the first ever broadcast of David Bowie’s canonised set from 2000, while it might pale in comparison to physical attendance, it will be mud-free.

Who's up for #GlastHomeBury?
Starting today, the V&A is hosting an online celebration of all things @glastonbury. Coinciding with the weekend when the world-famous festival was due to celebrate its 50th year. (1/2) https://t.co/QJMg9Avk4Q pic.twitter.com/yW6l2sWIP7