Taking the label’s signature eyelet briefs and translating the design to swimwear, we’re introduced to the Eyelet Swim Briefs. Crafted in specifically-chosen fabrics that are not only comfortable but built to last, the briefs are cast in seven different shades named after some of Ludovic’s favourite holiday spots: “Fire Island is Black, White for Mykonos, Beige for Marrakech, Hot Pink for Ibiza, Red for Palms Springs, Turquoise for Capri and Navy for Côte d’Azur.” And while the swim briefs are made for travel, their design process was very much local; handcrafted in Paris in order to reduce the carbon footprint of production.

The swim briefs arrive with an accompanying campaign shot last August in Fire Island by Thomas Giddings and featuring Nicholas Wright. “I first went there a few years ago and immediately fell in love with its beauty and history,” says de Saint Sernin. “Fire Island means so much to the gay community as it became a safe haven for queer people from the 60s until today. I knew it had to be the location for this campaign.” 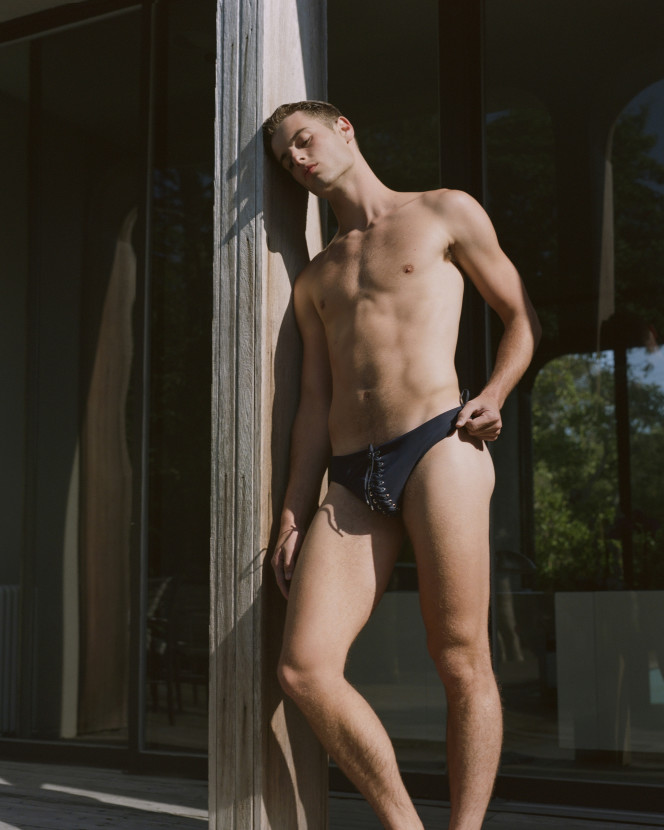