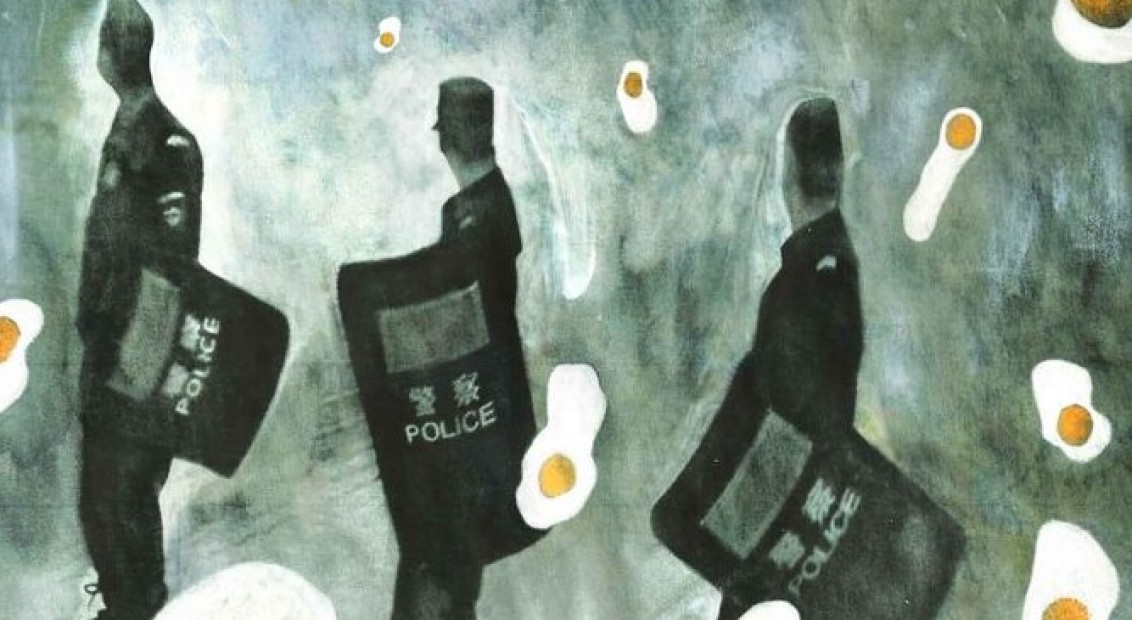 One year on from the extradition bill that ignited months of pro-democracy rallies in Hong Kong, artist from the region now living in Europe are hoping to raise awareness among the art world of China’s newly proposed security law and its implications for personal freedom.

The collective of artists have joined with Amsterdam-based organisation Young Blood Initiative, the We Are HKers website and Hong Kong-based publishing collective Zine Coop to launch a new platform that will showcase the vitality of Hong Kong’s art scene and why action is urgently needed. Entitled ‘Silence is Compliance’, the new platform will launch on 12 June with a series of live-streamed performances and an online gallery of works by Hong Kong artists.

The site will also feature a visual essay on the last 12 months of protest as told through the eyes of artists and creatives but also local people who have shed blood on the streets fighting for their democratic freedoms. Although the highly controversial extradition bill has since been withdrawn, the newly proposed security bill threatens to further erode Hong Kong’s political independence from Beijing which it has maintained since being returned to the mainland from British sovereignty in 1997.

This ‘one state, two party’ system has seen Hong Kong withstand continuous pressure from the mainland to limit its autonomy and conform to Communist Party ideals. The proposed legislation would prohibit secession, subversion, terrorism and foreign interference in the city, bypassing Hong Kong law and limiting civil freedoms.

For many artists involved in the project, their contributions will mean they are unable to return to their homeland for fear of arrest. Candy Choi, founder of Young Blood Initiative whose family lives in Hong Kong, is one such person. Her sacrifice, together with thousands of others, is worthy of your attention this Friday.

Silence is Compliance launches at 2pm BST on 12 June. Visit the site here.

A post shared by Young Blood Initiative (@youngbloodinitiative) on Jun 5, 2020 at 6:04am PDT