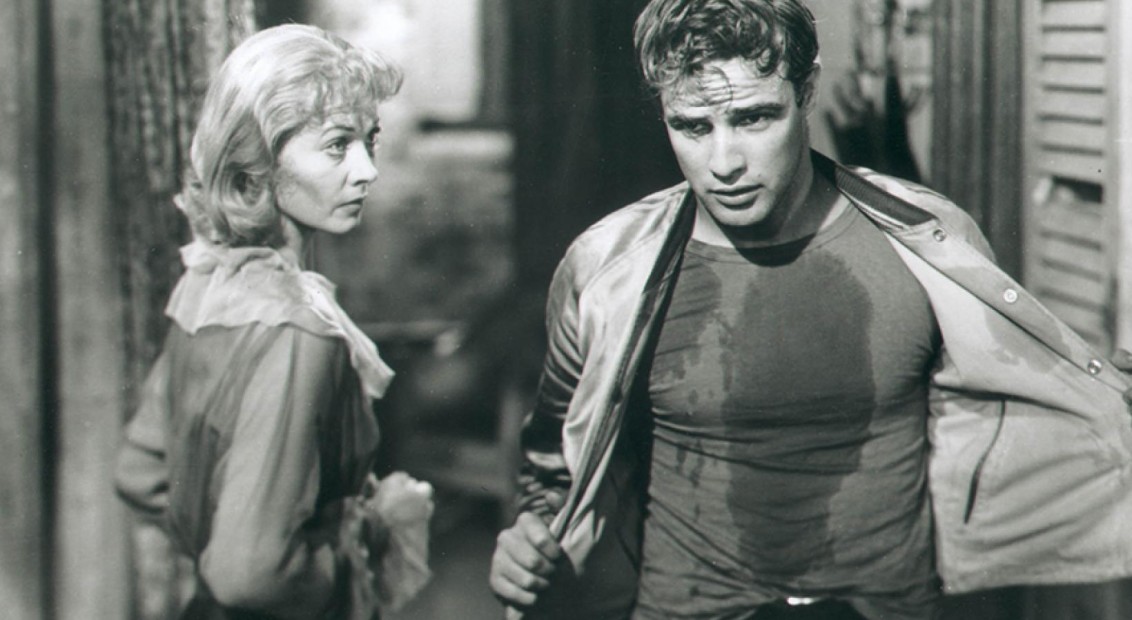 Raise the curtains
Following the Young Vic’s wildly successful 2014 staging of Tennessee Williams’ A Streetcar Named Desire, the award-winning production – and fastest-selling show in the theatre’s history, no less – is being live-streamed on YouTube this Friday via the National Theatre’s new At Home outreach program. Starring Gillian Anderson (The X-Files, Sex Education) as Blanche, Ben Foster (Lone Survivor, Kill Your Darlings) as Stanley and Vanessa Kirby (The Crown, Mission Impossible 7) as Stella, the performance is a perfect way to spend your Friday eve.

Fantastic Man
Made in 2014 by US filmmaker Jake Sumner, Fantastic Man: A Film About William Onyeabor explores the rise of one of Africa’s most celebrated musical exports, whose contributions to funk and Afrobeat are still being felt some forty years after he last produced music.

The legend of Onyeabor is shrouded in mystery and this documentary does well to shine some light on the man, albeit via the people who knew him best, including Damon Albarn, Caribou and Femi Kuti. After self-releasing eight albums between 1977 and 1985, Onyeabor became a born-again Christian, refusing to ever speak about himself or his music again. After he died in 2017, his genius is slowly still finding its way into the mainstream.

Blast away the cobwebs
Choir Boy’s 2016 debut record Passive with Desire shot them to the top of every ‘must know’ and ‘must hear’ list insight – and rightly so. Bursting with layered compositions, fragility and stunning vocals courtesy of frontman Adam Klopp.

The four-piece were meant to be in London this weekend performing at Hackney’s Moth Club. However, they’re not, obviously. So instead, the band will be livestreaming a set via cam. Tune in, get blown away and then catch them live whenever we can finally see live music again (please don’t let it be too long…)

Choir Boy will be performing via livestream on Friday 22nd at 19:00, more information here.

Rat Trap
Premiering on BBC Two this Saturday comes a new documentary tracing the story of the Boomtown Rats. Unpicking their path from five likely lads growing up in the Republic of Ireland during the tumultuous 70s to riding the burgeoning punk wave straight to the top.

As fast-paced as the group’s music, Citizens of Boomtown – directed by Billy McGrath –  not only takes us through the highs and lows of the band, but also paints a sobering picture of Ireland’s national identity crisis during this time. The doc also features contributions from the likes of Sting, Bono and Sinéad O’Connor, whose infamous SNL Pope moment was inspired by the Rats, who ripped up images of Olivia Newton-John and John Travolta after Rat Trap knocked Summer Nights off UK number one.

Rice, spice and all things nice
James Cochran’s acclaimed Angel eatery 12:51 (named after The Strokes’ track) has gone on the road, serving up its gourmet food straight to your door. Whilst the restaurant have been working on plans to offer deliveries for a while, the current lockdown situation has obviously hurried things up.

Big flavours and similar-sized portions, Cochran specialises in Brit food with a twist inspired by his Scottish and Caribbean roots. Basically, anything you choose from the menu is top, but we’d suggest the bang bang chicken if you enjoy a bitta spice in your life.

Bake to the beat
Ever wondered what your favourite musicians get up to in their kitchens? The answers are here. A new, online and freely downloadable cookbook from electronic instrument manufacturers KORG Germany has just been launched and its packed with gems from a number of international musicians, including Objekt, Afrorack, Suzanne Ciani, and Alva Noto.

From the slap-up minimalism of Afrorack’s breakfast (ingredients/method: fry some scrambled eggs, add some rice, add some beans, enjoy with a cup of milk) to Objekt’s lighting fast soda bread and the genuinely delicious sounding Palak Paneer from Angel Deradoorian, there’s enough to cover all tastes and ability levels, including those who prefer their meals liquid and boozy.