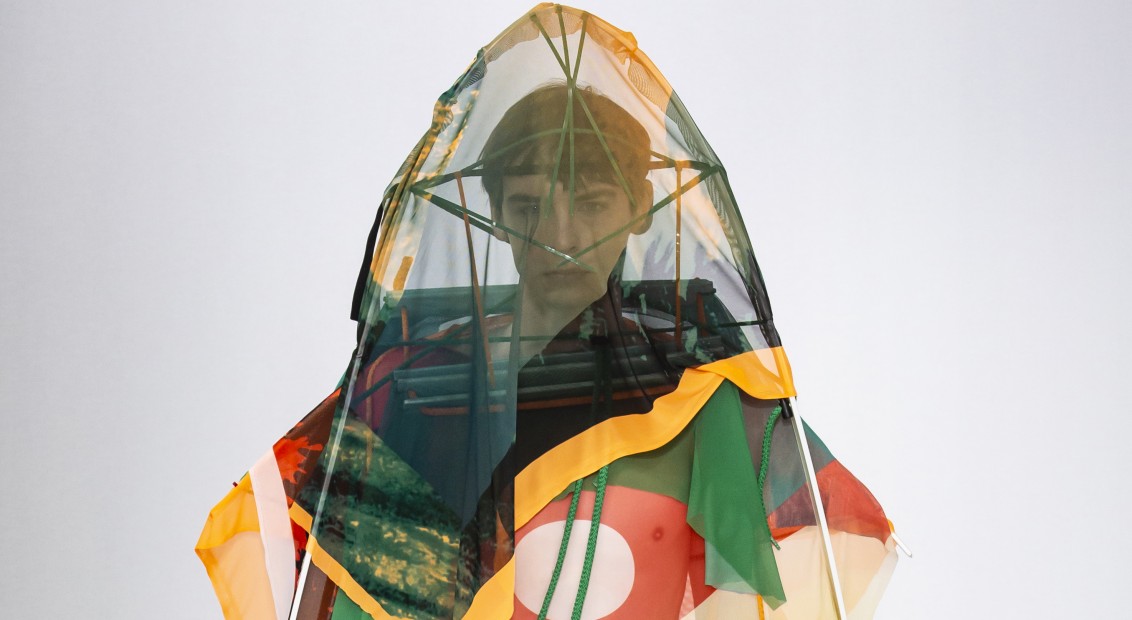 A 'new normal' in fashion

How can the language of trends survive a pandemic?

A 'new normal' in fashion

Since the advent of ‘ready-to-wear’ in the 1960s, the fashion industry has been characterised by regular shows, seasonal fashion weeks and accompanying trend reports. Despite minor changes to this system, these principles of trend and transience remain at the core of fashion, despite mounting backlash from climate crisis protestors. Now, the coronavirus pandemic has shaken these foundations for good. Even Anna Wintour – in a surreal live-streamed interview with Naomi Campbell – has called on the industry to slow down and make lasting change. But as profits fall and companies struggle to adapt, it’s worth asking: how can the language of trends survive a pandemic?

“The whole fashion system as we know it now is rapidly changing, however trends will continue to emerge,” says Carmen Haid, one of the industry’s best-known creative consultants. So far, this change has been focussed mainly on fashion week: Moscow and Shanghai went entirely digital, whereas London is also planning to become gender-neutral from now on.

However, the emphasis on seasonal shows is slowly being put to one side – trend reports will likely live on, but their pace will be slashed. Discussions around the speed of the fashion system have been ongoing ever since Raf Simons left his much-lauded post at Dior, giving insight into the sheer amount of creative output he was expected to generate. “It has become a huge pressure for designers to churn out collection after collection,” Haid explains, reiterating the industry’s enormous carbon footprint. In her eyes, now is the time for brands to produce less, collaborate more and focus on “the human aspect and the transparency of sourcing.”

Last year, Swedish Fashion Council CEO Jennie Rosén stepped ahead of the curve, announcing the “difficult, but much-needed” choice to cancel Stockholm Fashion Week entirely. It was game-changing proof that the system could be overhauled for good, with the support of key decision-makers. In the meantime, she underscores the importance of adaptability and, of course, sustainability.

“For fashion brands to survive on both a short and long-term basis, they need a creative and transformative approach,” Rosén says. More than ever, the emphasis should be on innovation – and that means shedding broad-stroke trend reports to focus more sharply on what customers actually want.

“Designers will explore how to cover and protect those exposed parts of our bodies which are so important in the context of disease transmission, but in a way which is safe and attractive. This may be a natural expansion of athleisure to medleisure.” – Mat Heinl, Moving Brands CEO

Already, designers have been using this time to get seriously creative. Lydia Bolton creates ‘SEWcial Distancing’ kits filled with deadstock fabric and patterns, ready to be ordered and made at home – or pre-made for an extra cost, if you don’t trust your skills. Fashion Revolution took its ‘Open Studio‘ series online to spotlight sustainable designers across the globe, and even brands like Loewe and dunhill have emphasised the importance of community, showcasing their artisans and collaborators through live-streamed events series.

The last few weeks have also seen a spike in ‘work from home’ trend reports, pyjama round-ups and a whole new world of options when it comes to coronavirus face masks. Interestingly, the mood of FW20 was already distinctively apocalyptic, with designers like Marine Serre, Demna Gvasalia at Balenciaga and Paria Farzaneh all ruminating on the idea of clothing as protection against crisis. From Richard Quinn‘s crystal-encrusted, face-covering bodysuits to Craig Green‘s couture hazmat suits repurposed from translucent camo tents, you don’t have to look far to see creative approaches to ‘protective’ fashion. 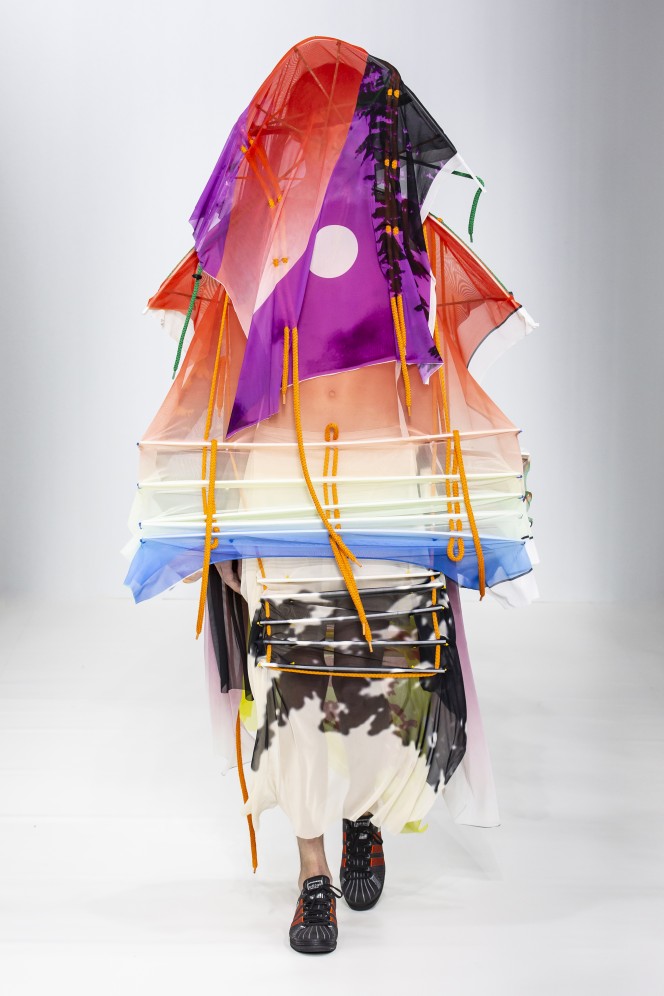 Reports are also beginning to outline the long-term economic impact of the Covid-19 crisis. Although fashion can never be detached from its wider cultural context – the rise of punk against Thatcher, Marc Jacobs being fired for his seminal grunge collection at Perry Ellis – brands tend to respond more subtly to economic shifts. In the wake of the 2008 Recession, Gucci removed logos from its accessories to distance itself from the idea of trends: the aim was to sell products as long-term investments rather than seasonal one-offs.

This ethos also propelled the rise of minimalism in the 1990s, which marked the industry’s exhaustion with logomania as well as a response to a brief US recession at the start of the decade. Especially in today’s hyper-branded world, it’s not hard to envision a return to this stripped-back aesthetic.

Moving Brands CEO Mat Heinl shares the sentiment that trends are unlikely to die out – instead, the language of trends will simply adapt to survive the crisis. “I can see a big focus in apparel specifically for hands and faces,” he says, especially if face masks and gloves become mandatory. “Designers will explore how to cover and protect those exposed parts of our bodies which are so important in the context of disease transmission, but in a way which is safe and attractive. This may be a natural expansion of athleisure to medleisure.” It’s easy to view this as a cynical profit grab, but the reality is that hospitals worldwide are already starved for PPE – ordering the public to wear it too would see yet more hands grabbing at ever-depleting resources.

Then there’s the fact that independent designers need to keep their businesses afloat; it makes sense to move with shifting demand. Already, the likes of Jack Goode, Tia Adeola and Stella Marbles are taking mask orders directly from their followers, whereas Christopher Kane‘s team has been sending deadstock fabric and pattern kits to fans looking to make their own designer masks from home. These are responses to shifting trends that are both innovative and sustainable. 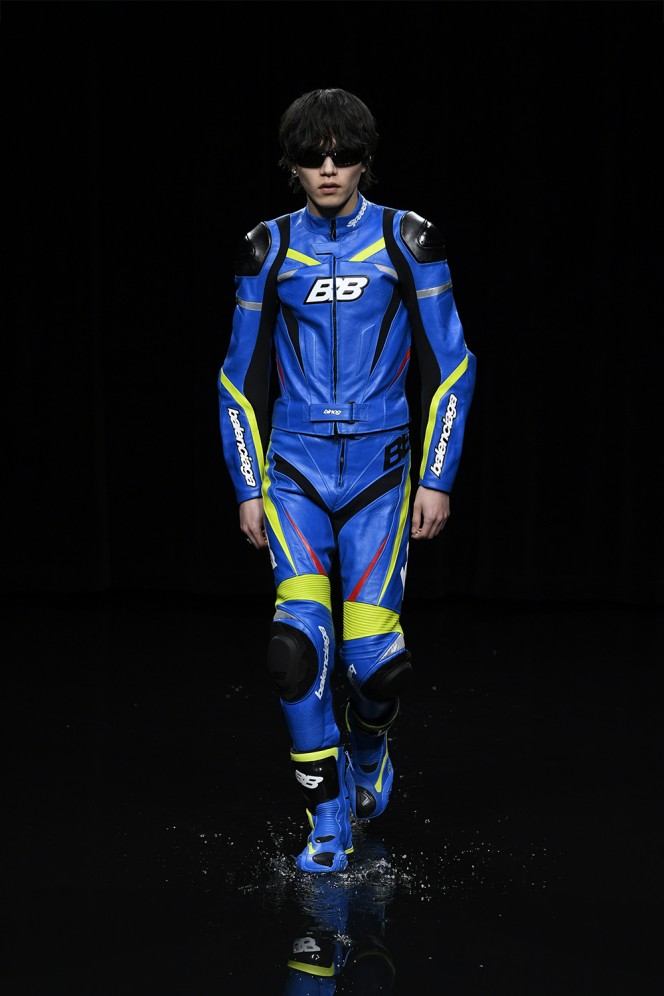 Rosén also points to inspiration from the art world in the form of virtual reality exhibitions, which are being touted as a future solution. Not only do they reduce the carbon footprint of events which fly editors in from around the world – also a huge issue in fashion – they offer a chance to rethink the way we interact with art entirely. “What seemed natural a few months ago is now absurd,” Rosén says of the traditional fashion week format. “It is safe to say that things will not go back to the way they were prior to the crisis. Most of us will probably ask ourselves, “Is it worth it?”, before we fly to these types of events.”

Like augmented reality art, the idea of a wearable tech response to the virus is also being trialled. Rokid Inc. is working on temperature-reading glasses in China, but Heinl indicates this could be just the beginning. “Demand for well-designed and ethically manufactured masks will rise,” he says, “but at a certain point, these could become connected devices in their own right, and form a key link in the chain of wearables that we increasingly use to monitor and protect our health. The kit of parts could include a smartwatch and rings, smart eyewear, connected masks and gloves.” With military personnel already pressuring researchers to home in on wearable tech, these ideas could viably come to fruition.

“What seemed natural a few months ago is now absurd. It is safe to say that things will not go back to the way they were prior to the crisis.”  – Jennie Rosén, Swedish Fashion Council CEO

Ultimately, everyone shares the same sentiments: trends will survive, but there’ll be more emphasis on brands connecting with customers and trialling new innovations. There’s a consensus that the industry will have to slow down, but it’s important that this shift is sustainable – already we’ve seen fast fashion companies cancel huge orders, leading to huge garment worker lay-offs. Reports indicate that unionised workers are first to get the chop, as a kind of punishment for fighting for their rights. The results so far have been devastating, with thousands of – predominantly women – workers in developing countries left poverty-stricken.

Only time will tell whether fashion follows up on its promises to slow down, but there are already positive changes: Haid highlights the success of resale site Vestiaire Collective as an example, stating that “circular fashion is the future.”

For now, the most important challenge is reading the room. With mass layoffs, economic uncertainty and global trauma, the last thing consumers need are tone-deaf trend reports from companies desperate for profit growth at all costs. But there is still demand for fashion, and especially on innovative, protective designs. The system as we know it might be at risk of crumbling, but with creativity, craft and ethics increasingly becoming top priorities, a more sustainable industry could rise from the rubble.