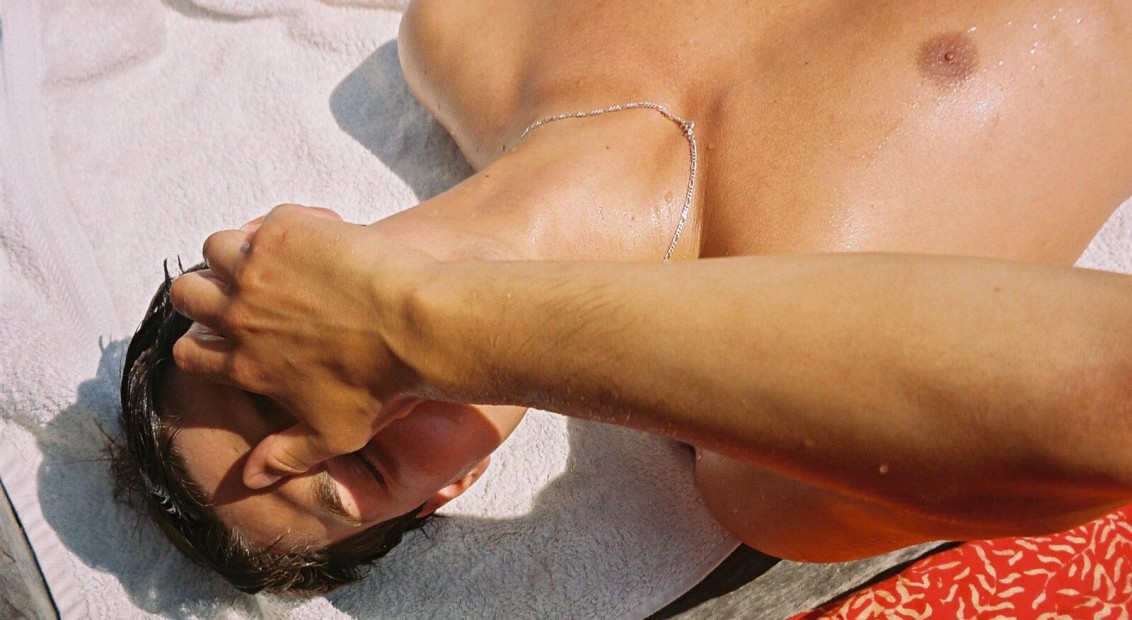 Last summer marked an impressive gear change for Gustav Berntsen, frontman for Copenhagen-based outfit Pardans. Having cultivated a visceral, no wave aesthetic with his band (one born from the Danish city’s notorious Mayhem scene), the musician found himself wanting to strip things back and re-evaluate. Cue Dirt Bike, his new solo project.

Debuting the project last August with Roll in the Hay – a wonderfully languid ode to summer love – this weekend, Berntsen returns with a full-length record – titled World Building – that builds on the track’s lo-fi, introspective nature. Taking the personal and making it universal, the seven-track work sees Berntsen play out life experiences through vivid vignettes featuring young dreamers and lost lovers. Prior to its release, the musician takes us through each track, offering an exclusive insight before the full reveal. 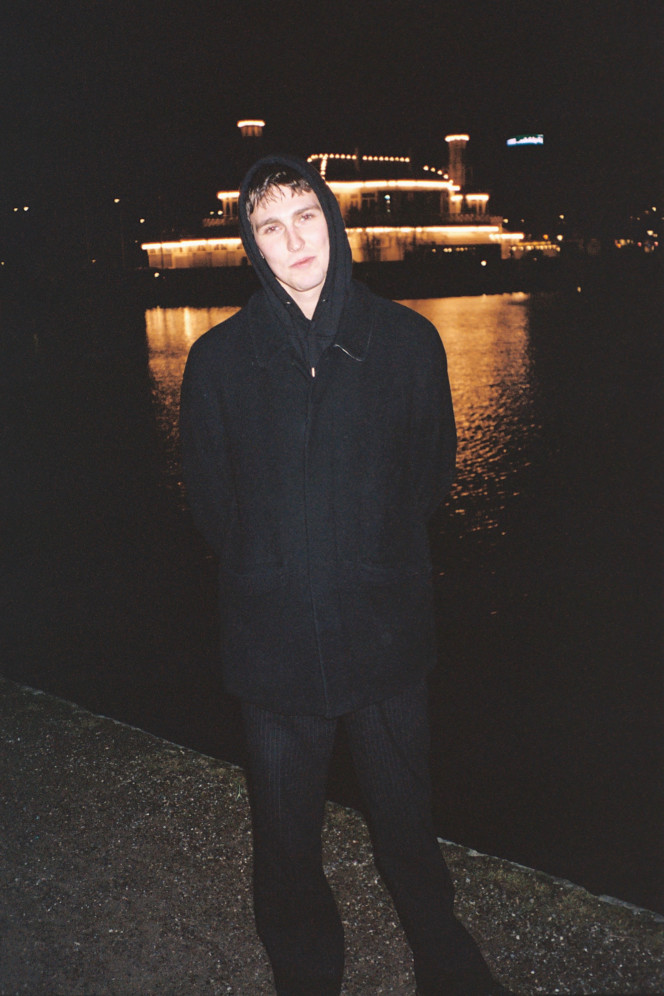 “I think this song deals with death and finding solace in the afterlife. A sort of ecological death. The youths in the song are miserable, obviously, and decide to let themselves be washed away with the sea. I got this picture in my head: two people riding through a sort of overgrown tropical nature that has taken back the city. A dark open sea at night and a cone of light coming from an oil rig into the eyes of someone swimming in the waves.”

“This song follows a young man preparing for and going on a date. I imagine a sort of Bateman-esque man about town. He’s desperately doing his best to make a good impression. His date remains a mystery, she smiles when he’s making grand gestures, but we don’t know the content of her smile. I like the irony in this song. His delusions and insecurity. The chemistry, if it’s real or not.”

“This tune is essentially about transformation and learning from one another through intimacy and experience. Two individuals are spending the night together. One part is taking form as this godlike figure, guiding the narrator through the event.

There’s something special about the vibe of this beat. The essential idea is quite old and I remember hitting Arca up on Soundcloud years ago with the beat; she really liked it. Being a big fan, that meant a lot to me. So I’ve always wanted to find the right use for the beat, and I think this is it.”

“World Building deals with daydreaming and conceptualising a relationship with someone you barely know. I like the intro hook in this song, I remember writing it spontaneously. It’s sung by my friend Søren Friis (we did Roll In The Hay together).”

“This song is a tribute to two teenage favorites: Nirvana and 50 Cent. The lyrics are cut-ups of two songs, I think its quite obvious which ones. It was a fun process, and I think this tune ended up being my favorite on the record. Doing cut-up lyrics is like doing a puzzle. You’ve got these different little pieces and broken sentences, which you put together in different ways to reveal new meanings and messages.

I like the synth that bubbles in the background as well. I arranged it on an old Roland Juno 60 synth together with Rasmus Hastrup, who’s playing bass in our band Pardans. I’ve been into Oneothrix Point Never’s music for years, I’ve always admired how he’s been able to reinvent that instrument (Juno 60) and re-contextualise its classic sound. I think we learned from him and did that on 21 Spirit too.”

“Swim came to me in a dream. It’s a real cliché, but I woke up and wrote down all the details I could recall. I remember being a sort of mermaid or avatar-like creature, swimming and diving dolphin-style in the lakes of Copenhagen together with a teenage girlfriend of mine. The lakes were crystal clear and deep; the vibes were generally very warm and steamy. Weird stuff.”

“Back in 2018 I was touring with Pardans, one night we played Rotterdam and this song feeds off of that experience. It’s also a really depressing song. To me, the narrator is only able to experience beauty in this world being on psychedelics.”