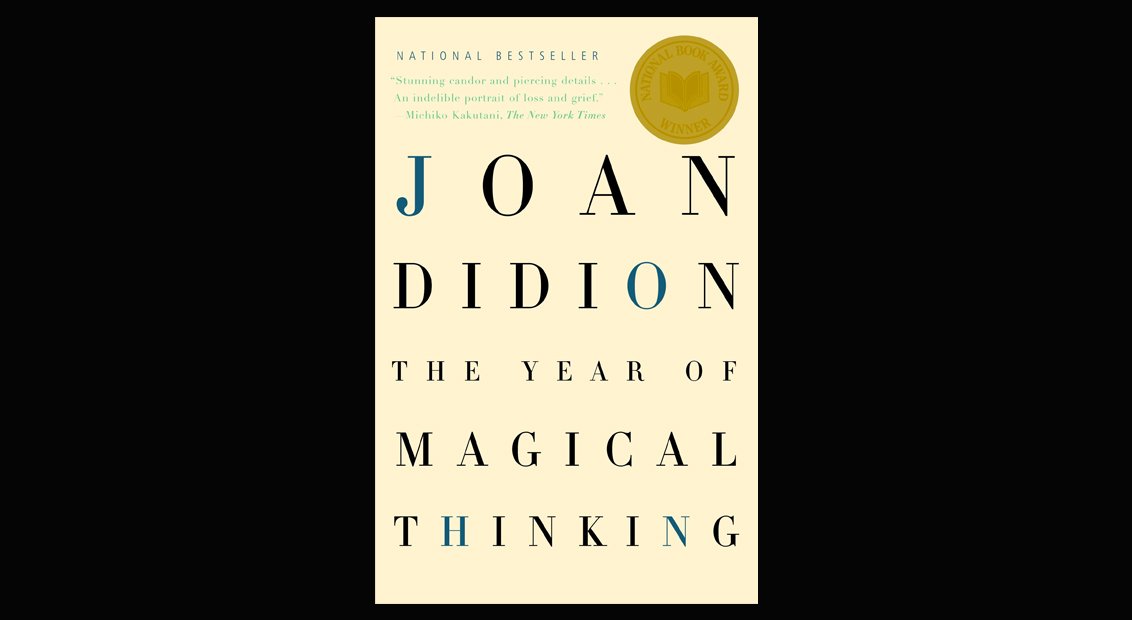 The Year of Magical Thinking by Joan Didion

In terms of book recommendations, it’s hard to know where to begin with Joan Didion. Slouching Towards Bethlehem (1968) is arguably her best-known, a no-holds-barred trip through 1960s counterculture through the lens of essays on acid, activist collectives and America – specifically the dark underbelly of California. It established Didion’s reputation as a curious, insightful journalist, as well as a beautiful writer.

Over the course of several decades, Didion added dozens of fiction and nonfiction books to her portfolio. But her most crushingly personal work, The Year of Magical Thinking, came in 2005, just over a year after Didion lost her husband (fellow writer John Gregory Dunne) to a heart attack.

His death becomes the starting point for this year of magical thinking, which incorporates the parallel story of her daughter, who was laid unconscious in an intensive care unit at the time. It’s a devastating but poignant read, one which sees Didion turn her astute lens inwards to lay bare her own emotions and describe her own experiences.

As always, Didion goes a step further by working in bereavement theory and the idea of “magical thinking”, weaving them together into a book which is part memoir, part study of grief. Although some passages are understandably heavy, what shines through is wisdom and resilience. It’s an illuminating read: a tale of day-to-day survival, but also a commentary on how your mind can be turned upside down and recalibrated entirely by the endless challenges that life seems to pose.

The Year of Magical Thinking is also a landmark book in literary history which, when combined with 2011’s Blue Nights, offers brutally honest insights into the mind of one of America’s most revered writers. If it’s introspection, wisdom and truly mind-altering insight that you’re after, this is the book for you.