Having long refused to disclose their business to friends or family, a new Netflix documentary produced by Ryan Murphy (American Horror Story, Glee) and created by the shop owners’ director daughter shines a light on this enterprising couple, with plenty of fun and smut.

Circus of Books is available to stream via Netflix now.

Decaying leaves
Last month, 180 The Strand opened a beautiful, cerebral exhibition of new work by acclaimed photographer Willy Vanderperre. Entitled hurt, burn, ruin and more, the tightly-curated showing ruminated on beauty and mortality through a series of “flower sculptures”, captured in various states of decay. From plastic-wrapped bouquets to portraits in smashed glass frames, each piece added layers to a visual thesis on the volatility of perfection.

The exhibition was sadly cut short due to the ongoing COVID-19 pandemic, but fear not: the whole thing has now been digitised, published online alongside a lengthy, poetic essay penned by Jefferson Hack. For Vanderperre fans, it’s a chance to delve deeper into his distinctive world and experience a new side of one of the industry’s most revered image-makers.

Exhibition materials can be viewed online at the hurt, burn, ruin and more website. 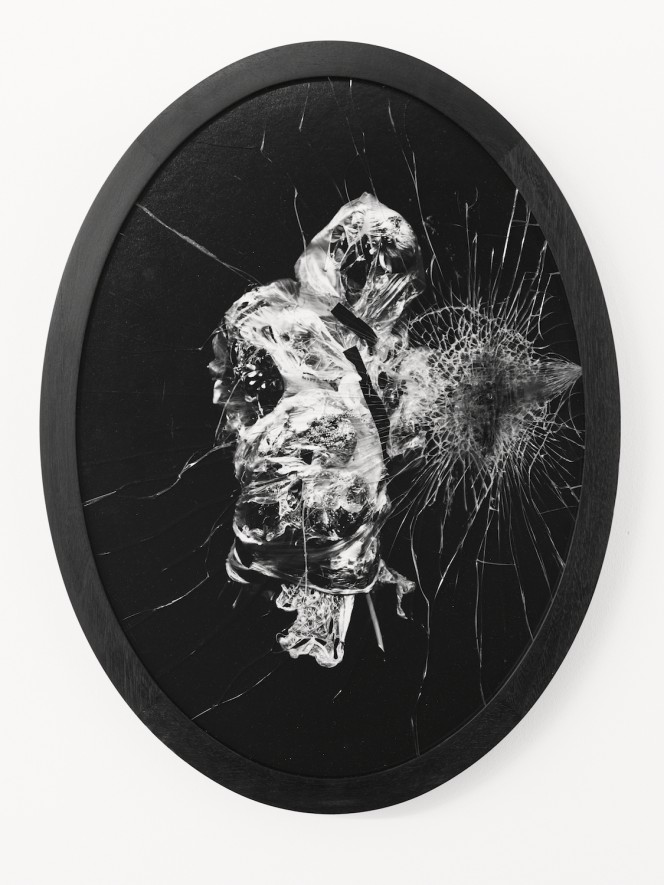 Queen bitch
Written to celebrate the young Queen Elizabeth II’s coronation, Benjamin Britten’s three-act opera Gloriana flopped when first performed at the Royal Opera House in 1953. Telling the story of Queen Elizabeth’s relationship with Earl of Essex as she is caught between her public duty as the monarch and her affection towards the headstrong Earl, who she later condemned to death (spoiler…).

Causing a stir for its flaws-and-all portrayal of the late Queen, Britten swore to never show the opera again, giving it a fraught legacy.

As part of its #OurHouseToYourHouse initiative, Royal Opera House is revisiting the controversial opera, live-streaming its 2013 performance of Gloriana directly to your living room and celebrating its true value.

Gloriana is being livestreamed on the Royal Opera House website on Friday 24th April at 19:00.

Hold the Faught
A new live streaming series from Loewe will culminate with a studio tour from American artist Josh Faught, who last year exhibited his work at Casa Loewe during Frieze Week. Working with textile, collage, sculpture and painting, Faught, whose studio is based in San Francisco, often addresses themes of craft and queer history in his work.

His 2012 piece It Takes a Lifetime to Get Exactly Where You Are for example, used crochet and weaving techniques to tell the story of the feminist craft revival in the 1970 and the concurrent AIDS crisis. Tune in from 10am PDT on Saturday 25 April on Loewe Instagram for what we’re sure will be a stimulating run-through of his practice. 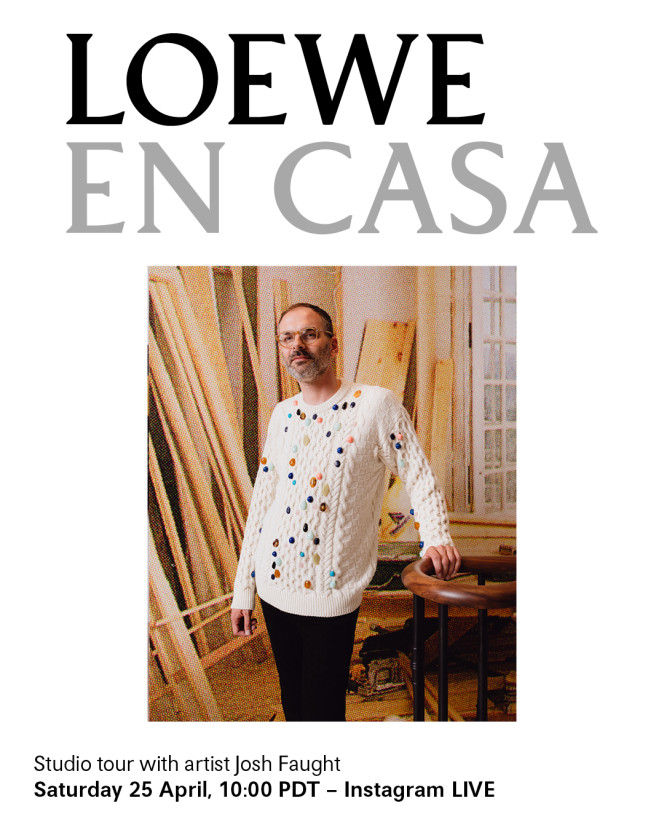 Fingers at the ready
If like us you’ve been spending lockdown buying pointless things out of pure boredom and the excitement of hearing the doorbell ring, you’ll be into the online Peckham car boot sale happening each weekend. Usually taking place IRL in Peckham, the car boot has gone online, connecting people via Instagram to buy and sell.

From huge artificial dinosaurs to vintage Gucci footwear, there’s a little something for everyone. The next sale takes place on Sunday 26th April.

Painted in style
The last few weeks have seen Alexander McQueen launch a handful of lockdown initiatives to keep creatives busy and inspired throughout self-isolation. This week sees a brand new instalment of the ongoing McQueen Creators project, which takes the form of an at-home tutorial led by artist Howard Tangye.

With seventeen years of experience as Central Saint Martins’ Head of BA Womenswear, Tangye is the perfect candidate to reimagine McQueen’s beautiful FW20 menswear collection – and to encourage aspiring creatives to paint their own interpretations, too. In a YouTube video set to premiere later today, Tangye turns his painterly focus to a double-breasted, ivory wool overcoat and trousers, working them into a beautiful portrait. Whether you’re looking to mesmerised by his skills or you’re keen to pick up a few of your own, it’s a video guaranteed to instil a little artistic inspiration. 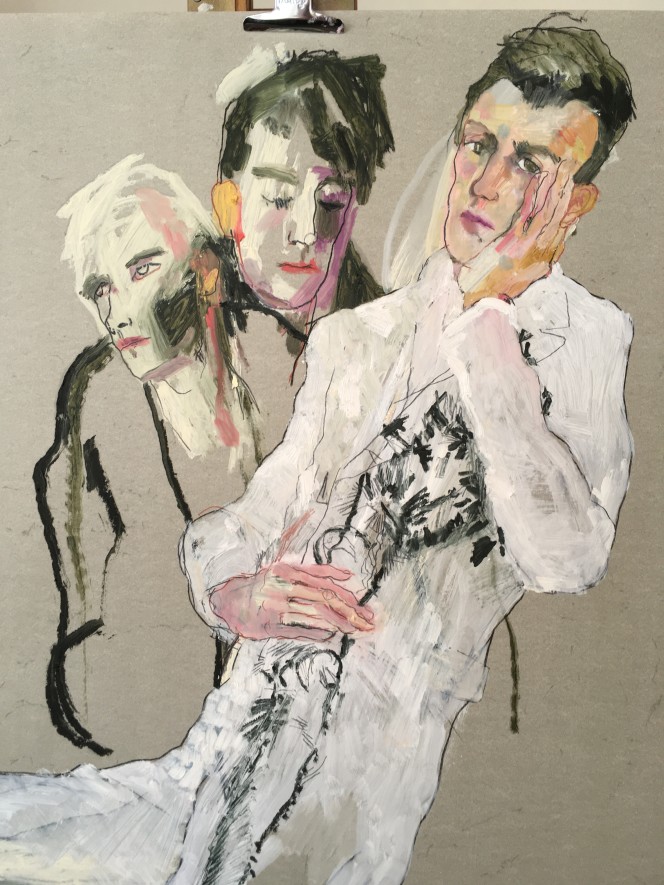