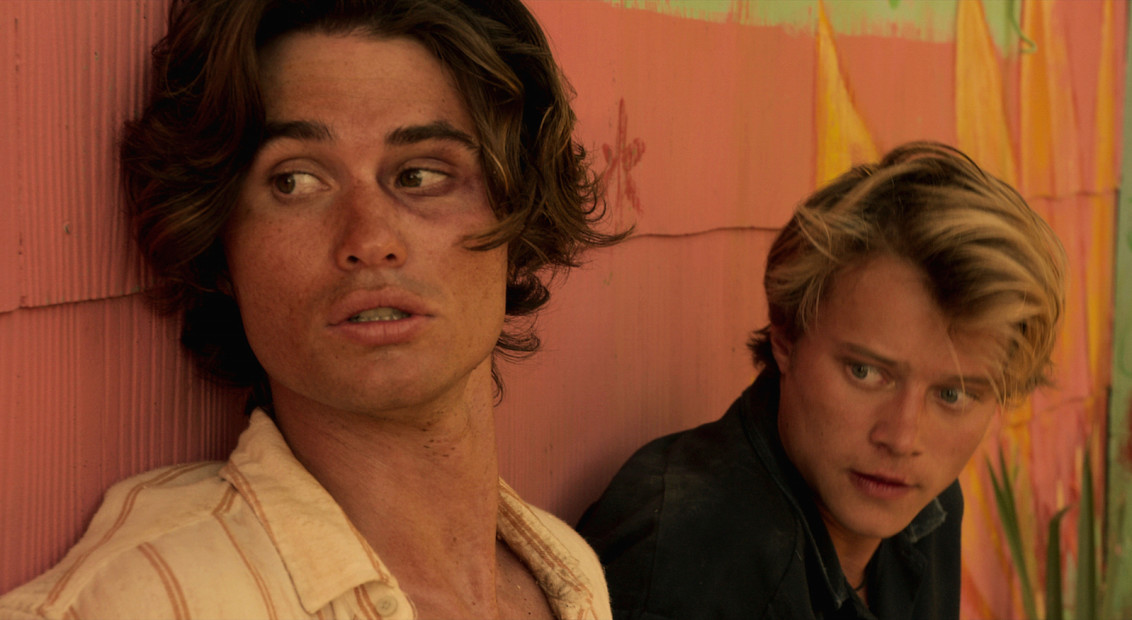 A teenage treasure hunt, MoMA classes and Dior in your PJs

The Weekend Combo is in self-isolation, shuttered at home finding new forms of entertainment that involve staying firmly put. While the usual array of exhibitions, gigs and bars are all off-limits, have no fear, we’ve subbed in the Lockdown Combo and edited together plenty to get your teeth stuck into from the comfort of your own sofa – and you needn’t even get dressed: plus!

Here’s our Lockdown Combo, bringing you the best things to do at home this weekend.

Hammer horror
Matvei turns up at his girlfriend’s father’s door wielding a hammer. The opening scene in Kirill Sokolov’s debut film Why Don’t You Just Die! sets the tone for the rest of the film: a visually-charged, brutal, darkly comedic romp that favours gore and absurdity in mischievous proportions. With shades of Tarantino and a soundtrack Ennio Morricone would be proud of, this is modern exploitation b-movie filmmaking at its most fun.

Why Don’t You Just Die! is available to watch on digital platforms now.

Cleaning up the streets of New York
Set in New York just before the turn of the 20th century, The Alienist is a classic detective story with a twist. In this case our detective is a learned German doctor (Daniel Brühl) who, much to the condemnation of the city’s uniformed police, uses his unconventional Freudian methods to hunt down a killer that is murdering young male prostitutes in the most gruesome of ways.

Together with his accomplices, a newspaper cartoonist Jon Moore (Luke Evans) and secretary to Theodore Roosevelt, the newly appointed chief of police, Sara Howard (Dakota Fanning), this motley crew are not only up against a nimble, psychotic killer but the city’s ruling elite, who are desperate to prevent the investigation from disturbing their status quo.

The Alienist is available to stream on Netflix.

Primarily, the courses are designed with beginners in mind (around 18 hours is the predicted completion time) and come with extensive resources lifted straight from MoMA’s own archives. So whether you’re wanting to understand the political significance of fashion or you’re keen to dust off John Berger’s Ways of Seeing and retrain your critical eye, there’s something for everyone.

X marks the spot
A group of friends in suburban USA discover a long-lost treasure map, with dramatic consequences on the way. No, this week’s viewing recommendation isn’t The Goonies, it’s Netflix’s new series Outer Banks, which may follow a similar arc to the cult 1985 film, but we can guarantee a lot more amped-up drama, sexual tension and sun-soaked cinematography – and no Sloth, sadly. Delving into adolescent anxieties and America’s socio-economic climate, it’s a gripping watch and perfect escapism during lockdown.

Smile and put on a happy face
London’s Freud museum is delving into the psyche of one of the world’s most malevolent and twisted characters: The Joker. Across three two hour sessions, the Museum is offering a livestreamed course unpicking the complexities of DC’s maniacal clown. Dedicated to iconic representations of The Joker, from Joaquin Phoenix’s recent award-winning interpretations through Heath Ledger, Jack Nicholson, Cesar Romero and others.

Referencing texts by Sigmund Freud, Carl Jung, Albert Camus and Friedrich Nietzsche, here’s an opportunity to brush up on your psychology and Batman knowledge at the same time.

The course begins on 18th April, tickets are available here for £25.

Dior deep dive
Back in 2017, Paris’ Musée des Arts Décoratifs launched the landmark exhibition Christian Dior: Designer of Dreams. With over 500 objects and 200 rare haute couture looks on show, the exhibition gave unprecedented insight into the life and legacy of one of fashion history’s most revered designers.

Now, you don’t even have to leave your house to soak in the exhibition’s beauty. In fact, Dior has gone a step further: not only can you take a virtual room tour, you can also see behind-the-scenes of its creation and glimpse the designer’s fabled archives, filled to the brim with staples like the game-changing ‘Bar Jacket’. With its 70-year timeline spanning the reigns of creative directors like Raf Simons and John Galliano, the exhibition offers hours of entertainment for fashion fans to get stuck into. Better still, you can do it without ever changing out of your pyjamas – now that’s luxury.

Nobody likes a soggy Yorkshire pudding, love
There’s nothing worse than a bad Sunday Roast. And there’s nothing finer than a good one. So put down the soggy veg and do it properly this weekend via quality Peckham food joint Coal Rooms. If you’ve been, you know the mouth-watering standard they set, and now you can get their food delivered directly to your front door (caveat: only within a three-mile radius).

Located in the former ticket office of Peckham Rye station, Coal Rooms’ legendary Sunday Roasts (big Yorkies and lots of lovely gravy) cooked over a charcoal grill and oven are available to order, alongside other gems from their menu – the Cep Gnocchi with maitake and enoki is always a winner.