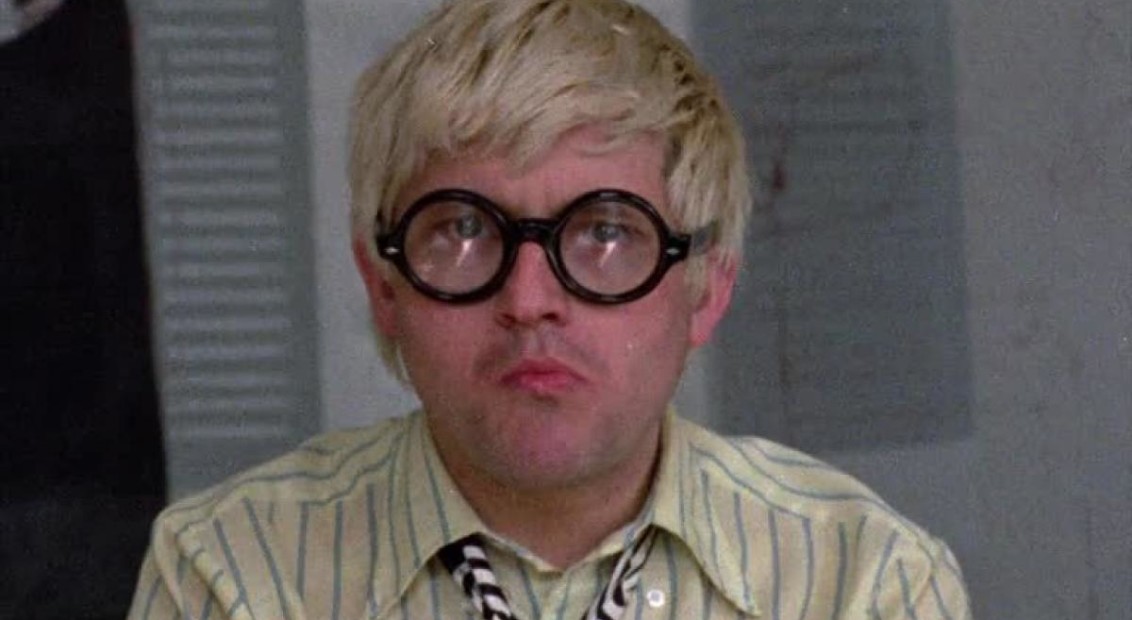 The Weekend Combo is in self-isolation, shuttered at home finding new forms of entertainment that involve staying firmly put. While the usual array of exhibitions, gigs and bars are all off-limits, have no fear, we’ve subbed in the Lockdown Combo and edited together plenty to get your teeth stuck into from the comfort of your own sofa – and you needn’t even get dressed: plus!

Here’s our Lockdown Combo, bringing you the best things to do at home this weekend.

A little splash
Portrait of David Hockney: this beautifully shot thirteen-minute film by David Pearce, available for free on the BFI Player, provides a special insight into the artist’s life and method at the beginning of the 1970s.  Shot from the perspective of a silent observer, the camera moves swiftly between shots of Hockney’s flat, piecing together a mosaic of the artist’s life at a time when he was painting one of his most beloved works, Mr and Mrs Clark and Percy.

The double portrait, which features the newlywed fashion designer Ossie Clark and textile designer Celia Birtwell in their flat, with Percy the cat on Clark’s knee, is shown in development, with Hockney working from individual photographs that he tacks to the wall.

Budding bromance
Arriving on US Netflix at the beginning of this month is Mud, the 2012 film by Jeff Nichols starring Matthew McConaughey (Mud), Jacob Lofland (Neckbone) and HERO 15 cover star Tye Sheridan (Ellis). Set in a small Arkansas town, the story follows Neckbone and Ellis, two friends who discover a hermit (Mud) living on a beached boat on the Mississippi.

Drawn to his mystery and paternalism, they help piece his broken life together while trying to reunite him with his sweetheart, Juniper (Reese Witherspoon). When Mud’s shady personal history catches up with him, calling his morality and identity into question, the boys quickly find themselves in over their heads, risking their lives for a man they barely know as he is hunted down by gun-slinging vigilantes.

Mud is available to stream on US Netflix and Amazon.

Not all superheroes wear capes
While Marvel has now become synonymous with its blockbuster, tent-pole movie franchises, lest forget its comic book roots. Now, Marvel Unlimited, the company’s digital subscription service, has released a slew of free reads available for all. From the Avengers to Spider-Man, Captain America and X-Men, it’s a treasure trove of comic legend and lore. What better way to escape from our current situation than by immersing yourself in a universe even weirder than our own?

“I can’t stand real things. If I could put up with reality I wouldn’t be in here.”
While most of the world’s biggest institutions have had to close their doors, it’s given many an opportunity to share archival deep cuts that had previously been collecting dust. Covent Garden’s Royal Opera House is the latest to join the streaming party, having announced #OurHouseToYourHouse, a programme of performances ready to be transmitted directly to your front room. Tune in each Friday in April at 19:00 GMT for a live-streamed opera or ballet. This Friday it’s the Opera House’s 2010 performance of Mozart’s comic drama Così fan tutte.

The New Abnormal
The Strokes are back. Making this Good Friday great, the NYC band have returned with The New Abnormal, their sixth album and first in seven years. Pushing their sound to new levels, this latest work sees Casablancas and co at their ice-cool best, sneering and soaring just as they did in their 90s pomp. Released on the hottest weekend of the year so far, blast this one out the speakers and enjoy.

Virtual Warhol
Just before lockdown, Tate launched a major Andy Warhol retrospective that we were all eager to visit. Sadly, the gallery has had to shut its doors for now. However, you can still get your dose of Campbell’s soup cans and Cowboy Elvis’ via Tate’s new virtual tour created by the curators of the exhibition, who take you around the show with an extensive guide to Warhol’s life – from the artist’s parents’ immigration papers to his works grappling with mortality and death. Featuring over 100 works by the Pop artist, the show also boasts twenty erotic drawings that Warhol tried exhibiting in 50s NYC, only to face homophobic rejection from gallery owners.

Plus, the show has also been extended until April 2021 (IRL), so there’s still plenty of time (hopefully) to see the works up-close.

A taste of King Krule
Following the release of his brilliant, third record Man Alive!, King Krule was poised to blow us all away on tour across Europe and North America… sadly, these dates have now been rescheduled for Autumn. To see you through the wait, the South London musician has released his first live performance of new material, recorded pre-Lockdown for Echoes – a live performance show on French TV channel Arte, hosted by Savages’ Jehnny Beth.

Featuring six new tracks from Man Alive! alongside two from The Ooz (2017), the 30-minute video is a taste of what’s to come for fans eager to catch Archy’s live performances later this year. Watch the video below.

King Krule’s episode of Echoes will be broadcast in full on Arte on 1st May – including a roundtable discussion hosted by Jehnny Beth.

A New Black Vanguard
David Zwirner galleries are here for all our lockdown needs. Last week they announced Platform, a series of curated virtual exhibitions spotlighting designers in select cities around the world, alongside their ongoing Dialogues podcast, which this week features photographer Tyler Mitchell – who recently launched JW Anderson’s Instagram Q&A series – in conversation with Antwaun Sargeant.

Both have carved out formidable careers in the art world and spoken candidly about barriers facing marginalised artists, but in this candid conversation, they delve deep to discuss shifting power dynamics, the potential pitfalls of social media and the revolutionary black artists who paved the way for today’s young, black creatives to truly thrive.

Posh takeaway
One of the silver linings to this whole isolation business is that some of London’s best restaurants have started doing takeaway orders and deliveries. While you may be missing out on the atmosphere and priceless overheard conversations, nobody can deny the ultimate luxury of chomping away at gourmet grub from the comfort of your own house.

Hackney Road hotspot The Laughing Heart has added its name to the list of restaurants reinventing themselves as a delivery service. Offering their full – and very tasty – wine list, they also have available a whole range of food, from homemade chutneys and cookies to stomach-fillers including spaghetti bolognese and mutton stew. Or opt for one of their three set menus for the best three-course meal you’ve ever eaten on the sofa (signature pink napkins included – bringing a taste of The Laughing Heart to your gaff).

Our online shop is live! Please hit our website through the link in our bio to support us through this difficult time and also to let us support you! All the wines from our list at retail prices, hot food delivered, ready meals to finish at home including a delicious selection of TLH frozen dumplings. We also have wine glasses, our signature pink napkins & candles to bring something of The Laughing Heart to your home. Lastly, if you would like to purchase a voucher for when we return it would be a tremendous support at this time. We miss you, stay safe x

Classic drinks delivered in a classic car
Or, if you’re aiming to enjoy this bank holiday weekend like any other, stick with Bethnal Green boozer The Sun Tavern. Throughout quarantine, The Sun has been keeping us sane, with Umbrella Brewery’s Andry Kerr delivering our favourite thirst-quenchers across London in his 1980 MG – named Justine after Justine Frischmann from Elastica (obviously).

If you’ve ever had the pleasure of drinking in The Sun, you’ll know their familiar range of beers, wines, spirits and good times. Sadly the good times are on hold for now, but all the liquid refreshers are certainly in stock. Get yourself a quarantine kit filled with goodies galore, or do as we do and treat yourself to a bottle of Straw Boys Poitin – what else are you gonna spend your money on?