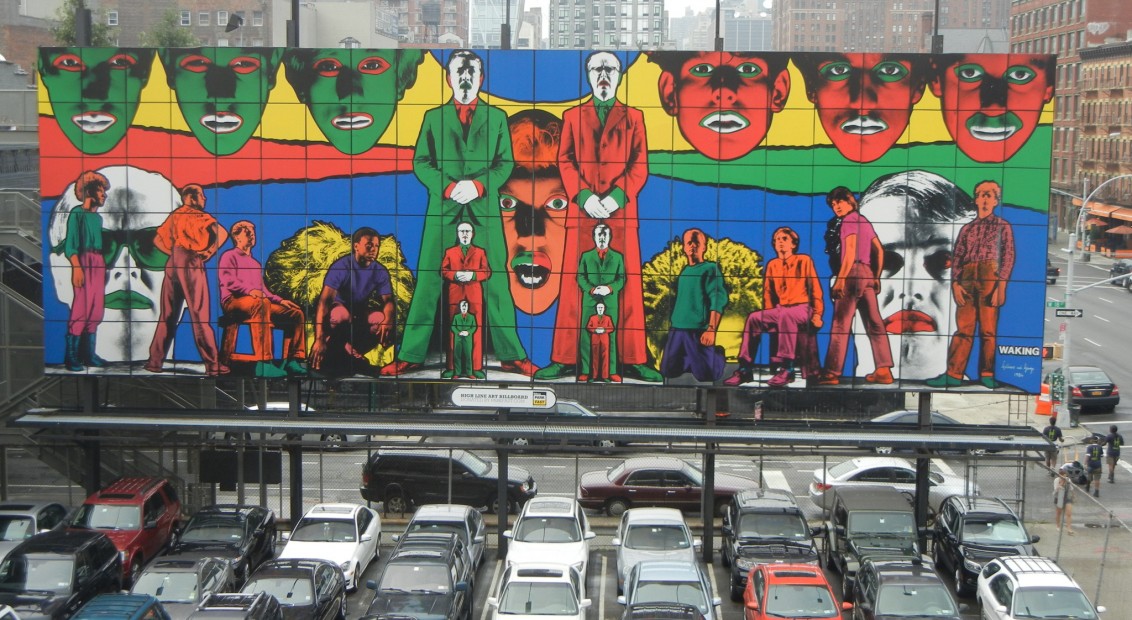 Every three years, Folkestone is transformed into a public gallery, attracting visitors from across the globe for a program of international artists whose work is displayed throughout the town. Since its 2008 inception, the Triennial has provided locals and visitors with an opportunity for collective introspection, showing works that address the town’s past, present and future.

This year’s list of twenty artists for the 2020 Triennial has been announced, with the inclusion of iconoclastic duo Gilbert & George stealing all the headlines. The pair will plaster a number of their trademark designs on giant billboards that will appear across Folkestone, following several similar commissions for New York’s High Line Billboard. Though it is not known which works they will reproduce, the theme of this year’s Triennial is ‘the plot’, as a literary device, a physical location and the concept of place-making. Other artists include Richard Deacon, who will install a series of granite sculptures, and London-based designer Morag Myerscough, who will design a 75m long mural.

The line-up for Folkestone’s fifth Triennial builds on the legacy of previous works that now form permanent landmarks of the town’s identity. During its inaugural edition, Mark Wallinger’s Folk Stones paid homage to the town’s key role during World War I in transporting over 1 million soldiers to France and Flanders. Set along the town’s historic Lea’s promenade, this permanent work features a square of 19,240 numbered beach pebbles, commemorating the exact number of lives lost on the first day of the Somme. Tracey’s Emin’s Baby Pieces meanwhile, also shown in 2008, sees bronze casts of baby items – mittens, boots and teddy bears – scattered across Folkestone as though dropped from a buggy. The miniature casts are a poignant reflection of the town’s high rate of teenage pregnancies.