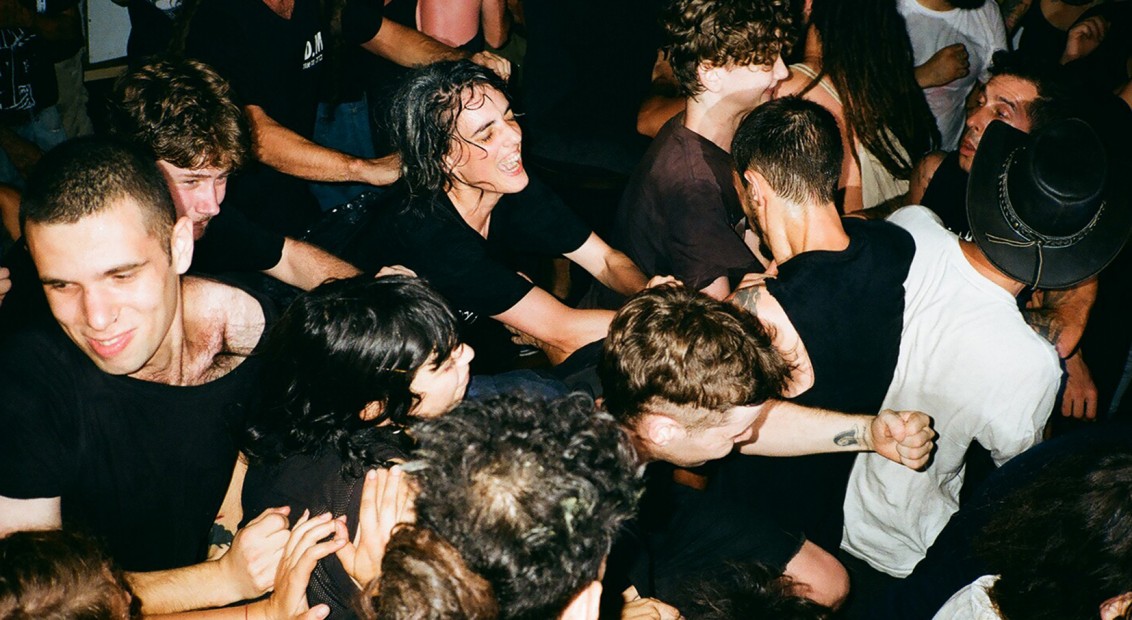 Newly settled in London, Tel-Aviv born photographer Tom Marshak has long been fascinated by underground nightlife scenes across the world. Working deep into those luminous hours of the morning when hours fade into one, he aims his lens towards the rolling, heightened emotions of a night out, capturing the night owls who let loose after sunset.

Offering a glimpse into subcultures that come to live between dusk and dawn, Marshak’s practice is a constant, unpredictable path of discovery where two nights are never alike. Inspired by the connection and imprint of the environment on the individual and the way people change depending on their surrounding, whether documenting an outpour of emotion in the eye of a mosh pit or the ethereal darkness of the dancefloor, for Marshak, the results reflect the unifying spirit of each unique scene.

A hymn to camaraderie and hedonism, below Marshak talks us through six of his defining nightlife images. 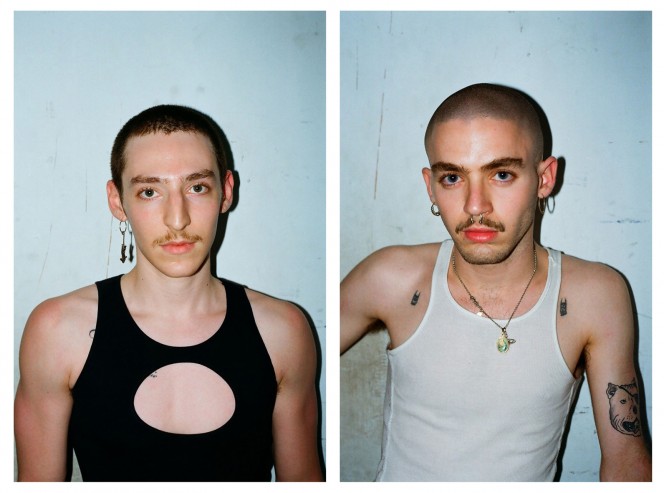 Above image: “I’m so thankful for music – it never dies and constantly evolves. Even when tapping back to previous decades, the new generation charges it with something new while maintaining respect. Music is one of our core forms of culture, it’s influencing the way people act and dress and gives shapes to periods of history. Beyond the live documentary, I photograph people in the act – at clubs and gigs. I sometimes like to disconnect these people from their surroundings and capture them on a blank wall, which can highlight many small details that tell a bigger story.” 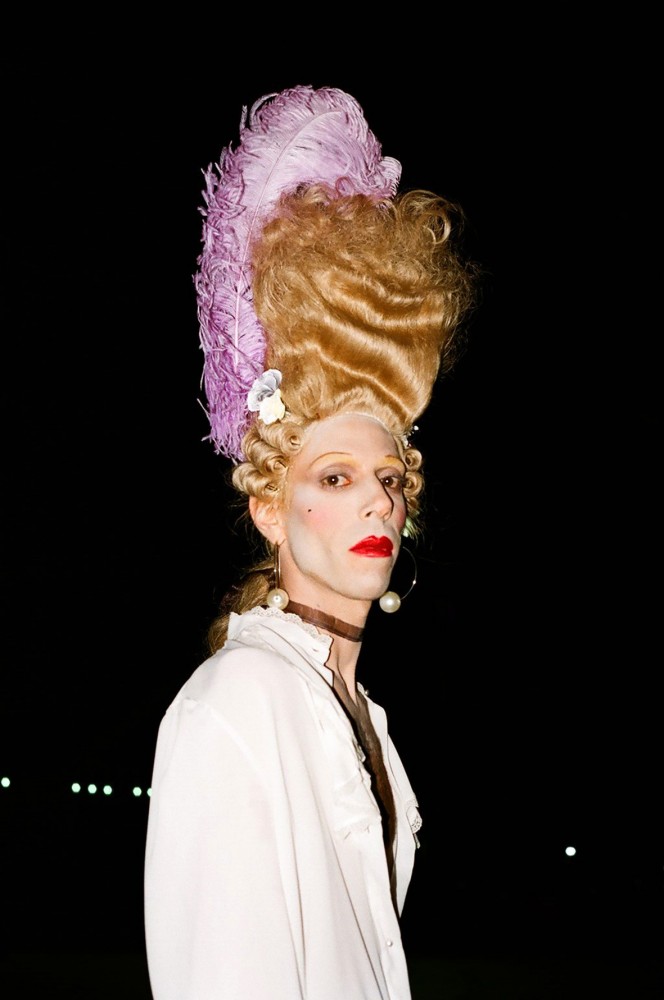 “This portrait accompanies the cover of my recently published first artist book – titled a Diary. Located on the boundary between fashion and art, between nightlife and the characters I know from everyday life, this image draws a line between the two. The photograph shows the makeup artist, performer and unique sculptor Mr Vakil wearing a white cotton shirt with an elevated lace collar, as an alternative figure of Marie Antoinette looking straight into my lens.” 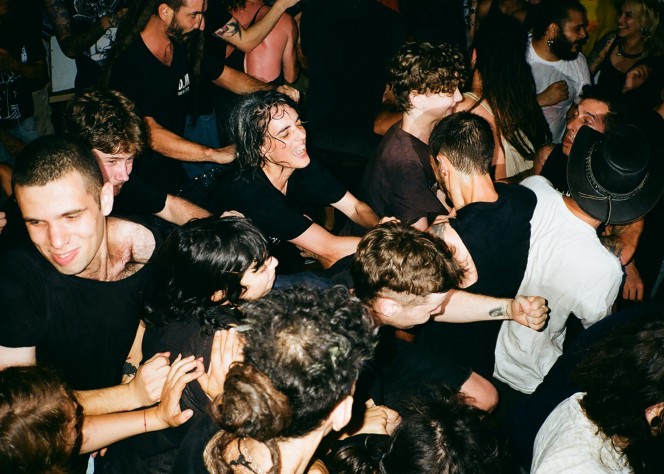 “I took this pogo moment in one of my favourite corners of the Tel-Aviv night scene, the Zimmer. The image is one of a series of pogos that I love to capture – in the midst of energy, noise and mess. When I look at it from a distance, it always reminds me of a Renaissance painting: the interaction within the canvas of the camera frame happens to be a complete world, accompanied by complete silence and an eternal moment of chaos.” 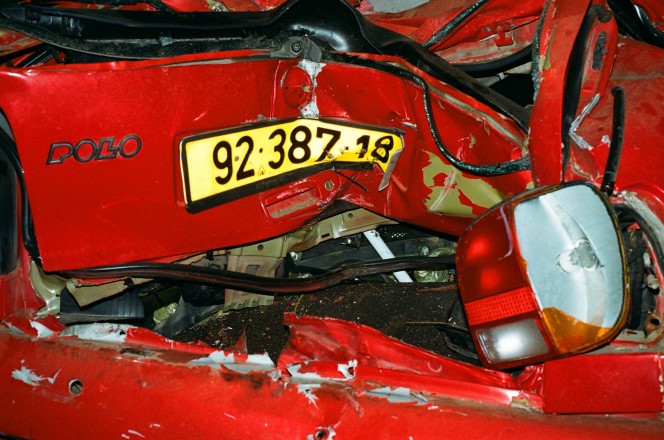 “As part of my nightlife scene and portraits, I’m also very attracted to landscapes and objects which are affected by the culture and environment around them, in a similar way to people. There was a time when I used to travel around junkyards, just staring at wrecked cars and imagining the stories behind them: who used to own that car and what happened to it?” 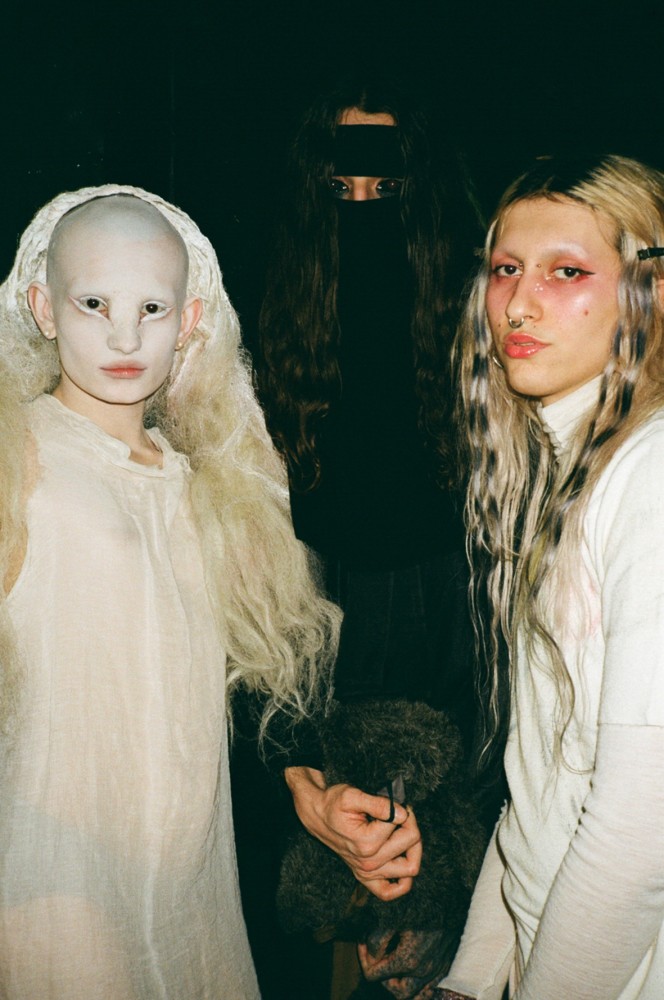 “I was invited by the stylist Matt King to meet the performer NAKED on her EP release at Wraith club, London, and take some backstage Polaroids. During that time, I became so excited and influenced by the energy around Wraith and got to know some of the most interesting people in the scene, such as Salvia and Michael Moon (pictured above).” 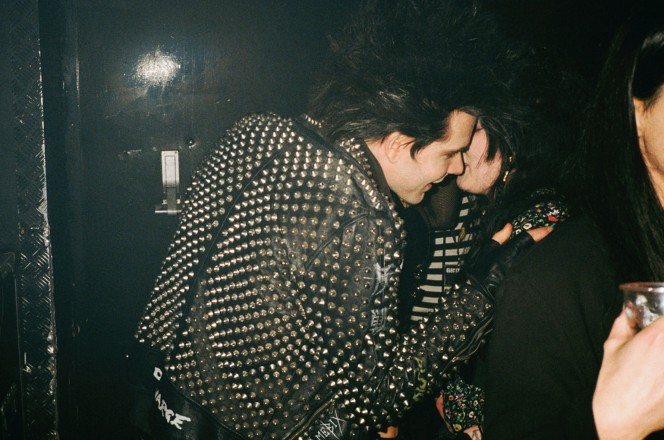 “I’ve been to a lot of punk events in my life, at different locations around the world, but there is something special about the London scene. Something so diverse and inclusive, it maintains the original punk vibe of the late 70s. I’m addicted to searching for those moments of vulnerability between people and the soul behind the garments and makeup.”