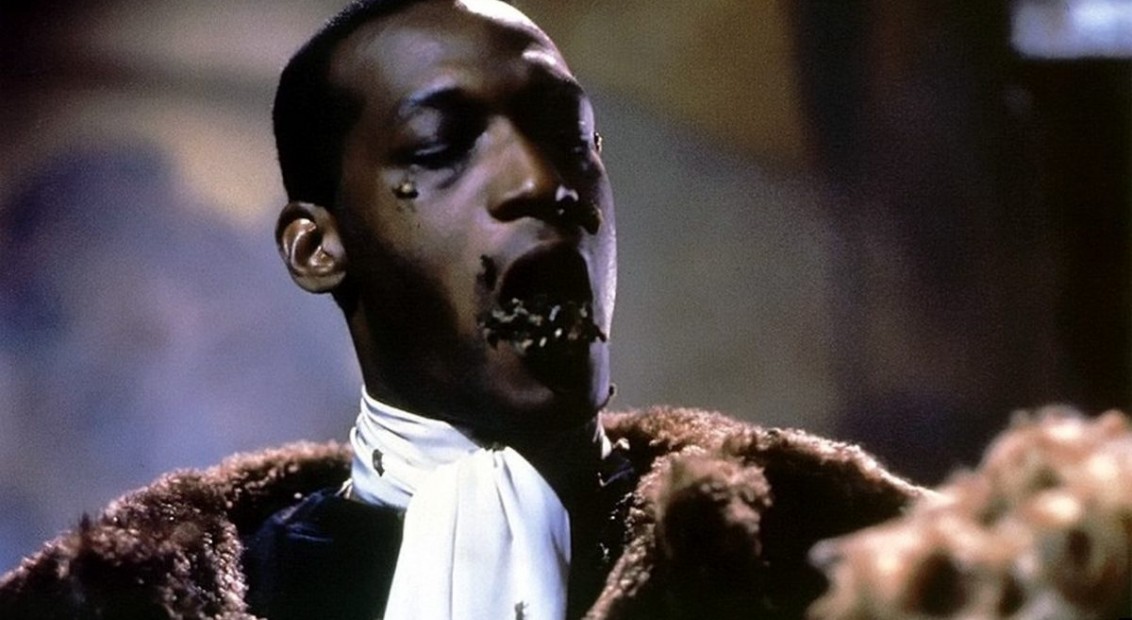 When Candyman was first unleashed on audiences in the early 90s, it spawned a generation of viewers unable to look in their bathroom mirrors at night. Following in the footsteps of Psycho, The Shining, Silence of the Lambs and Jaws, Candyman embedded itself within a collective, universal angst, pinching nerves in ways conventional gorefests of the time could not.

In the 1992 version, we learn that Candyman was the son of a slave and an aspiring artist. After falling in love with a white woman, his arm was cut off by a lynch mob hired by his lover’s father, who covered him in honey to attract bees that stung him to death. After his body was burned, his ashes were scattered in the area where the notorious Cabrini-Green housing project now stands on the Near North Side of Chicago. On saying his name five times in the mirror, residents fall victim of the Candyman and the bloody hook that protrudes from where his right arm once was.

The film’s trailer, released yesterday, offers a first glimpse into Peele’s re-working of the original story. Set in the now gentrified Cabrini-Green housing project, the film’s protagonist, Anthony McCoy (Yahya Abdul-Mateen II, Us), is a visual artist who unknowingly survived the first film as a baby. Fascinated by the legend of Candyman, he becomes the focus of McCoy’s work, until the ghosts of his past return with a lust for blood.

Starring Teyonah Parris (If Beale Street Could Talk) and Nathan Stewart-Jarrett (Utopia), the film will also see a number of returning faces from the original, including Vanessa Williams (who played Anne-Marie McCoy in the original, Anthony’s mother) and the original Candyman himself, Tony Todd.

Speaking on her inspiration for the new film, DaCosta spoke of the radical social developments that have taken place in Chicago during the intervening period. “Gentrification is what helped us reimagine the story because Cabrini-Green is gone,” she said. “The movie from the 90s has a vision of Cabrini-Green where it’s sort of on its way to being knocked down, so going back there and seeing what’s happened around that area … what we do in our film is talk about the ghosts that are left behind.”

Candyman is out in cinemas on 12 June.