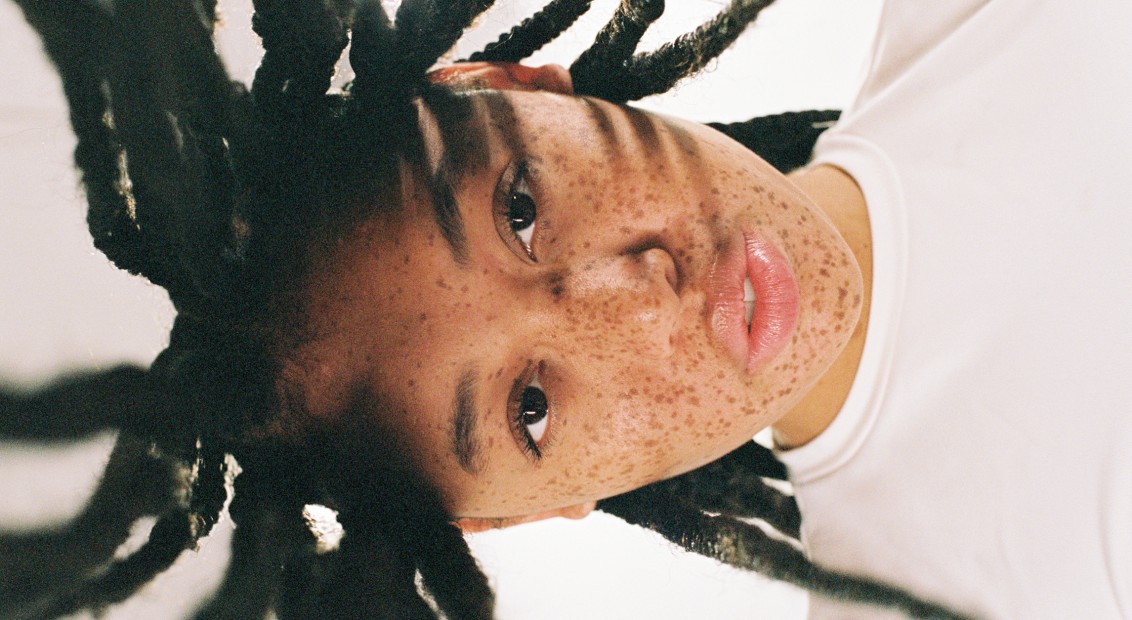 Between traveling in private jets and touring the world with the likes of Troye Sivan, it makes sense that photographer Zhamak Fullad would describe her life as an “exaggerated sitcom comedy.” What her proximity to celebrity does, besides making for a ton of crazy stories, is give her work a strong sense of intimacy: she doesn’t just shoot her subjects, she forms a connection with them – a practice she also applies to her editorial work.

At the core of Fullad’s work is a fascination with telling stories about people, which is why one of her current personal works is a feature film script about a group of friends dealing with addiction and depression. It seems that in tandem to her success in the music industry and the glamour of it all, the Iranian photographer is slowly cultivating a darker and deeply personal body of work.

Below Fullad discusses her head-spinning ascent from photographing club nights to touring with Skrillex, her experiences as a female director, and her ambition of becoming one of the greats. 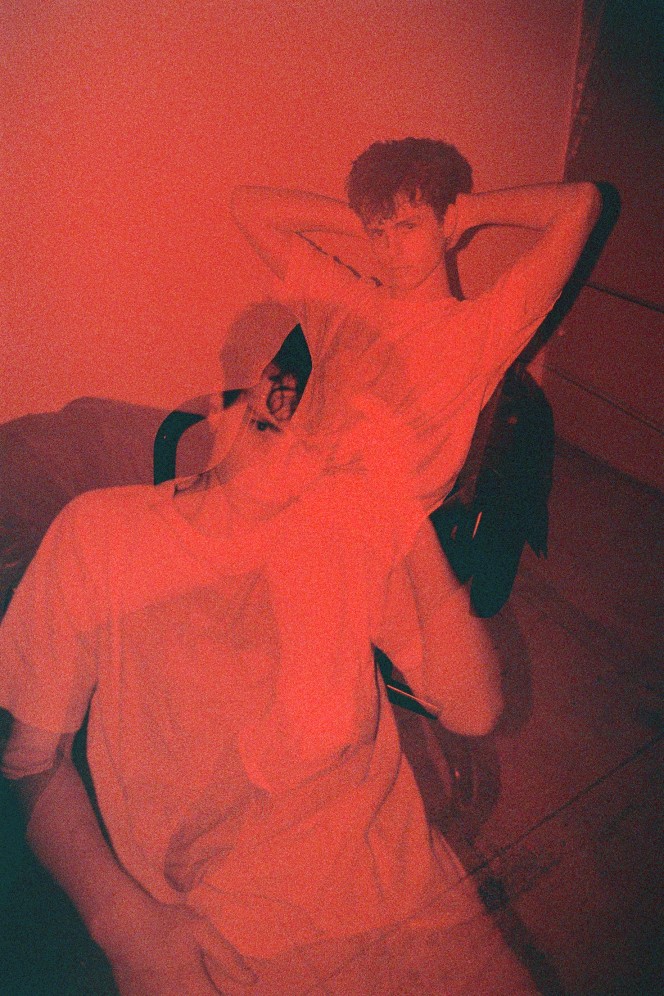 Lee Phillips: What was your introduction to art?
Zhamak Fullad: I was introduced to art so early. I grew up constantly stimulated by art, my dad is an architect and my mom is an artist and art professor. But I was also obsessed with science. I always thought the body was so cool.

LP: That’s an art in itself.
ZF: Yeah, but you don’t think about that when you’re ten. My mom would force me to draw and do realism, sit and shade. I hated art at first and that didn’t change until way later. I wanted to be a heart or brain surgeon. I did three and a half years of pre-med, at University of Vancouver before I realised it was like fourteen years of school altogether, so I dropped out last minute. I always wanted to be a cartoonist, I was obsessed with Shell Silverstein’s work, his illustration work is fire. Sometimes I see my world like those drawings – it’s dark poetry.

“…I’m adding to the vision of the tour just as much as anyone else – I’m making art about your art.”

LP: What were you shooting when you were in college?
ZF: My friends. I was working at a bunch of clubs in Vancouver, full time in school and doing event photography. I would just look at people sometimes and be like, “Oh you’re pretty, I want to shoot you.” Then I dropped out of school and was like, “Wait, are you telling me that I get to take photos of my friends and have fun and get paid for it?” So for a year I was just supporting myself doing club photography. I moved to Toronto and worked at coffee shops, but that’s where I met Kid Studio. Within the first week of moving there, they gave me keys to their studio. I was like, “Oh my god, these guys make the best music videos and they think I’m good?” I exploded into butterflies. That’s also when I first started doing BTS music video photography. I started travelling a lot and began working with Noisey. I covered a couple super early Rolling Louds for them. It wasn’t a lot of money, I mean, I was on social assistance, but I knew I could make it work.

LP: What was the first tour you shot?
ZF: Skrillex in 2018. We went to Australia for two and a half weeks for a festival tour with A$AP Rocky and Brockhampton, so you already know shit was crazy. We had a lot of fun because we were all booked in the same hotel. It was a great crew and I got to be on a private jet the whole time.

LP: What was the energy like?
ZF: I mean, the whole time I’m just thinking, “One day I’m going to be like that. I’m going to be an artist myself that people want to talk to.” And I’m adding to the vision of the tour just as much as anyone else – I’m making art about your art. 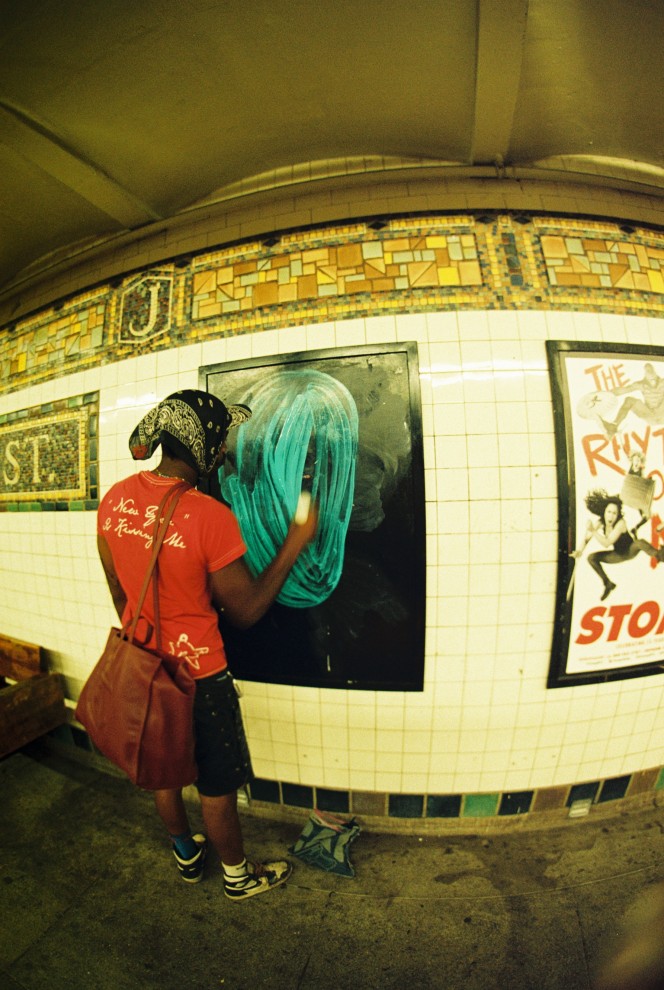 LP: How do you think your childhood has formed the specificity that you bring to your work?
ZF: [takes time to consider] I think that I will finally be able to express myself with the movie I’m working on. Sometimes I think I get it with my photos, the lighting or the mood. I look at my photos, especially if I’m printing and enlarging for a show, and it feels like I’m saying something to myself, from myself. I don’t portray myself, my childhood or culture in my photos, which is a problem. I shoot so much music, how am I going to? In my culture, western music isn’t even allowed. It’s haram, it’s ‘illegal.’

LP: Do you feel that cultural tension, now?
ZF: Absolutely. Imagine being from somewhere that is so problematic in the media. It’s like, “What am I doing to show that it’s not as fucked up as everone says it is?”

LP: What do you want people to know about Iran that they may not?
ZF: That kids are the same everywhere we go. We all do the same bullshit. I was working on a short film that captured kids in LA, NY, Toronto, Tokyo, Paris and Iran and put it all together to just say, “Look, we’re all doing the same shit.” But I never ended up putting that together. I still have time. I can’t force it.

LP: Tell me more about your movie.
ZF: It’s about addiction and depression and all the corny things. I’ve been journaling about it for years now. I even like diagram certain shots and draw scenes out. Everything I’ve been shooting on my travels, I realised it’s all just references for my movie. It’s all practice.

LP: How has directing music videos been for you?
ZF: It’s a lot of people telling me I have an attitude. It’s great. Love that. Male directors can be assertive and no one will tell them anything. They will keep hiring them and working with them and telling them they are visionaries but the second a woman is like, “I don’t like the way that looks,” I’m a bitch. Like, “Sorry, I’m trying to be great. Not mediocre. I’m not trying to be quiet. I can cry on set if I want. [impersonates Drake] It’s my set and I can cry if I want to!”

“Everything I’ve been shooting on my travels, I realised it’s all just references for my movie.” 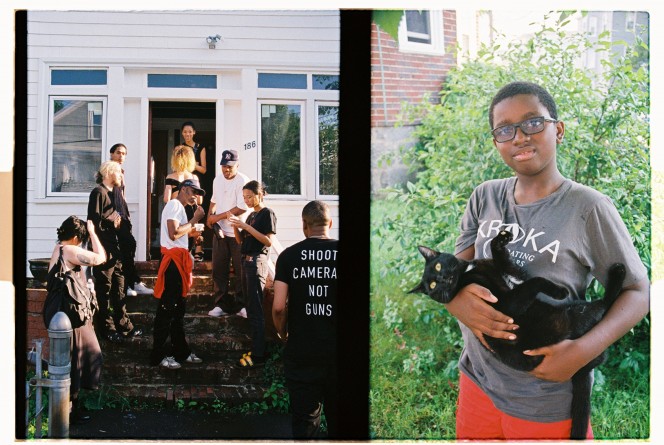 “Honestly, I’ve taken my name off a lot of work I’ve done, things can get miscommunicated and lost when you work with labels. Sometimes it’s not your vision anymore. “

LP: [laughs] What was the first thing you ever directed and how was that experience?
ZF: It was for my best friend Saia. She flew to LA and we shot it here on VHS. She really boosted me. A lot of people talked about that video and it’s still my favourite to this day. Honestly, I’ve taken my name off a lot of work I’ve done, things can get miscommunicated and lost when you work with labels. Sometimes it’s not your vision anymore. I recently did a video for Kevin Gates. That was fun. It was my first big production. I love bossing people around on set.

LP: How do you manage constantly putting out work?
ZF: I don’t. It’s hard because I feel that pressure from everyone. When you put work out and then stop, people are just waiting for you to be great again. I am that work machine though, I would drop anyone or anything for my art. But then there are times like this… I’ve been super depressed the past four months. Sometimes I just can’t do anything and I just need to sleep all day.

LP: How do you get out of that rut?
ZF: I can’t even lie, I don’t. It’s just hard. Sometimes you stay home and blackout your windows and cry. Then you go outside and go for coffee and you’re back in the mood. Forcing myself to go to jobs helps. Like today, the first hour was hard but then I felt better.

LP: Does working help?
ZF: It helps me to get out, but when I’m in it, I can’t create anything. People are like, “Oh I can only create when I’m sad,” but I can’t. I have to feel good to create. 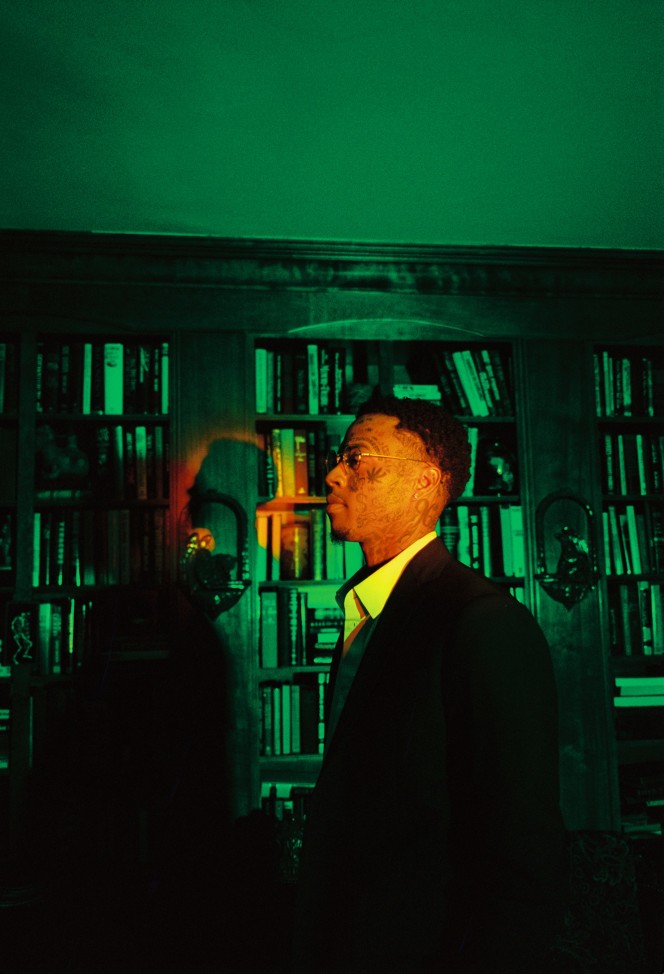 LP: What is storytelling to you?
ZF: Everyone is a storyteller, but who is a good storyteller? Did you get goosebumps? Did you cry? If you’re not feeling something, it’s not a good story. I like it when people hit me up and tell me that they felt something when they looked at my photo – it’s not just an image on some trash ass app. Why do I need to post my work on Instagram? Why can’t I just post photos of my cat?

Films are the next step. I can’t remember a day or night I didn’t watch a movie, in my whole life. When I was growing up, movie night was every night in the living room. A lot of people don’t have that in them. A  lot of people would fall asleep, but I’m obsessed.