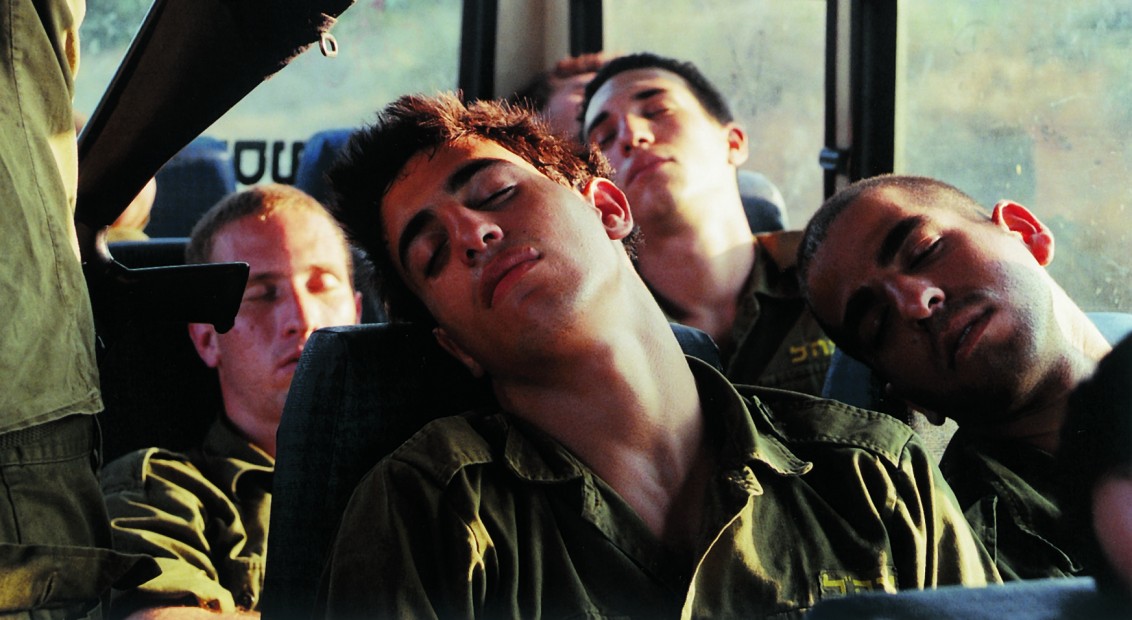 The first artwork you see when stepping into the Barbican’s newly-launched exhibition, Masculinities: Liberation Through Photography, is a four-photograph series depicting the naked body of artist John Coplans.

He was in his mid-70s when he shot the intimate self-portraits, in which he clasps his arms around the swell of his torso, belying a vulnerability so rarely seen in male nudes. “It was about spotlighting the kind of body that my dad has,” explains curator Alona Pardo. “The male body has been an enduring subject for artists, but it’s always seen in the heyday of this youthful physique. So it was about saying no, and exploring the loss of virility – and the loss of masculinity – that occurs through old age.”

Thoughtful musings like these guide visitors through six different sections which, between them, explore everything from black and queer masculinities to power, patriarchy and space. One even inverts Laura Mulvey’s theory of the male gaze, exploring how women depict male subjects within their work. This idea also sparked an accompanying film programme, Her Lens, His Story: Female Directors and Masculinities. 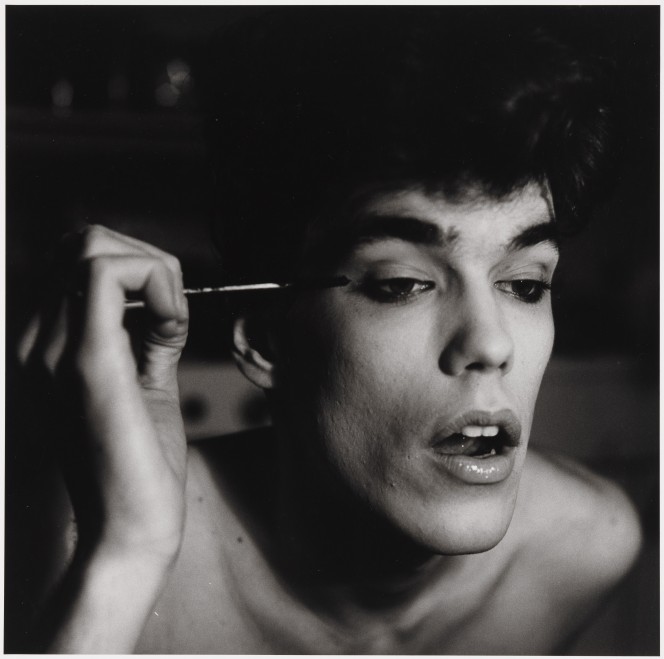 “The aim wasn’t to break [ideas of masculinity] down, more to prise it open and peel it apart.”

“The aim from the get-go was to break down this reductive concept that masculinity is one thing,” Pardo says of conceiving the show. “We are many things – we are human beings. As a woman, when I go see feminist art, I don’t expect to see myself only as a mother or a daughter. Yet masculinity has often been held up this one constraining, idealised representation, usually linked to military masculinity and political representaton. The aim wasn’t to break that down, more to prise it open and peel it apart.”

In other words, there is no universal definition of ‘masculinity.’ It’s a term with multiple definitions that vary hugely according to cultural context, but also one which is loaded, especially when used to describe men of colour.

“Something we’ve tried to do throughout the whole photography program is ensure we don’t just have that Western-centric, white, cisgender male viewpoint,” says Pardo of the curation. “We wanted to bring in the non-Western male figure, that’s often seen as war-like or hyper-sexualised, predatory or dangerous. We wanted to dispel that because it’s ridiculous.” From Thomas Dworzak’s beautiful, saturated portraits of Taliban fighters to Deana Lawson’s tender portrait of a tattooed man holding his child, the exhibition reaches far and wide to prove these points. 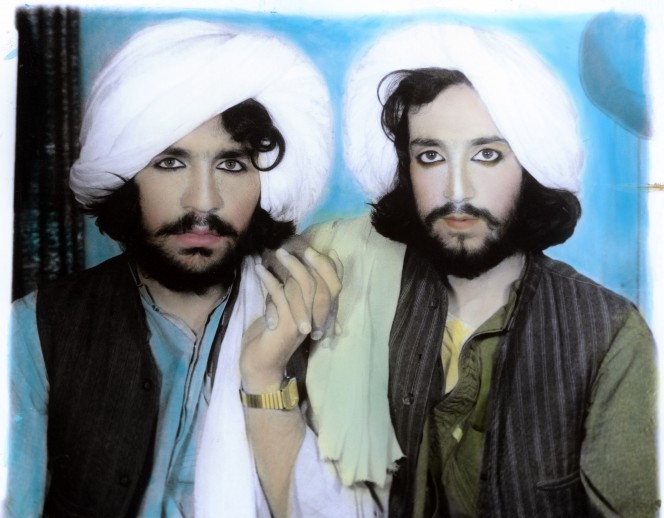 “We can be anything we want to be – so why should we have to be constrained by these very narrow gender definitions?”

Pardo even reproduced and enlarged a series of damaged negatives by Lebanese photographer Akram Zataari, which show bodybuilders flexing in an open-air gym. “They show fragility – not just in terms of the picture surface, but in terms of the men themselves. They might be buffing themselves up, but it’s complicated because it’s all about their desires and their power.”

Pardo also acknowledges that masculinity isn’t the exclusive domain of men. “I really did feel like we had to take a political stand here,” explains Pardo. “A man can be just as feminine as a woman can be masculine, at least in terms of associating with and performing those ideas. These are behaviours that we learn, and they’re performed through the body, which morphs and changes anyway. We can be anything we want to be – so why should we have to be constrained by these very narrow gender definitions?”

Then there’s Being and Having, a playful depiction of Los Angeles’ butch lesbian community photographed by Catherine Opie back in 1991. She was new to the city at the time, having recently moved from San Francisco to pursue a postgraduate degree. 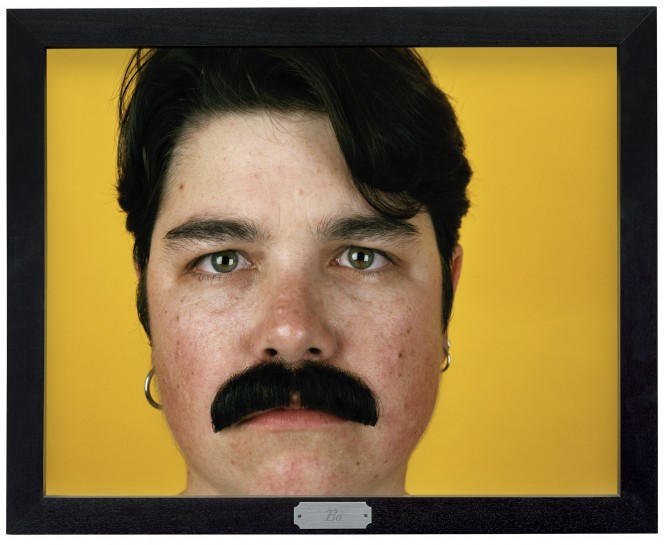 “There was this really cool, butch group I hadn’t met, and I was kind of clumsy – I was wondering how I could be part of that,” she recalls, joking that she always used photography as a way to make friends. “I just gave them money to go buy fake moustaches and beards at the Hollywood wig shop! I didn’t have a studio, so I just made the portraits in the living room of my apartment at Silverlake. That’s how it came about: it was just two evenings where I invited a group of friends over.”

Thirty years after its debut, the work remains as relevant as ever – especially as conversations about gender and queerness dominate the media. “In my opinion, what queer culture has given to the cause of diversifying masculinity has been a huge gift,” says Opie. “If my eighteen-year-old son can think RuPaul’s drag show is the greatest thing on television, then I think we’ve done a great job of shaking things up!”

“He wasn’t wearing the pink tutu because he was raised by two lesbian moms, he was wearing it because he chose to. I think we forget that we get to have choices!” – Catherine Opie

Opie has also photographed her son in the past, most famously in a pink tutu while doing the laundry (a set-up very much tied to her fascination with suburbia). “People in lectures would say, “Oh, your daughter is so cute!” I’m like, “No, that’s my son!” He wasn’t wearing that pink tutu because he was raised by two lesbian moms, he was wearing it because he chose to. I think we forget that we get to have choices!”

Assumptions like these – effectively, that her son was wearing a tutu because he saw himself as a girl – have also followed Opie, who jokes that she’s learning to appreciate her “thicker, darker, post-menopause moustache.”

“I think it’s interesting that I’ve been called “sir” my whole life, and I certainly don’t mind being called butch,” she explains. “But I’m also perfectly happy with being a woman. When an enormous amount of my friends were transitioning, people that I would, too. Then I got pregnant. There were these assumptions that, just because I’m butch, I can’t be a mother. But we’re all performing. You think a woman putting on make-up in the morning isn’t performing her femininity to some extent?”

Although there’s still nuance lacking in some of these mainstream discussions, queerness is gradually becoming more accepted. Artist Sunil Gupta travelled back to his birthplace of New Delhi, India back in 1987, more than a decade after gaining industry acclaim for his portraits of queer New Yorkers in 1976. 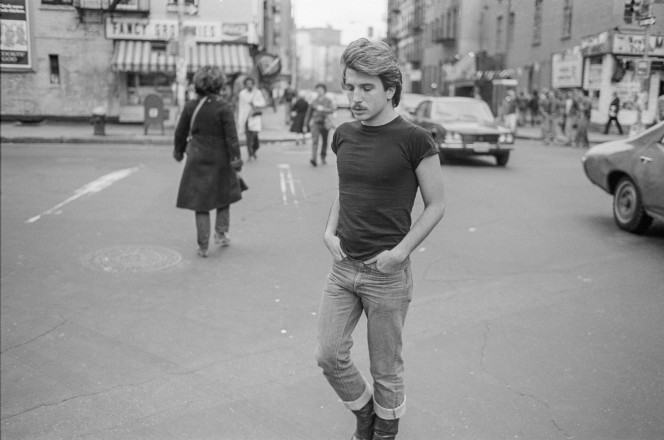 “Nobody was out in New Delhi,” he explains of the series, which he agreed not to show in India at the time, for safety reasons. “[Queerness] only emerged in the public eye when someone jumped off a hotel roof, and even then, nobody wanted to listen.” Determined to spotlight his hidden community, he began recruiting collaborators to pose in cruising spots across the city.

The powerful portraits were paired with quotes from queer friends, offering an insight into their daily difficulties. “Gay liberation kind of skipped India, because it wasn’t the kind of society where you could leave your family,” Gupta explains. “You would literally be homeless, because there was no welfare and nobody to look after you if everything went wrong.”  Now, the portraits offer a glimpse into the past of a country which has since reformed – Section 377, which effectively criminalised homosexuality, was finally repealed for good in 2018, after years of fighting. “Now everyone is queer in India,” laughs Gupta. “It all feels boring and normal to an older person like me!”

Although each artist in the exhibition has their own point of view, they all share the common goal of subversion. We hear about masculinity every day – from conversations about toxic masculinity to op-eds on incels – but because it’s framed as the norm, we rarely stop to interrogate what it actually means to us, and how we could play a part in shifting the definition.

Ultimately, the exhibition poses these questions and looks to challenge our assumptions. Or, as Pardo puts it: “You’re not going to come out of this show with the same ideas of masculinity as you went in with.”

Masculinities: Liberation through Photography is at Barbican Art Gallery from 20 February 2020 – 17 May 2020.