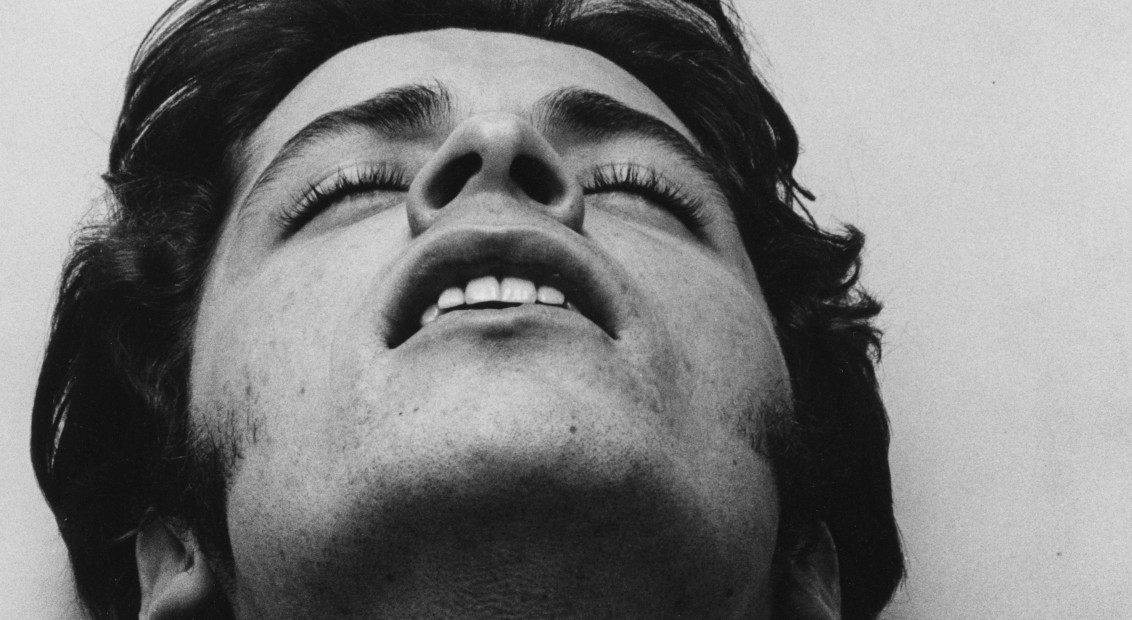 Though fame and fortune eluded Peter Hujar during his lifetime, his posthumous reputation as one of New York’s bohemian icons and most accomplished underground creatives – akin to Goldin, Arbus and Mapplethorpe – has rightly canonised him as a master of 20th century American photography.

With his inclusion in the Barbican’s forthcoming exhibition, Masculinities: Liberation Through Photography, we look back at the life of this still under-appreciated talent with the help of his close friend, and director of the Peter Hujar Archive, Stephen Koch, to whom Hujar left his entire estate when he died of AIDS-related pneumonia in 1987.

“He was a very bohemian guy and I was his bourgeois brother, that is – he was Vincent and I was Theo – to use the Van Gogh comparison,” says Koch. Having met a young Hujar in Susan Sontag’s living room (“I was sort of her literary protege”), Koch recalls how he was, “Immediately struck by [Hujar] and how remarkable his personalty was – how forceful and impressive.” It was only in the mid-70s however, once Sontag was in hospital with stage-4 breast cancer, that Kochs’ relationship with Hujar grew from friendly acquaintance to life-long friend. 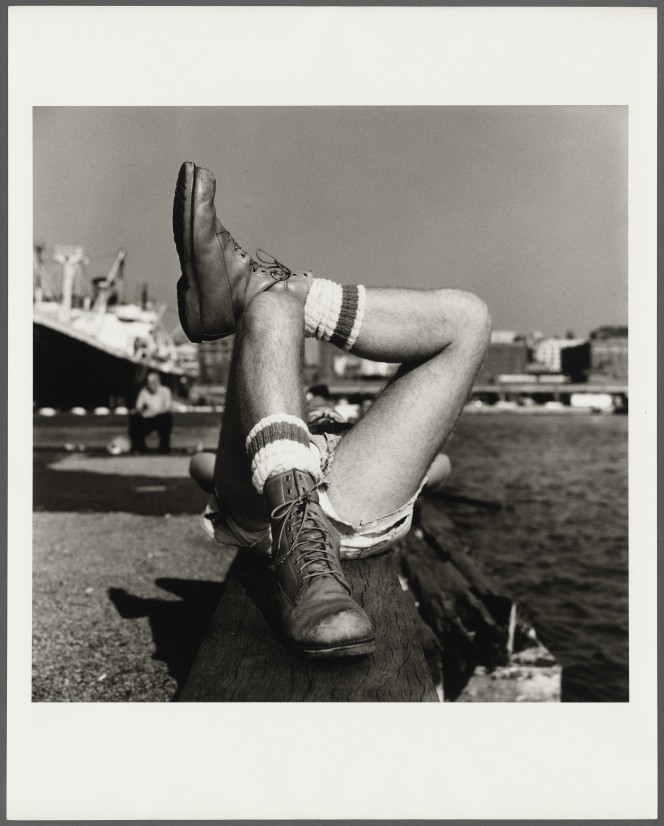 After Sontag hurriedly typed out an introduction for Hujar’s only – and now legendary – publication, Portraits In Life and Death, from her hospital bed, Koch was tasked with running the draft over to Hujar’s loft apartment above The Eden Theater on 2nd Avenue. It was this meeting, more than any other, which led to Hujar becoming a weekly regular around his dinner table, where he says, he had, “Some of the most interesting conversations in my whole life with Peter.”

Though he spent years working as a commercial photographer, becoming one of New York’s finest photographic technicians in the process, Hujar’s legacy is forever entwined with his record of the city’s underground creative scene of the 70s and 80s. Crippled by the impact of AIDS, many of the friends and associates he photographed never outlived him. Even in sickness however, Hujar captured a grace that never strayed towards the sentimental, as typified by what is arguably his most famous photograph of transsexual icon and Warhol muse, Candy Darling, lying like a china doll on her deathbed after being diagnosed with lymphoma. 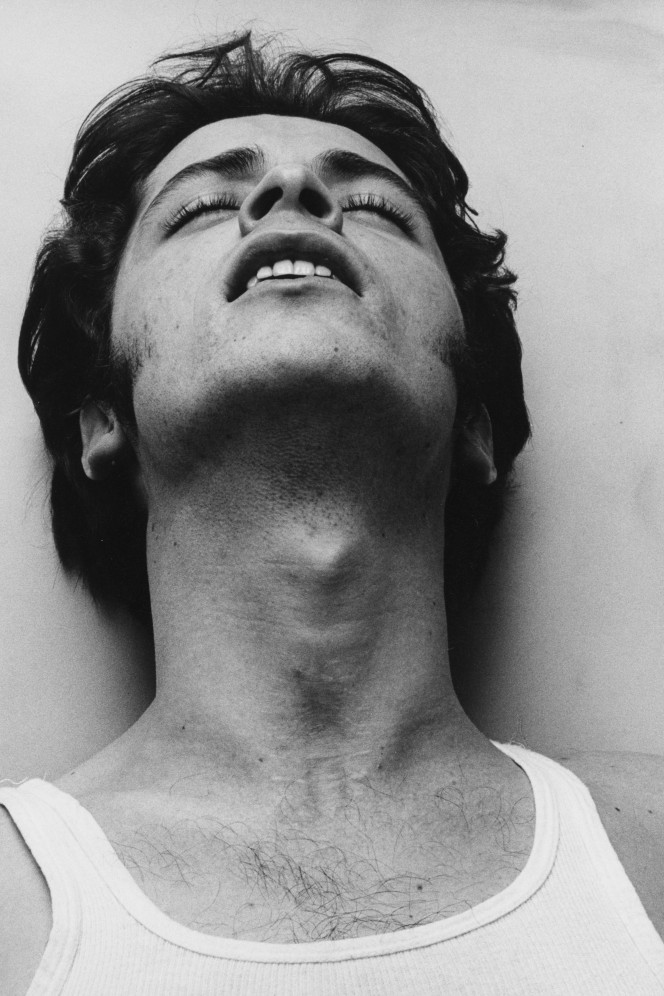 Hujar’s heightened sense of empathy towards the downtrodden and disaffected stemmed from his personal proximity to hardship and abuse, both of which were constants in his life from a young age. His mother, who worked as a waitress in a New York diner, drank heavily and was abandoned during pregnancy by Hujar’s bootlegger father. Hujar consequently spent much of his childhood on a farm (where he developed his fondness of photographing cows, sheep and other animals) with his Ukrainian-speaking Polish grandparents, speaking only Ukrainian until the age of fourteen.

Following the death of his grandmother, his wider family, “Began to abuse him very badly,” says Koch, and on returning to New York where he moved in with his mother and step-father, the abuse continued until Hujar left for good. “When he was sixteen, his mother threw an empty bottle at him in a drunken rage which shattered against the wall beside him. He took up his coat, went to the door, walked out and never came back.”

The brutality of his formative years never left him, and in the eyes of Koch, accounted for his natural gravitation towards his long-time protégé and lover, David Wojnarowicz. “That is the way you got onto Peter’s A-list… one way you could be sure he would be very sympathetic and friendly towards you was to have come from an abused childhood, and that accounts for part of the bond between Peter and David [Wojnarowicz], because David was equally troubled and came from a very abused childhood.” 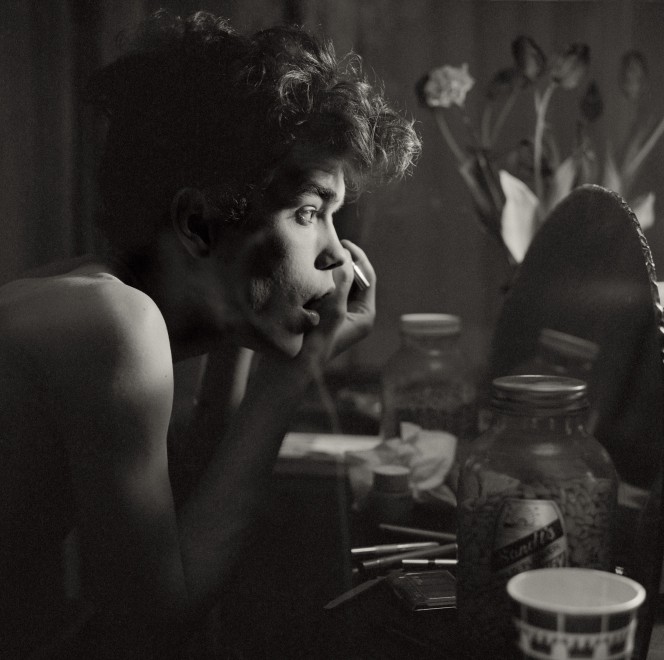 Making his own way in New York City at sixteen years old, Hujar was, in the words of Koch, “Rescued from obscurity and poverty by the New York City public school system.” Teachers recognised his talent, with one in particular – the poet and editor Daisy Aldan – urging him to pursue what she saw as his destiny of becoming an artist. “Around the time he first left his mother, Daisy came to him and said, ‘Listen, you don’t know it yet but you are an artist. That’s what your destiny is going to be. You’re interested in photography, here’s my advice: go knock on the door of every big photography studio in New York City until you get a job doing anything. If you sweep the floors, sweep the floors. Then learn photography really well.'”

Hujar’s relationship with his mother was just one complicated aspect of a complicated life. “He did not absolutely reject his mother,” says Koch, “in the files, there are many early, quite affectionate letters to her but he never lived with her again.”

“When he was dying, she did not visit him in the hospital or at home and she did not attend his funeral, though we offered to send a car… I think she was, in her not-so-smart way as difficult as her son – and her son was a difficult guy, believe me!”

“Listen, you don’t know it yet but you are an artist. That’s what your destiny is going to be.” 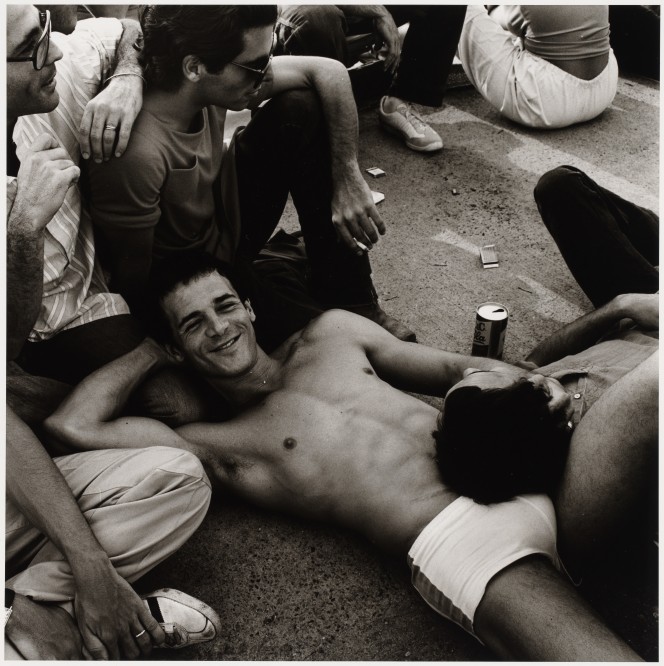 Hujar’s obstinance and refusal to compromise was by no means confined to his mother, either. As Koch recalls, “He was a dreadfully bad businessman, completely incompetent… At his memorial, Fran Lebowitz said, ‘Peter Hujar has hung up on every important photography dealer in the western world,’ and that was true.”

Despite early commercial success and praise from industry titans including Avedon and Newton, Hujar shunned commodification and a signature aesthetic even when it demanded personal sacrifice. As well as the many portraits he shot in his loft studio, he photographed animals, the circus, derelict buildings, the catacombs of Palermo, parking lots at night and drag queens, never settling on a fixed subject and only photographing what interested him. “He took people as they were and had a great feeling for theatre,” says Koch, “But he understood, as I did and many others too, that he was the person who prevented himself from becoming successful.”

Though his legacy will forever be tied to New York’s queer community and its visceral response to AIDS, Hujar never considered himself political and rejected any kind of label. “When he was dying he probably said to me thirty times, ‘Now remember, I want to be remembered as a photographer that was gay, not as a gay photographer.”

Masculinities: Liberation through Photography opens today at the Barbican until 17 May 2020. Stephen Koch is giving a talk at 7pm on 21st February, book tickets here.