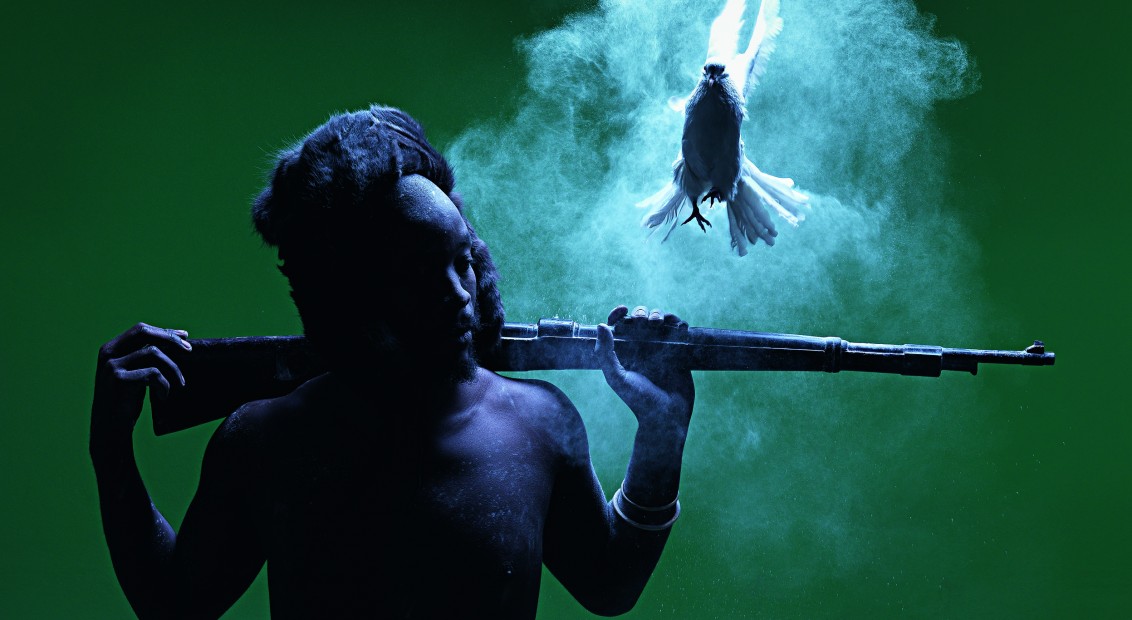 When photography first arrived on the African continent towards the end of the 19th century, it was a colonial tool of false representation, used to propagate Victorian fantasies of the ‘dark continent’ and its ‘primitive savages’, while validating the civilising mission of the Empire.

Since then, the medium has been slowly reclaimed by Africans, culminating in a generation of contemporary photographers whose divergent conceptions of ‘Africanness’ have dispelled the idea of the continent as a physical territory in favour of a psychological state that embraces the nuances of modern African identities.

Africa State of Mind is a new book from Thames & Hudson surveying the work of emerging photographers from across Africa who have subverted the western colonial-era view of their continent as an exotic hinterland. Written by British journalist, writer and former director of the ICA Ekow Eshun, this compilation of new photography tells the complex story of what it means to be African today. 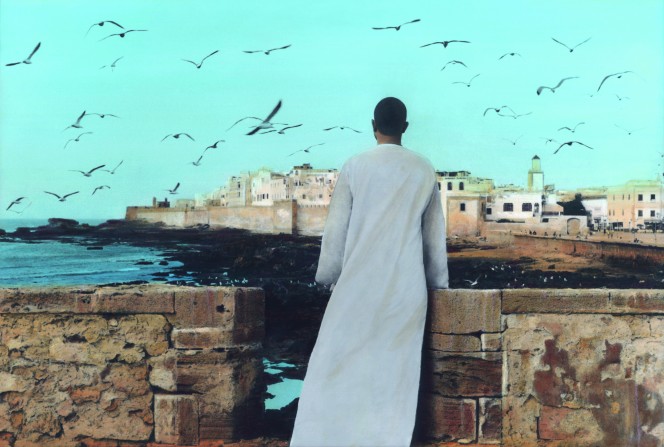 The earliest photography in Africa was practiced exclusively by men, with images that focussed heavily on stereotyped scenes of village life and semi-nude portraits of African girls and women. These photographs were used as propaganda, tempting European men to work in the colonies and maintaining the view of Africans as wild, untamed and uncivilised.

The only Africans behind the camera at that time were portrait photographers taking commissions from wealthy colonial administrators and local families. This trend continued well after the Second World War, when pioneering African photographers like Solomon Osagie Alonge of Nigeria and Seydou Keïta of Mali took advantage of a rapidly growing middle class, for whom a portrait was an opportunity to display their wealth and western tastes. 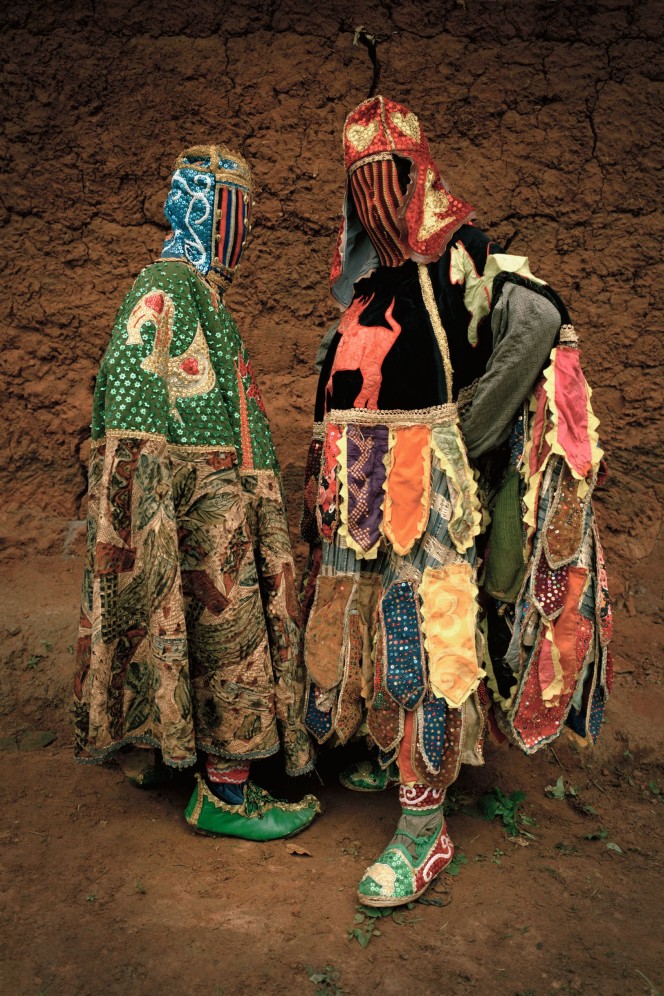 Organised thematically, the book begins with Hybrid Cities and the transformation of the African metropolis. Through a combination of intense urbanisation and foreign investment, African cities have swelled in the last 30 years, creating dense urban landscapes that have transformed societal rules. Despite three capitals already classed as ‘megacities’ (Lagos, Cairo and Kinshasa), each with populations that exceed ten million, these urban centres have long been placed outside of western narratives of development. The richness of these cities is here explored through an alternative metric.

Through the lens of Kenyan photographer Guillame Bonn for instance, the intersection between civil war, despotism and colonial exploitation along Africa’s east coast are presented as the elemental building blocks on which contemporary identities are formed. From the crumbling colonial-era Italian architecture in Mogadishu, Somalia, to the dilapidated site of a former luxury hotel in Beira, Mozambique, vestiges of Africa’s turbulent past serve as ubiquitous reminders of its complex and multi-layered present. 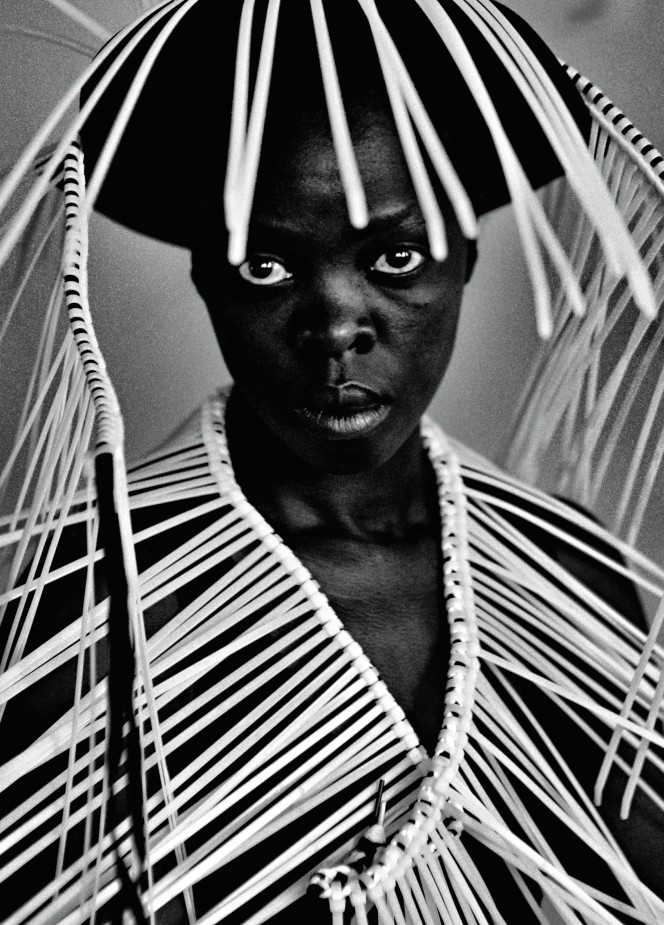 Pioneering female photographers like Jodi Bieber and Phumzile Khanyile make up Zones of Freedom, a chapter in which notions of masculinity, body image and traditional beauty standards are shown to be regularly questioned by emerging photographers. Ghanaian photographer Eric Gyamfi presents his series Just Like Us, documenting queer individuals and communities in a country where same-sex activity is still illegal. Though these narratives are generally set in an urban context, Sabelo Mlangeni’s Country Girls series focuses on gay men in remote areas of rural South Africa.

The vibrantly coloured traditions of the Yoruba-speaking peoples of west Africa are explored in Myth and Memory, along with other rich visual traditions that date back hundreds of years. Draped in exquisite clothes and ornate jewellery, Engungun are the visible representation of spirits and ancestors who guide the passage of the dead into the spirit world, photographed by Leonce Rapahel Agbodjékou. Angolan photographer Edson Chagas also taps into archaic traditions with his passport-style photographs of models in modern clothes wearing traditional African masks.

In the final chapter, Inner Landscapes, intangible themes of memory and loss are brought together by photographers whose subject extends beyond reportage or studio portraits, into the personal and subjective. Few better typify this strand of contemporary African photography than Lebohang Kganye, who re-staged photographs of her mother by placing herself in the same position and outfit and overlaying the original image, a technique that became a means of tracing her ancestral roots.

Africa State of Mind by Ekow Eshun is published by Thames & Hudson and comes out 26th March 2020. Buy the book here.