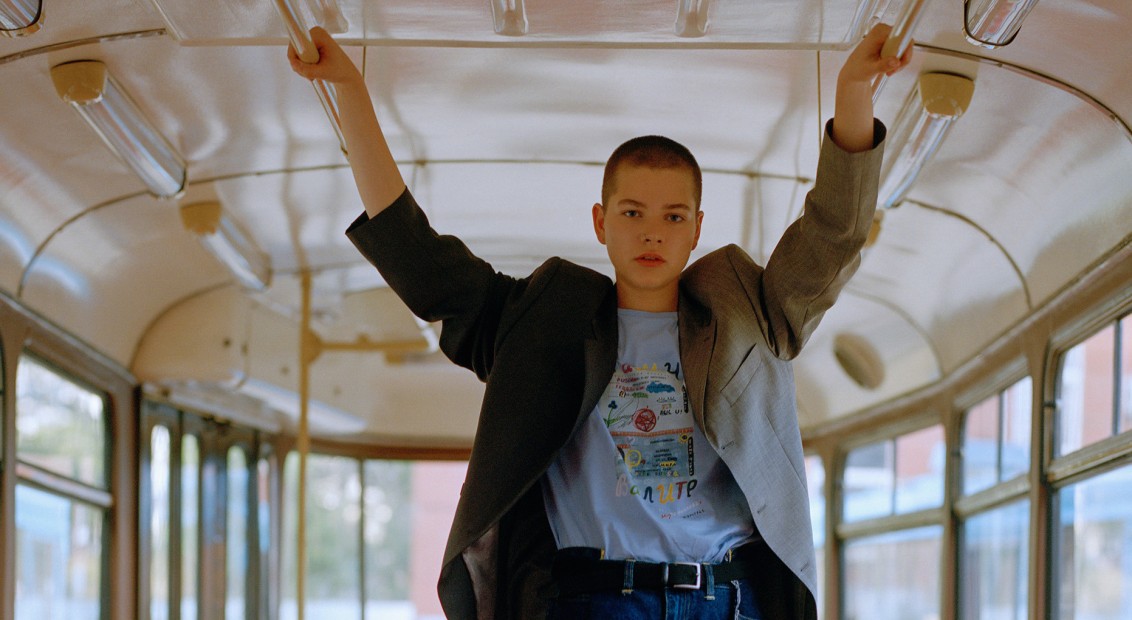 At the time, both Alina and Egor were working at MediaZona – a site for independent journalism founded by Pussy Riot members Maria Alyokhina and Nadezhda Tolokonnikova back in 2014. Working on ways to draw a new, younger audience, they sensed the site’s “dark aesthetics [of] authentic Russian emptiness” would resonate visually. Inspired, they decided to make, “not just a merch line, but a fully-realised fashion collection.”

The result was a seamless fusion of style and politics, launched with a debut line featuring reinterpretations of the vatnik – a jacket worn by inmates at Soviet labour camps. “We added patches on the pockets that read, ‘It Will Be Worse’, and shot a campaign as though we were shooting the new iPhone.”

“It blew up online, and MediaZona got an influx of new, younger readers. We realised: “Oh, this is cool! You can do meaningful things with fashion!”” 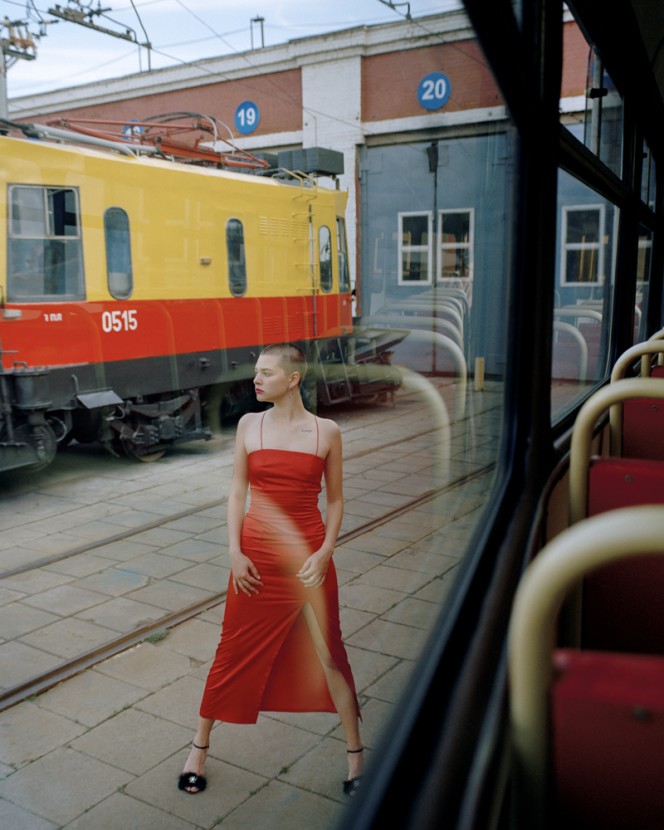 Since then, their influence has snowballed. When Pussy Riot activists were imprisoned, Kultrab teamed up with the collective for a collaborative capsule collection of t-shirts and the group’s signature balaclavas. Profits were funnelled back into MediaZona – one of the few independent sites to thrive despite Russia’s notorious press censorship. When artist and activist Peter Verzilov was poisoned in 2018, Kultrab responded with a collection: We Are So Fucking Surprised. The phrase was stamped in Cyrillic across t-shirts and scarves, drawing the attention of teens, who soon started wearing the clothes to public demonstrations and protests.

Unsurprisingly, they were horrified by Comrade’s news of trans people being bullied online and decided to take a stance. The result is this latest project, released symbolically on Valentine’s Day, which gives members of the country’s LGBTQ+ community space to share their journey towards self-love.  “We wanted to make it clear that we should stick together, respect and support each other. Only under these conditions can we build a healthier society.” 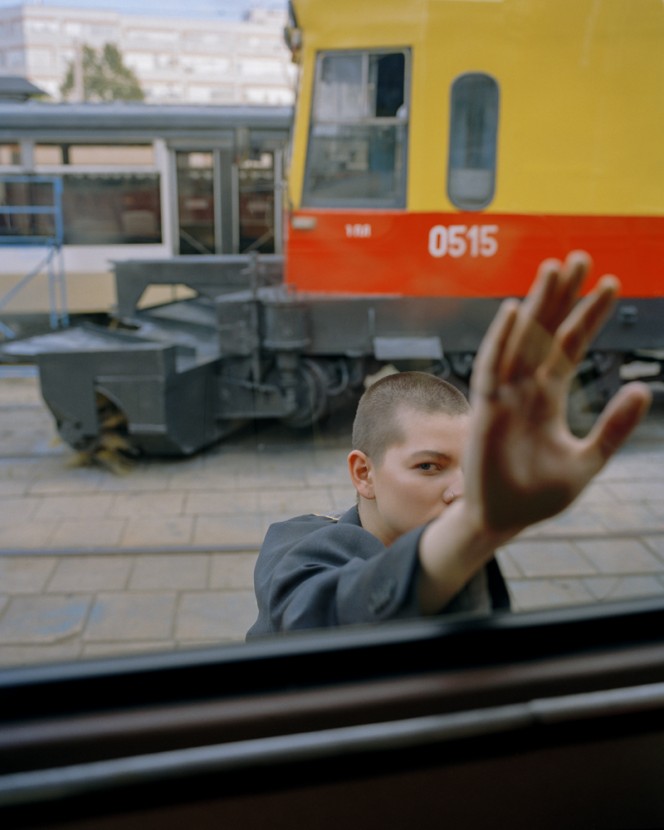 “We wanted to make it clear that we should stick together, respect and support each other. Only under these conditions can we build a healthier society.”

To bring this vision to life, they reached out to photographer Emmie America, who had met Alina years earlier at a fundraising concert for a domestic violence charity. “I was impressed by the idea of what they were doing,” she says of the collaboration. “They’re using clothes to send a political message in a very informative, but non-aggressive manner.” Gradually, the idea of shooting members of the country’s LGBTQ+ community came together.

“We really wanted to shoot real people and not just models,” say Alina and Egor of the casting process. Inspired, they scoured the queer community and consulted with representatives of C.L.U.M.B.A. (one of Moscow’s biggest and longest-running queer club nights) as well as O-Zine, an independent queer publication. They soon found a charismatic cast willing not only to show their faces, but share their stories, too – the website features interviews with each of the three muses, conducted by Russian journalist Sima Piterskaya.

Ultimately, these are portraits of a community resisting societal hostility and oppressive laws to fight for a brighter, more progressive future. Images like these are rare, which is why Emmie underlines the importance of creatives using their platforms to make a difference. 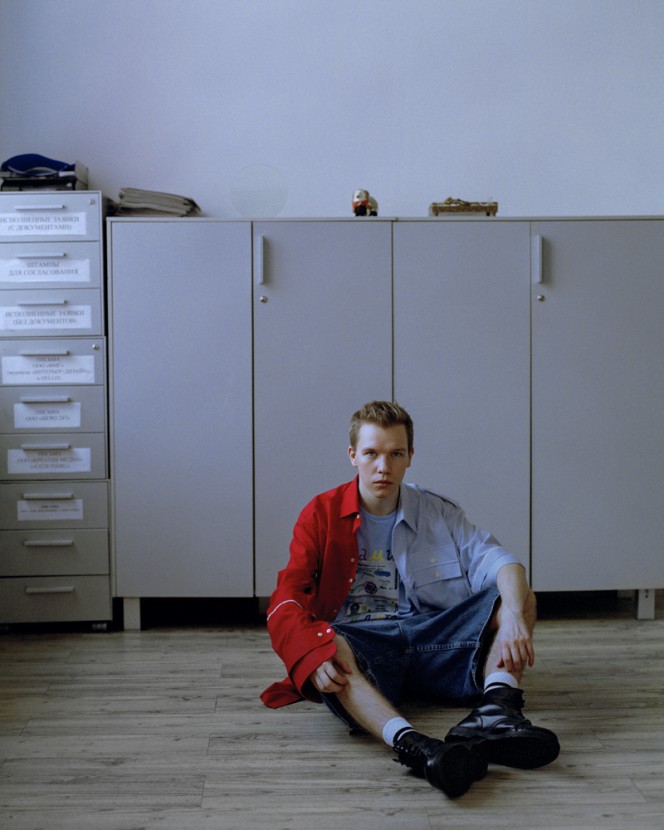 “The most important thing that we’re doing is speaking up,” she explains, remembering a childhood of repression even before the notorious propaganda law. “Pretending something doesn’t exist is an extreme form of oppression, but things are shifting – especially among young people, who are thinking more and more for themselves.”

When it comes to Alina and Egor’s vision for Kultrab, both remain determined that fashion can send a clear political statement. They cite the example of their SS19 collection, which came with a manifesto calling for a more humane drug policy. This demand soon gained new salience following the drug-related arrest of a high-profile journalist, who claimed police officers planted the drugs. His story sparked an activist movement that swarmed the streets, playing a pivotal role in getting the charges dropped.

Again, protestors looked to Kultrab when dressing for these demonstrations. “After that, people were coming to us and saying they wanted to become drug activists. Sometimes, what starts with just a t-shirt can grow into something much, much bigger.”

The project, which features interviews in Russian and English conducted by journalist Sima Piterskaya, can be viewed on Kultrab’s I Love Myself website.