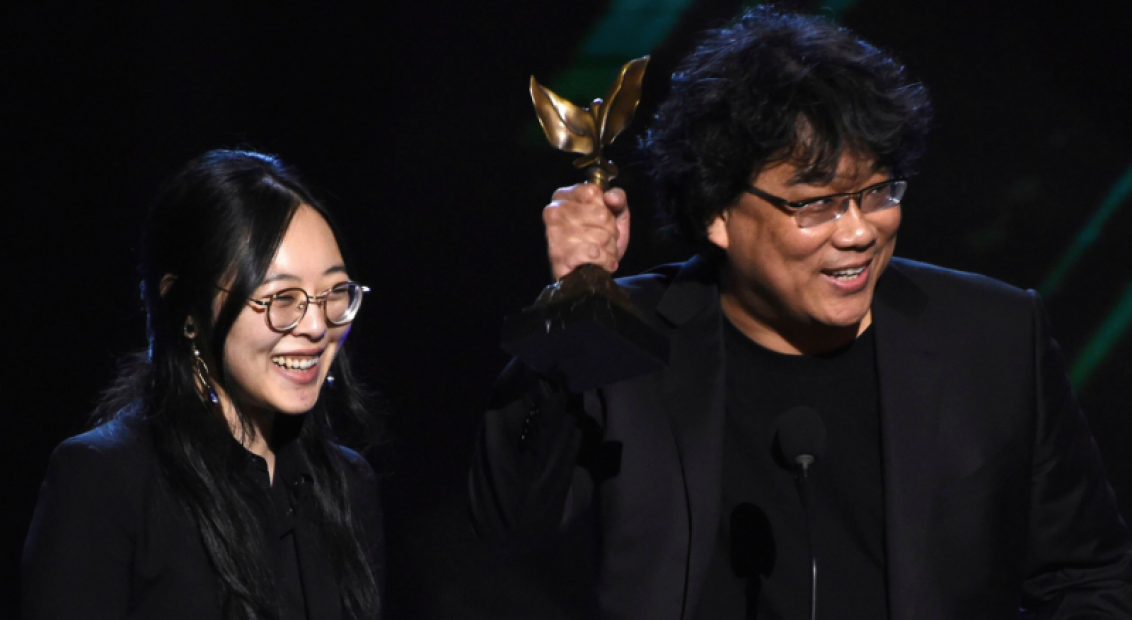 Sandra Choi, the translator of multi-Oscar winning director Bong Joon-Ho, has announced she’s working on a feature film script based on her experiences of the Oscars season.

Prior to that, Choi has already been put through her paces at the Critics Choice Awards, BAFTAs, and Golden Globes, an experience that has not only seen the 25-year-old grow a sizeable online fan base but one that has provided her with a priceless insight into the world of awards season. As an aspiring filmmaker, Bong confirmed backstage during the Oscars that Choi was developing a script for an original project. Given the powerful message of Parasite on social disparity and invisible underclasses, might Choi’s project spotlight the same issues that have long been levelled at the Oscars?

Although further details are few and far between, you couldn’t hope for a better tutor in the art of scriptwriting than Bong. Here’s hoping that Choi will soon return to the Oscars as a director in her own right.