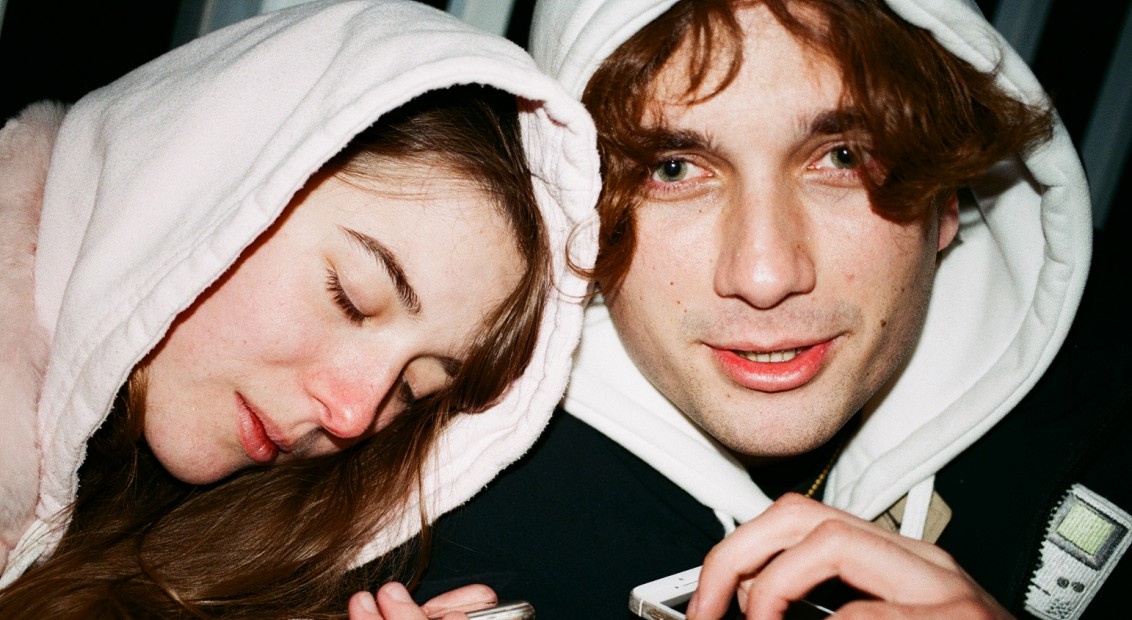 Prague-born Michal Vijtech spent his teenage years immersed in the world of computer games, developing a fascination for 80s neon, vaporwave scenarios and post-modern Nintendo aesthetics. Now, under his Chrysalism moniker, Vijtech filters these influences into his creative output. Singing about Elon Musk stealing his girlfriend and playing imaginary soundtracks to 90s Hong Kong films, Chrysalism is an artist giving life to a fascinating world of his own: whether busy working on screenplays, directing videos or composing synth-pop gems, his approach strives for total immersion.

Cutting his teeth in the arts industry writing screenplays, Michal’s desire to make music didn’t bloom until his twenties, following a move to London where he joined arts collective Peakaboo Luv and found a community – and in that, his voice. Having recently wrapped his debut EP (out 6th March), Chrysalism’s hazy synth-pop world is beginning to take shape. Finding time between collecting post-Soviet sneakers and writing a children’s book about Tibetan monks, Chrysalism channelled flip-phone romance from the early 00s for his new video, Haunt Me (below). 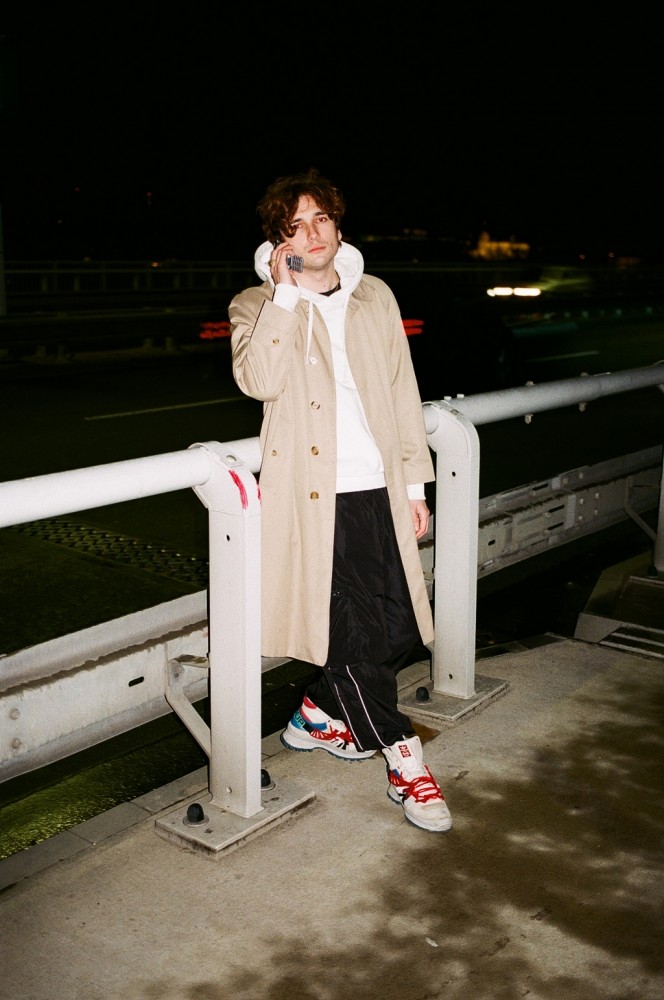 Lorenzo Ottone: Being from Prague but living in London, what’re the challenges of being a European musician in the UK?
Chrysalism: When I moved to London, five years ago, I wanted to make music straight away, but my accent was so bad. I cringe out now when I hear my accent – I would just over pronounce words. Then things just came naturally and here we are.

LO: Is your post-Soviet heritage somehow influencing your music?
C: It doesn’t, really. I left Czech Republic as soon as I had a chance, I couldn’t wait to get away. I don’t like Czech people’s attitude. They never strive for anything more than what they’re supposed to do. Maybe it’s a consequence of Communism, when if you improved your life other people would look at you suspiciously. They tend to be lazy and I am very enthusiast about making music. I did, however, write a screenplay about a girl in post-Soviet Prague. It’s inspired by a Brazilian girl who works with old Soviet films. We’re planning to work together on some of my videos.

LO: Does this passion for cinema feed into your writing?
C: I think it does. I love writing screenplays, I have actually just been applying for an MA at Oxford University. With my collective, Peekaboo Luv, I’ve been directing and making many videos. It’s a big passion of mine.

“In Chunking Express, Miura plays a man who is dumped by his girlfriend on April’s Fool, so he just thinks it’s a joke. For the following month, he keeps eating pineapple, his girlfriend’s favourite food…”

LO: Tell me about the story of Elon Musk stealing your girlfriend…
C: I wasn’t dating Grimes! I like music that contains stories. Andy Shauf has been a big inspiration for me, not really for his music, but for the concept behind his album, The Party, in which every song tells a story from the perspective of a different character who is attending a party.

LO: Do you like this idea of being an omniscient narrator?
C: That’s what lecturers teach me about characters, always let them speak, so I suppose it’s the right way to go [laughs]. This approach helps me to better enjoy the writing process. It’s like I wasn’t really there, I can feel more detached from my songs.

LO: Another of your songs, I’ll Kill You, Tomokazu Miura! is inspired by cinema…
C: Yes, Tomokazu Miura stars in Chungking Express, a [1994] film by Hong Kong director Wong Kar Wai. He’s one of the directors I am mostly into at the moment. He has a French New Wave style adapted to 90s China. In Chunking Express, Miura plays a man who is dumped by his girlfriend on April’s Fool, so he just thinks it’s a joke. For the following month, he keeps eating pineapple, his girlfriend’s favourite food, until he realises it’s not a joke. I decided to write a song about this because in the film the pineapple expires on his 25th birthday and I have just turned 25, so I felt a connection. 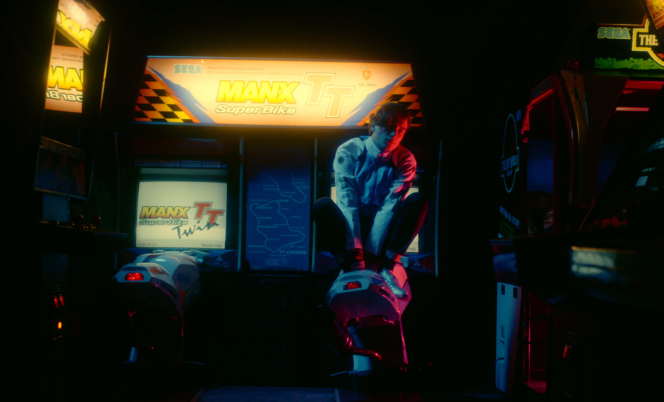 “I somehow feel like I wasted my teens by playing computer games and I didn’t start playing music until I was eighteen.”

LO: Your aesthetic borrows elements from 80s Japanese design, you make great use of vaporwave-flavoured neon lights…
C: Vaporwave is definitely something I’m into. Generally, although it isn’t a direct influence on my music, I like R’n’B, K-pop and PC music. I like their cheesiness in a post-modern way. I like how K-pop doesn’t care about mixing up everything without boundaries. That’s something that is part of my ethos, I suppose.

I think I’m into this style because I was a huge gamer in my younger days. I somehow feel like I wasted my teens by playing computer games and I didn’t start playing music until I was eighteen. My guitarist, Axel, is only twenty and he’s the most amazing guitar player I have ever seen. He must have been playing it since he was five.

LO: Do you think it is better to make art when you’re naturally ready for it?
C: I was a bit too angsty when I was twenty, I didn’t have the confidence to put anything out. I hope that, especially through going back to university, I’ll be able to do art without external pressure, just for art’s sake.

LO: Were you anxious when first performing as Chrysalism?
C: Not at all, it was very good fun. I have two or three fans from that first gig still messaging me. I want to turn gigs into parties, events you want to go to. I feel like British bands tend to treat playing live too much as a routine. My guitarist Axel tours with other bands way bigger than me, but when we played The Sebright Arms in London he was super excited.

LO: You have lots of projects going on at the same time, how do you make everything co-exist?
C: Sometimes I wonder how I can finish everything [laughs]. I’ve been interviewing Tibetan monks about their childhood for a children’s book I’m working on with a Russian friend. It comes with illustrations and it’s supposed to be easy to understand, even by simply seeing the figures. However, now I am trying to focus on music. I have tried to split my calendar to work on single things. I’m releasing my debut EP in March, then wrapping the book up and finally playing live in May.