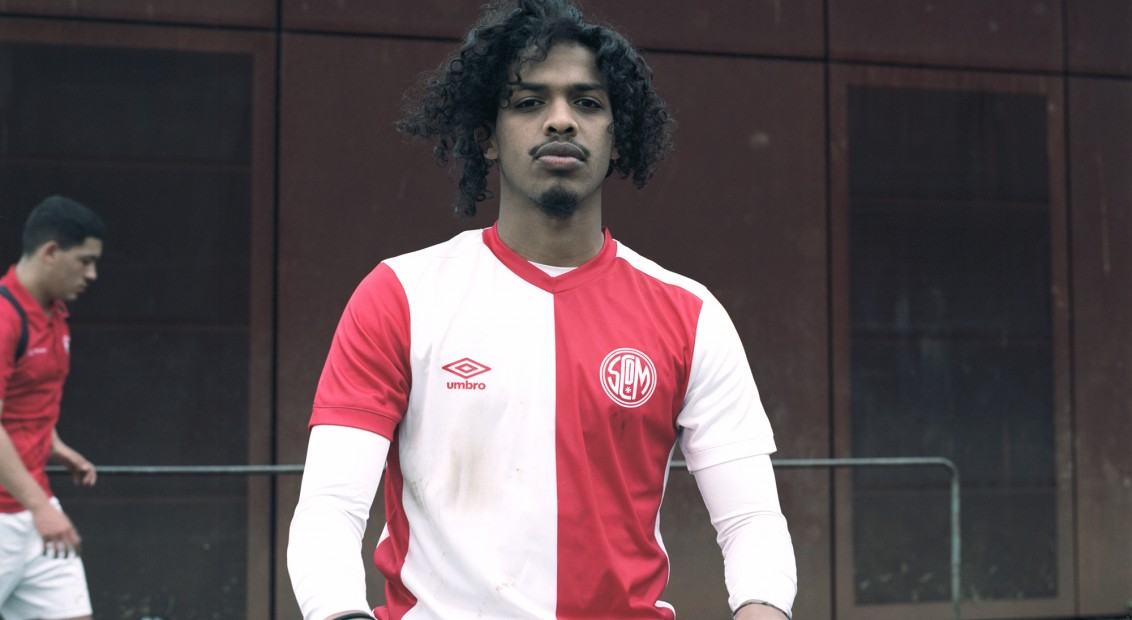 The photographer capturing the individuals and emotions of grassroots football

A former amateur footballer, photographer Michael Morgan set out to capture the zealous spirit and passion intrinsic to the UK’s grassroots football community (all football that is non-professional and non-elite). No longer able to play competitively, Morgan’s latest photo series – titled Grassroots – sees him document the scene, offering an insight into the culture of the game.

In recent years, a national funding crisis has seen community football struggle in the face of limited finances and facilities and, as a result, opportunities for young people to play football locally are severely diminished. Yet despite these limitations, football is finely woven into the very fabric of community life and many up and down the country give up their time in order to keep this tradition alive, providing a sense of purpose, camaraderie and an outlet of expression away from everyday life.

While Morgan started documenting grassroots football in his home county of Suffolk, recently the young photographer’s focus shifted towards the east end of London, primarily that of Hackney Marshes. This new chapter of the project opens up ideas of diversity and equality in light of several high-profile professional players – such as Raheem Sterling and Jesse Lingard – speaking out about key societal issues such as mental health and racism. 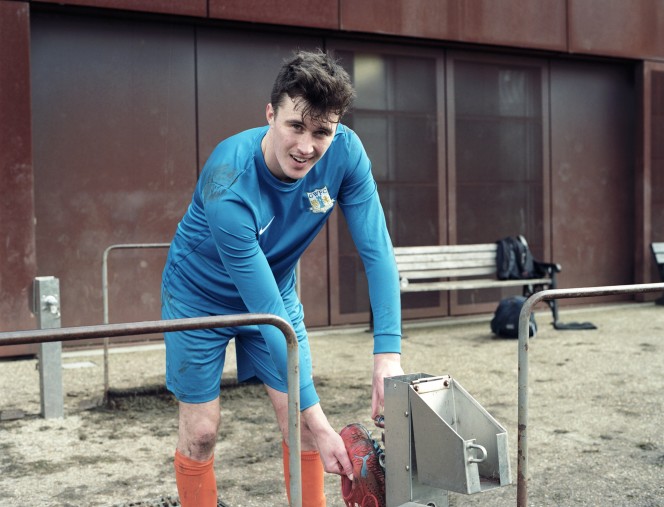 Alex James Taylor: What made you first set out to photograph grassroots football?
Michael Morgan: I believe I would’ve always eventually documented grassroots, amateur football at some stage. Due to my background, having played football at an amateur level myself, football is and has always been an integral part of my life especially while growing up. Not being able to play competitively anymore, documenting football was a way for me to still be apart of it in some capacity.

AJT: What was it about the scene that appealed to you as a photographer?
MM: This is difficult to answer, as the concepts and themes that I have explored in this body of work as a whole have varied and are quite expansive. The sense of community, belonging, togetherness that one gets when part of a football team, even at amateur level, is such a strong bond and forms friendships with others that you most probably would never met in wider society. Participation in the sport through my childhood and teenage years helped me develop a skill set that no institution could teach. Respect, understanding of others, teamwork, work ethics and an understanding of equality and cultural appreciation, which are vital topics today.

“Not being able to play competitively anymore, documenting football was a way for me to still be apart of it in some capacity.” 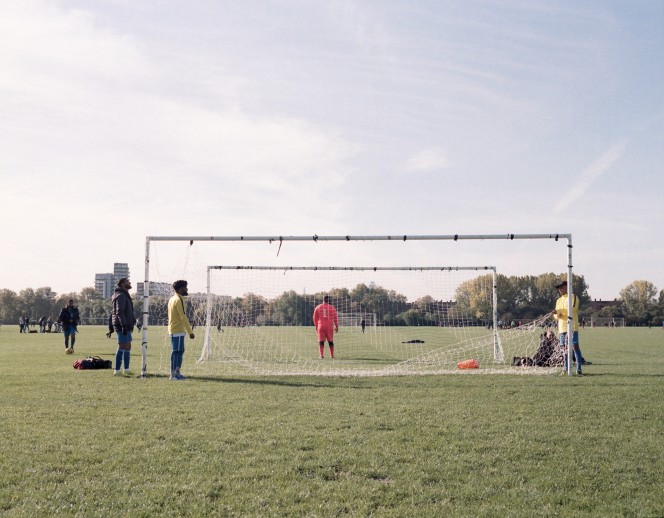 AJT: Which team/s did you focus on and how long were you with them for?
MM: I’ve documented football teams across the UK, from Wolverhampton, Manchester, Suffolk and Norfolk to East London and I’ve revisited many of the clubs and locations throughout the past three years of this project. When working at Hackney Marshes on each shoot day, I will have a maximum of twenty to thirty minutes to speak to the manager, players and spectators. I have revisited Hackney Marshes in order to build relationships with clubs that have been willing to take part in my project. I have the upmost respect for all my subjects and want to get to know more about each of them before pointing my camera at them. I want to expand my own knowledge of why these players are so committed to coming out each Sunday and giving up their time purely for the love of the game. I’ve also spent a considerable amount of time with clubs after the game, sharing a meal and a drink with them.

AJT: What does grassroots football mean to the people playing, from your own experience?
MM: I can only really answer this from my own perspective and experiences as a player, as each player has their own reasons as to why they are so dedicated to football at the amateur level. For me, it was the community, the family and friendships that are created during those 90 minutes. Speaking to some players, they have reflected on mental health and stress in their lives. Football gives them a release and a way to escape the freight of everyday life, the pressures from work, family, friends and so on. I think this is particularly important for the men that play football at this level. Men from the age of 45 and younger are more likely to die from suicide than any other form of death – football is a way to escape and express.

AJT: In terms of those ideas around masculinity, the imagery portrays a more vulnerable side than the traditional ultra-masculine characteristics traditionally attributed to football. This is also changing at the professional level, with footballers speaking out about mental health and racism, was this something you set out to explore?
MM: I was capturing my subjects and portraits in this manner before the most recent changes with high-profile professional players speaking out about both mental health and racism. It is important for me to capture each subject as true and pure as possible. For me, it’s important to capture each individual’s personality, emotions and vulnerabilities – traits not often related to football due to traditional perceptions of hyper-masculinity. These stereotypes in football I believe are still underlying in society and are often reinforced by those with no connection to the sport. 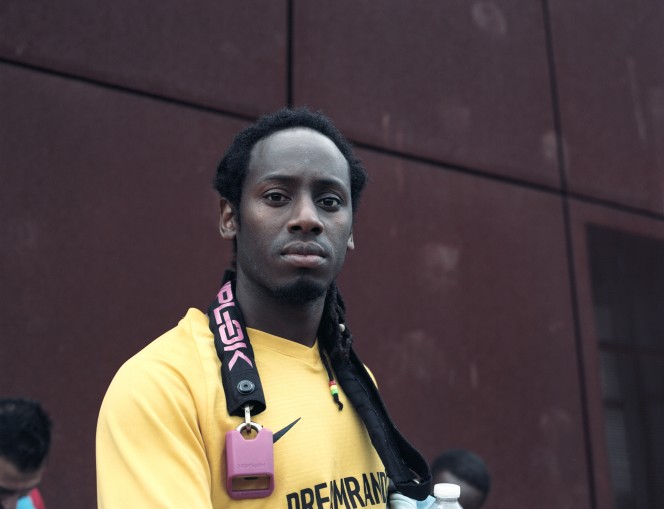