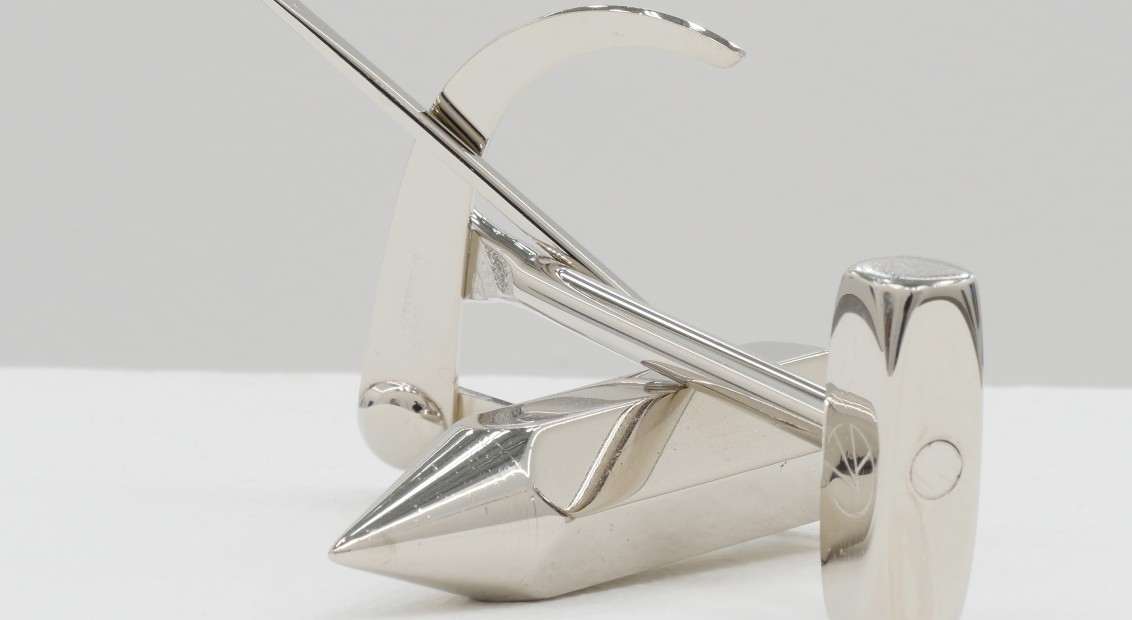 Set along the Mississippi Delta, the city of New Orleans has long been a cultural bastion of the Deep South. In the latest issue of HEROINE, we explore its thriving artistic community through the eyes of Andrea Andersson, curator of visual arts at the city’s Contemporary Arts Center. Having held the role for nearly five years, Andersson is well acquainted with local and regional talent and selected four contemporary artists working out of New Orleans who reflect its vibrant scene.

Returning to New Orleans in 2016 following periods in Philadelphia and Oakland, Zarouhie Abdalian admits she had to “re-learn“ the city she was born in, such was its transformation in the eleven years she’d been gone. Still visibly scarred by Katrina, the once-ubiquitous jazz clubs, local bars and historic venues showed clear signs of gentrification and the loss of those who’d been unable to return to their homes.

For all that’s changed, the same inequalities persist, and her socially conscious practice, grounded in the history of labour, modes of production and working-class legacies, intensified as a result. Her site-specific, multidisciplinary approach, which includes sculpture, found object, performance and sound installation (often in collaboration with her partner, artist and composer, Joseph Rosenzweig), is a pervasive study in material culture, uncovering the dexterity and social histories embodied within.

With her sculptural works in particular, Abdalian explores the boundary between given and made objects, often disguising one as the other. Through her interest in lithic tools, Abdalian isolates the moment humans distinguished themselves from nature – what she perceives as the genesis of human exploitation – and it’s this extractive force, which continues to impact Louisiana, that galvanises her practice. 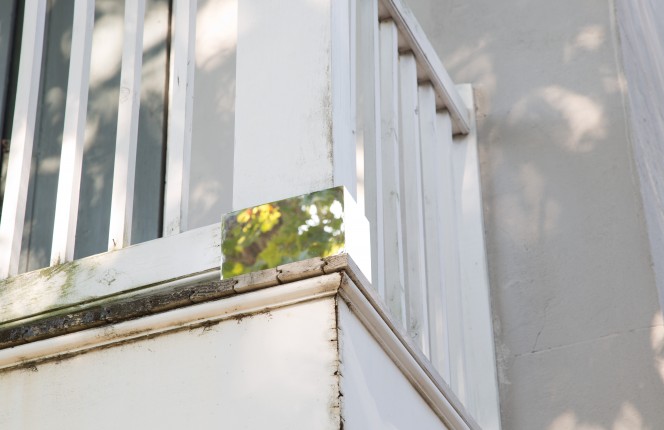 Finn Blythe: Given your experience of living in Philadelphia and Oakland, what is it about New Orleans that you were excited about returning to? What makes it a stimulating city to work in as an artist?
Zarouhie Abdalian: Growing up here, history weighs down the present for better or worse. California is the opposite of that. The mythology of that place is this newness, even though it’s not that new, but anything’s possible there, you can be whoever you want to be. New Orleans is again, the opposite of that. The past of this place is intrinsically woven in with the present and even when I was living elsewhere, that has very much influenced how I approach place in general. Since returning, I’ve noticed how people are not only thinking about the past but really trying to imagine a different, more liberated future. Post-Katrina, many of the city’s inequalities were exacerbated and exposed, so many things have been privatised and wealth is in the hands of the very few. In many respects we’re still living in the same plantation society, run by the same families. Because people are so grounded in history, and so many people have been oppressed for so long, there are a lot of grass-root movements toward a more liberated and freer future which has been incredibly inspiring since moving back.

Finn: So how would you characterise that shift among the city ’s artistic community?
Zarouhie: Since Katrina there are way more artist-run spaces, that’s been the best and biggest shift I’ve seen. Before, we had the major museums in town and the small commercial galleries, there were still places where people experimented, but not in the formal programming way that’s happening now. There are a number of artist-run spaces in a neighbourhood called St. Claude Arts District, which has led to more diverse programming and types of events. Antenna gallery really stands out for that because they run a lot of different platforms that are critical of the arts funding in New Orleans. A lot of the money comes from The Helis Foundation which receives its funding from gas and oil drilling in Louisiana, so Antenna have been critical of that and we’ll see what comes out of it. I think we should be demanding reparations.

“Post-Katrina, many of the city ’s inequalities were exacerbated and exposed, so many things have been privatised and wealth is in the hands of the very few. In many respects we’re still living in the same plantation society, run by the same families.”

Finn: Since returning, do you notice yourself being drawn back to the same things that fired you up before you left or have you shifted your focus entirely?
Zarouhie: When I moved back I had to re-learn the city in a way. I mean, like 100,000 people haven’t been able to move back and so that was a shift. A lot of the places I was meeting artist and musician friends before the storm don’t exist anymore, they all died with Katrina or closed soon after. Before Katrina I was really inspired by the jazz and funk scene, the brass bands and New Orleans r’n’b but the new residents to the city have made these spaces and public performances almost impossible in certain neighbourhoods. There’s been a lot of criminalisation of musicians and a lot of the smaller clubs and bars can’t afford to pay off the city so have disappeared. My view of the city has changed. I think when I left I wanted to hold on to what New Orleans was but what’s been interesting, for me, about being back is people imagining what it can be, what it needs to be if we’re going to survive.

Finn: What do you see as those essential things that make the city what it is and therefore need protecting?
Zarouhie: The people who make New Orleans what it is. What everybody loves about New Orleans exists because of the contribution of working class African Americans and it’s now increasingly impossible for them to live here. The city just celebrated 300 years, which everyone’s bragging about, but it’s so perverse, how do you celebrate that? It’s like celebrating genocide and slavery – what we should really be celebrating is the end of that 300 years and the beginning of the next 300, where the working and oppressed majority will have power in the city. 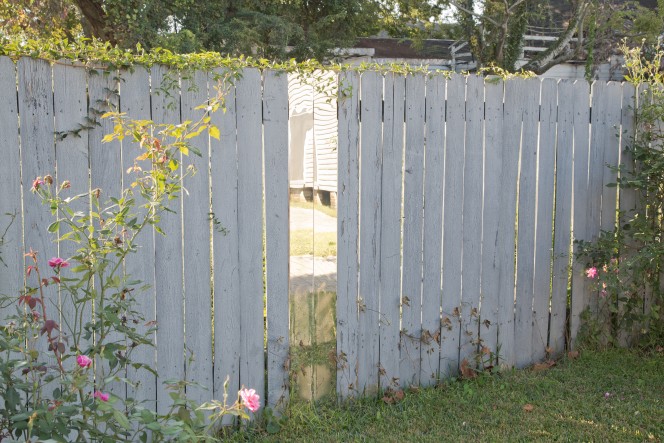 Finn: Your work is so socially-centered and draws attention to a social class that has historically been made invisible, not just in New Orleans but globally. There’s an empowering quality to sculptures like your Joint series for example, where you’ve taken these everyday tools out of their context and transformed them into reflective, sculptural compositions that are precariously balanced against one another.
Zarouhie: The mirrored object comes up a lot in my work – I wanted the tools to reflect one another and also to depend on one another. Those sculptures are kind of queer hammer and sickles in a way. The hammer and sickle represent industry and agriculture, but the Joint sculptures include tools for reproductive labour and domestic work. I wanted the mirror to also reflect the viewer in the space and therefore make them appear as part of the piece.

Finn: You and your partner Joseph Rosenzweig also produced a sound piece in which you recorded work places where labourers were paid an hourly rate. What were you exploring there?
Zarouhie: That was Transport Empty. Most of the locations were around New Orleans and the Gulf Coast, a machine shop or a butcher, a cabinetmaker, a dry cleaners. That work is exactly an hour long and was really thinking about this historical idea of eight hours of work, eight hours of what you will and then eight hours of sleep. The direction of the work is influenced by a piece I made in 2014 called Chanson du ricochet, which was made for the African American Museum that opened at the time. 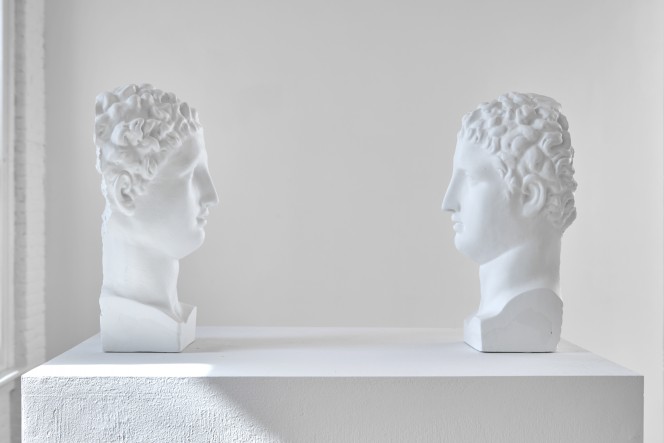 Zarouhie Abdalian One into two, 2016 Plaster

Finn: And this was part of Prospect? [A citywide contemporary art triennial in New Orleans]
Zarouhie: Yes. At that point in my practice I’d been doing a lot of site- specific works one after another, which I felt wasn’t sustainable. I was playing with these ideas and digging into these histories or materials that I wanted to keep working with after the piece was finished. The focus of Chanson du ricochet was very much the history that is embodied by the materials of a space and making evident the artefacts or work that’s been done to produce something we take for granted in the everyday environment.

It was accompanied by a reading of a list of tools and then using reflective surfaces to highlight aspects of the built environment. The lithic tools I showed at LAXART [part of her exhibition Work, in 2017] represented a departure in our human history from nature, where we began instrumentalising through violent means. I was interested in the minimal difference that is necessary for something to read as a sculpture and became inspired by these texts that set out how you can differentiate a knapped stone tool from a rock. Often you’re looking for things that are barely visible.

“The lithic tools I showed at LAXART [part of her exhibition Work, in 2017] represented a departure in our human history from nature, where we began instrumentalising through violent means.”

Finn: Tiny abrasions or scratch marks?
Zarouhie: Even less than that, like the way the wear has developed over time or the presence of polish. So that minimal difference that dictates how an object is understood or classified informed the way I’ve been thinking about making sculpture, in a roundabout way.

Finn: It’s what I liked about the work you showed at LAXART. Your sculptures play with the given and made. So you have the from chalk mine hollow pieces, which are natural objects with the appearance of being man-made, next to the Brunt sculptures – man-made objects but given the context in which they are placed they take on organic forms.
Zarouhie: The Brunt tools came from a pawnshop really near the chalk mine. One of the salient features of these objects is that they ’re all forged tools, that is, they’re handmade. I think of these objects as bearing much more aura than the mass-produced commodities typically designated as readymades. These forged tools are more particular, more concrete than the archetypal readymade. Their surfaces reflect the history of their use, and I wanted to foreground these marks of their time and place.

Finn: Earlier you said you still felt like New Orleans resembled a plantation society in a sense, with the same families in power. I feel like I know what you mean but I wondered what you see as a means of resistance?
Zarouhie: It’s a really important question. I think it depends on who you are but what I see as important is contributing to efforts that are on-going and happening now, all across the world. If that looks like being in the streets or publishing a worker ’s newspaper, or any number of direct actions, it has to happen soon.