Known for documenting the explosion of subcultures, youthquakes and style tribes from the 70s to the present, during the early 80s, renowned photographer Derek Ridgers often found himself outside London’s Batcave nightclub in the heart of Soho, capturing the crème de la crème of sonic noir: Marc Almond, Robert Smith, Siouxsie Sioux, Dave Gahan, Lydia Lunch and… Nick Cave.

“I suppose Nick Cave is close to being the perfect subject for any photographer,” muses Ridgers, who photographed the Australian musician at least half a dozen times over the space of twelve or thirteen years. “For a start, he’s particularly photogenic,” Ridgers continues, “and he seems to like photography (his wife Susie Bick was once a top model). Also, although he’d undoubtedly deny it, he actually seems to like to have his photograph taken. So he’ll usually go the extra mile to help you get an interesting image. Not that that’s particularly hard with Nick, since he always engages with the camera so well. Not to say gurns, occasionally.”

One of those dozen or so times Ridgers photographed Nick Cave was in 1984 in London: the same year the Bad Seeds released their debut record, From Her to Eternity – the Birthday Party disbanded just a year earlier following internal disputes, while the first roots of the Bad Seeds began to sprout in Cave’s London home at the time. A time of transition and growth for Cave, Ridgers was commissioned by NME to take the musician’s portrait in London’s Elephant and Castle and Wandsworth Town backstreets. Now, Ridgers has compiled these images (some totally unseen before) into a new zine titled 84. Across 44 A4 pages, the photographs offer a glimpse into a musician finding a new stride.

Ridgers’ 84 zine will be available exclusively at Goth Shop at Old Truman Brewery on Sunday 8th December, organised by curator, editor and art buyer Faye Dowling. Here, the zine will feature alongside a selection of Ridgers’ Batcave and goth scene archive photographs and books. 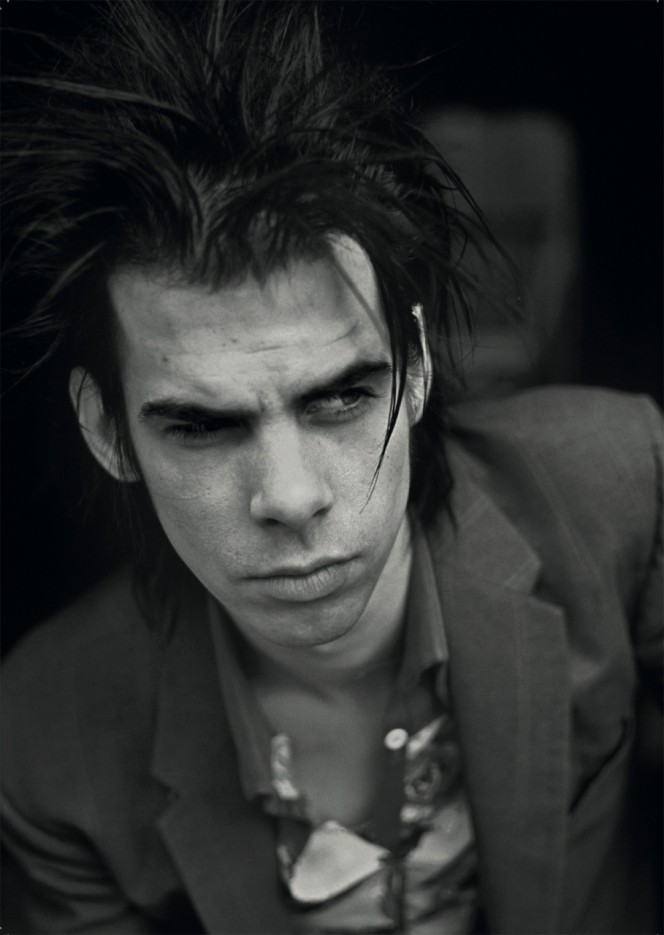