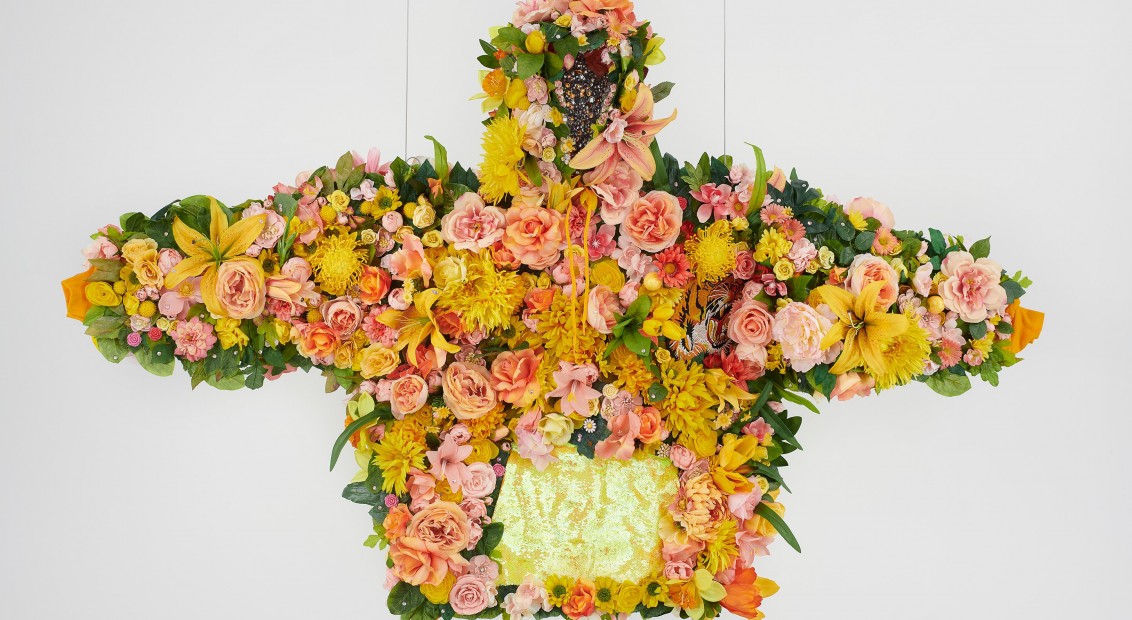 Moral panics and racial profiling: exploring the troubled history of the hoodie

First produced by Champion in the 1930s, the hoodie was originally conceived as a utilitarian garment designed to protect American labourers from the elements. Fast forward to 2012 and the murder of seventeen-year-old Trayvon Martin – the hoodie he wore pulled up over his head became the centre of an international conversation on racial profiling, societal fears and violence against ethnic minorities. This complex history of a garment that has come to embody the socio-poltical climate of our times is brought together in a new exhibition curated by Lou Stoppard titled The Hoodie at Het Nieuwe Instituut in Rotterdam.

Drawing from the socio-political climate of the US as much it does from subculture, surveillance and contemporary iterations of the style (Rick Owens, Vetements & Off-White all feature), The Hoodie is a lens through which Stoppard wants us to question the systems and beliefs that underpinned Martin’s murder (and subsequent not guilty verdict of his killer).

Dr. Mimi Thi Nguyen is Associate Professor of Gender and Women’s Studies and Asian American Studies at the University of Illinois where she has written books on American cultural hegemony and post-colonial power systems. Concurrently, she has written a number of scholarly articles on the politics of dress and its convergence with punk subculture. In 2015 she published a paper titled The Hoodie as Sign, Screen, Expectation, and Force, which used the case of Martin as its conceptual premise to uncover the philosophical interplay between clothing and body and the use of racial optics to justify racial violence. Below, Nguyen discusses her paper and the way clothing can be taken as a surrogate for flesh – particularly in the context of colonial oppression and as a means of claiming reasonable suspicion of criminality and violence. 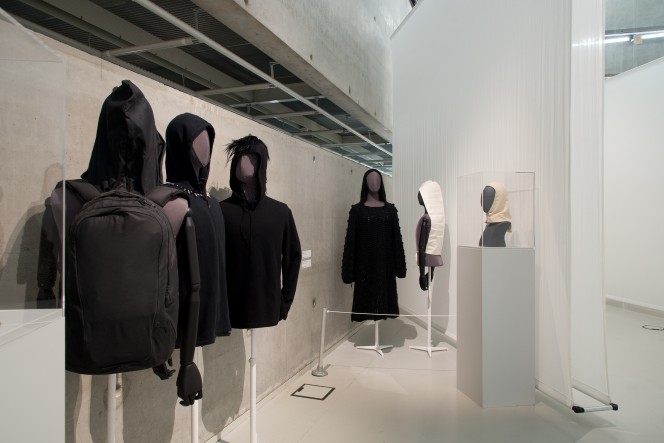 Finn Blythe: How can we understand the hoodie as having agency, especially within a black American context?
Mimi Thi Nguyen: In recent justifications for police and vigilante violence, the hoodie is sometimes cited as wielding a strange power over those who are compelled to act against it. In the 2012 murder of seventeen-year-old Trayvon Martin by vigilante George Zimmerman, Zimmerman claimed that his suspicions were aroused by the “dark hoodie,” pulled up against the rain but more to the point, according to the armed vigilante, against respectability, and therefore against rule of law.

According to this logic, Martin’s hoodie not only lends to him the resemblance of criminality – he “looked like” a thug – but also propels his body physically, expressively, into that realm of illicit activity – he “is” a thug, in his being he is criminal. Thus television personality Geraldo Rivera appeared on the Fox cable station morning show Fox & Friends to argue that parents should denounce the hoodie as a bad influence. “I am urging the parents of black and Latino youngsters particularly to not let their children go out wearing hoodies. I think the hoodie is as much responsible for Trayvon Martin’s death as George Zimmerman was.” Indeed, the jury found Zimmerman not guilty of second-degree murder, which allowed his justification of self-defense –His hoodie made me do it! – to script the hoodie as central to a racial optics and its claims to legitimate or lawful violence.

“I am urging the parents of black and Latino youngsters particularly to not let their children go out wearing hoodies. I think the hoodie is as much responsible for Trayvon Martin’s death as George Zimmerman was.” – Geraldo Rivera, Fox & Friends

FB: In your paper you refer to the hoodie as having an ‘indexical relationship’ to the body. Can you expand on what you mean by this?
MTN: In his philosophy of signs, Charles Sanders Pierce applied the term “index” to a multitude of signs: a footprint, a weather vane, a sundial, thunder, the pointing finger, the word “this,” the photograph, the rap on the door. The index is anything that could be a feature or trace – a touch, an image, a sound – that correlates with and thus implies a person, a movement, or a moment.

Clothes are thus indexical – that is to say, that clothes (or some feature of them, such as the side the buttons are placed) are often presumed to tell us something true about those who wear them, functioning as clues to their existence in the world. We can consider how clothes presumably signal an individual’s profession, class, gender, or personality (and also thus provides camouflage or disguise, because we presume these signals to be true). For this reason, clothes might provide an alibi for a racial, colonial optics as a surrogate for flesh.

There is a long history of imperial powers hinging their justifications for rule on the civilisational “backwardness” found in other places – Egypt, South Africa, and India, for instance – often signified in their clothes. Colonial-era missionaries believed that proper commodities, especially clothes, could affect a total reform, not just of the body, but of the soul of a “savage” people; while politicians such as Lord Cromer cynically described the hijab as an obstacle to the “liberation” of women abroad while brutally crushing suffrage movements at home. 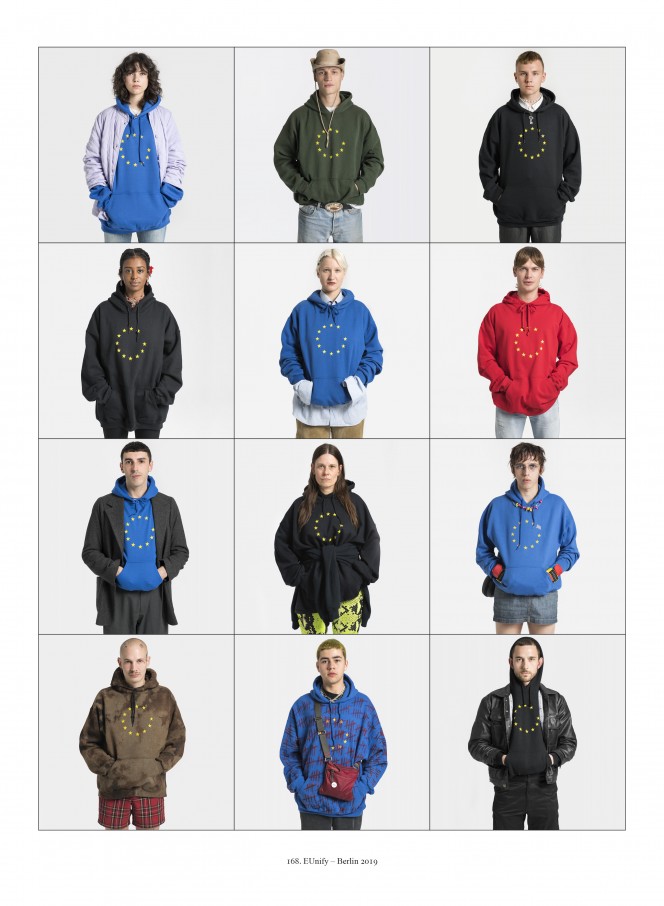 FB: I love your reference to Foucault’s prescient observation that modern criminal justice systems categorise individuals who resemble their crime before they have committed it. How is the hoodie conducive to this (often) racial pathology?
MTN: Making the criminal visible, and educating the eye on how to see and otherwise interpret the signs of his lawlessness – which is also his availability for detaining, and killing – is central to modern state powers of surveillance, reconnaissance, and prediction. There are long histories of predicting a correspondence between the visible aspects of surfaces including skin, tattoos, features, and clothes, and the unseen propensity for criminality in any individual that we inherit in the present.

Contemporary criminal profiles that include such surfaces teach us how to see race both with and without skin as an anchor. Consider the criminalisation of sagging pants (especially worn by young black men) in the United States, and some forms of hijab (on Muslim women) in Canada, France, and the Netherlands. Because these are liberal states that proclaim themselves champions of equality and freedom, clothes rather than the bodies that they cover are named as those suspicious things that trouble lawful persons who “merely” wish to see and secure something with certainty.

For example, while a 2010 French law bans “the concealment of the face in public,” rather than directly prohibiting the wearing of the niqāb, the law allows leeway for motorcyclists, fencers, skiers, and carnival-goers, among other non-Muslim exceptions. But President Nicolas Sarkozy himself argued that the law is specific to Muslim veiling, with the presumption that veiling is religious coercion and therefore a rights violation. He and supporters therefore claimed the law is necessary to French secularism in order to evade the charge of religious or racial discrimination. The hoodie operates in the same way – it provides plausible deniability for criminal profiling that is racial profiling.

“Because these are liberal states that proclaim themselves champions of equality and freedom, clothes rather than the bodies that they cover are named as those suspicious things that trouble lawful persons.” 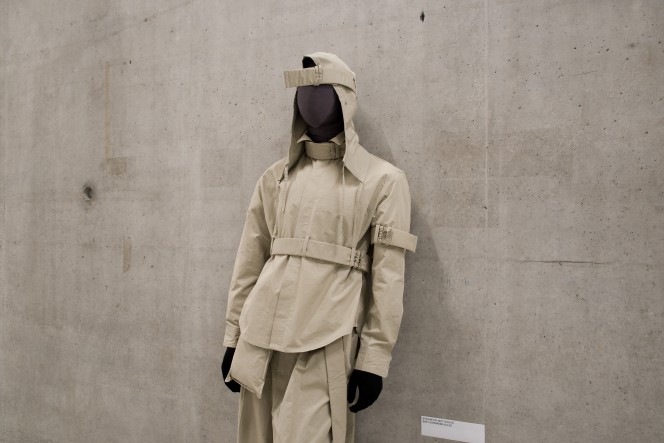 FB: How has the profiling of clothes in the US informed legislation and/or police measures?
MTN: Because racial profiling is understood as illegal – under recent interpretations of the US Constitution, racial profiling violates equal protection under the law, and freedom from unreasonable search and seizures – clothes become the next best surface for law enforcement to claim “reasonable” suspicion and fear of possible criminality.

In 2010, Arizona’s draconian immigration law, SB1070, made it a state misdemeanour to lack immigration documents (and more, to fail to carry such paperwork at all times), compelling police officers to determine immigration status if they form a “reasonable suspicion.” Discussing this 2010 legislation, California State Representative Brian Bilbray appeared on a cable news show to defray the accusations of racism with claims that “trained professionals,” presumably criminal profilers and other experts in scientific methods of observation and evaluation, would be able to identify “illegals” by their clothes: “They will look at the kind of dress you wear, there is different type of attire, there is different type of — right down to the shoes, right down to the clothes.”

“The profiling of clothes also informs the intense police and vigilante surveillance of sex workers, or populations vulnerable to accusations of sexual criminality, including trans women and women of colour”

The profiling of clothes also informs the intense police and vigilante surveillance of sex workers, or populations vulnerable to accusations of sexual criminality, including trans women and women of colour. Police cite “provocative clothing,” along with the possession of condoms, as evidence of criminalised activity. Elena Shih describes her fieldwork with Christian evangelical “sex trafficking” rescue organisations in Los Angeles, whose (mostly white) volunteers hide outside of Korean nightclubs, identifying every young Asian woman they might see in clubwear as a possible “trafficking victim” before turning over their notes to local law enforcement.

In all these examples, the premise is that some clothes signal “truths” of illegality and criminality – surfaces as suggestive of depths. But what they also do is provide cover for racial and gender policing – that is, these clothes tell us more about the (racist, transphobic, etc.) perceptions of others who aim to police them than they do about the persons wearing them. 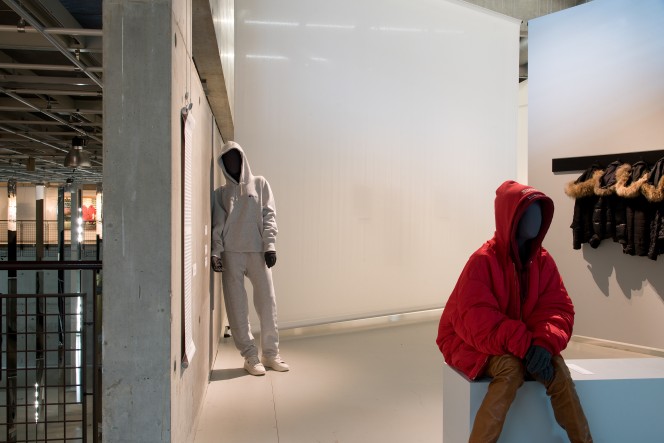 FB: How has the racialisation of the hoodie and its association with preemptive violence been used to justify violent action against ethnic minorities in the US?
MTN: Anti-black violence under white supremacy does not need the hoodie as justification, but it will use it as such. Whether the hoodie is a distraction, a detail, or something else, is a necessary debate about what the hoodie does in discourses about anti-blackness – how its presumed qualities render “reasonable” the act of self-defense against black bodies and provides its legal cover.

The Washington Post’s Richard Cohen, in his sympathetic portrait of Zimmerman, concludes that he “can understand why Zimmerman was suspicious [of Martin] and why he thought Martin was wearing a uniform we all recognize.” This is, on its face, ridiculous – everyone owns a hoodie, wears a hoodie. My 74 year-old Vietnamese refugee mother wears a hoodie she bought from mega-warehouse retailer Costco every day. But Cohen and others like him who proclaim these arguments avow plausible deniability for their racism – it was the hoodie “we all recognize” as part of a criminal profile – at least when some people are wearing it.

Or consider this from the Twin Cities-area City Journal, in which columnist Harry Stein affirms the hoodie as threatening: “The pretense is that the hoodie is an innocuous clothing item or, at any rate, that it is unfairly seen as carrying negative associations. There’s a word for this: nonsense.… Like pants worn low to reveal the shorts underneath, hoodies are part of a style favoured by gangbangers and drug dealers and others who hold life exceedingly cheap; which is to say, under certain circumstances, it is apt to heighten another’s uncertainty and fear, and bring potential danger for the wearer.” Like Cohen, Zimmerman, or countless others like him, Stein deploys the hoodie for its cover – that is, he names the hoodie in order to name black youth as predators, criminals, and others who hold life exceedingly cheap, in order to both repudiate his anti-black racism while at the same time rendering their lives disposable.

The Hoodie is on at Het Nieuwe Instituut, Rotterdam until 12 April 2020. Click here for more information.