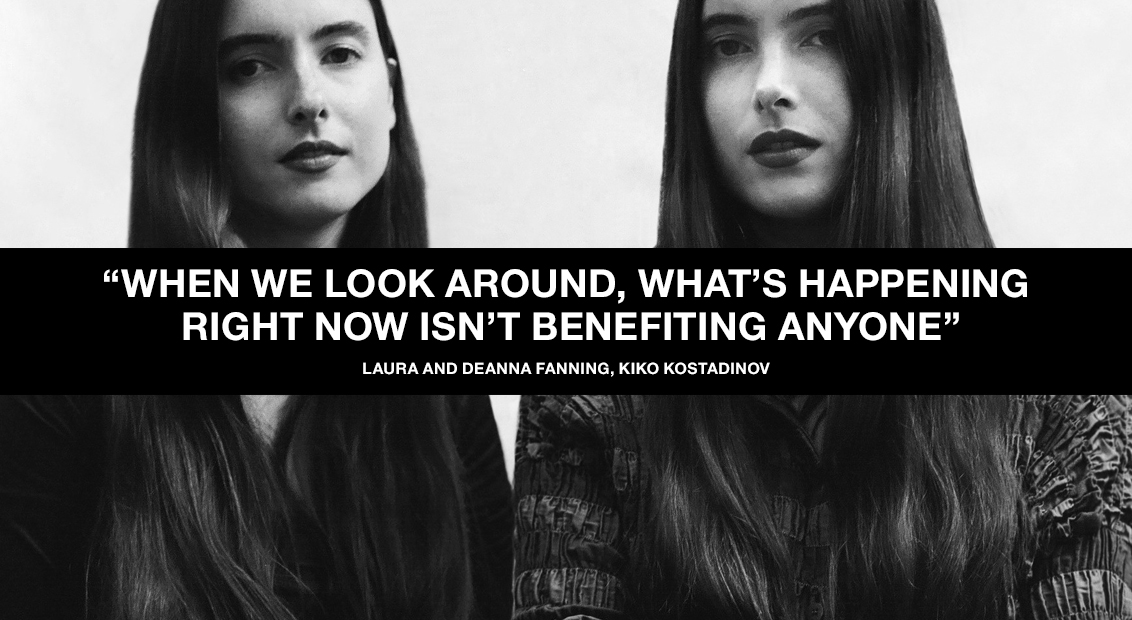 Ahead of next month’s general election, Laura and Deanna Fanning of Kiko Kostadinov womenswear are looking forward to voting in the country they only recently called home. Having moved from Melbourne to complete their MA’s at Central Saint Martins, the twins were quickly snapped up by Kostadinov to head his new venture into womenswear. Several seasons later, Laura and Deanna have been unanimously lauded for their hand-stitched brand of assertive femininity.

With the prospect of a split with the EU looming, the very structures that aided the pair’s move to study in the UK and succeed in fashion design are in jeopardy. The implications for the wider industry are equally bleak. On a corporate level, the possibility of increased tariffs mean higher costs for the £10 billion worth of clothes and shoes imported from Europe each year. For those that work in the fashion, including designers like Laura and Deanna, the real cost of this election could be stricter controls on movement and residency. Below the pair emphasise why this year’s election means so much and why Brexit could have a crippling impact on fashion. 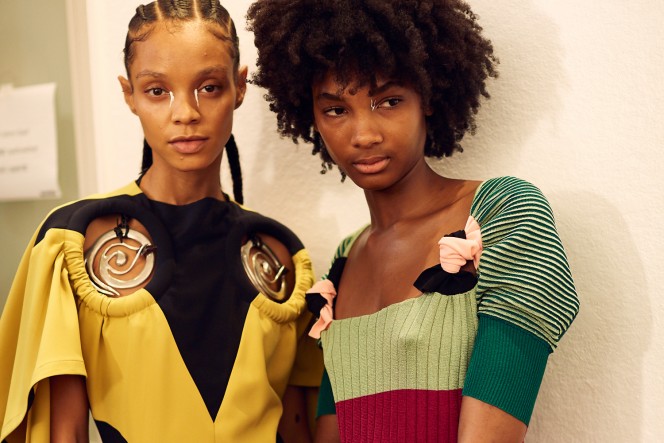 How will you be voting in this election and why?
“Let’s vote for change. When we look around, what’s happening right now isn’t benefiting anyone in our vicinity.”

How do you feel the outcome of this election impacts your peers in your industry? And more broadly, the future generation?
“We’re in politically dark times, where engagement is low and apathy is high. I’m not sure the election will change much. Once Brexit happens this will impact the fashion community in a multitude of ways. Of course the corporations won’t be affected, they would have the infrastructure to plan for all of this, but on a micro-scale it’s grave. We went to Central Saint Martins and lots of our peers were from the EU, I think the cultural diversity in creative institutions will change or will only be accessible to the very wealthy who can afford international fees. As dual citizens from Australia and the EU, I couldn’t have afforded my postgraduate education if EU fees were not an option.”

“Once Brexit happens this will impact the fashion community in a multitude of ways. Of course the corporations won’t be affected, they would have the infrastructure to plan for all of this, but on a micro-scale it’s grave.”

Being Australian, how does it feel to be voting in Britain?
“Voting in Australia is compulsory, it’s part of the Constitution. Of course the political system there is still bipartisan but I feel it does allow for some of the smaller parties to gain a legitimate following or representation that does allow for alternative lobbying to reach policymakers. We do feel a certain civic obligation regardless of our citizenship status in the UK and as a resident here, we feel obligated to vote, particularly when considering the events that have occurred over the past few years like Brexit and funding cuts in the NHS and education.”

What are your priorities in this election?
“Climate change, free movement of people, real mental health initiatives, better funding for education.”

Anything else you’d like to say on the subject?
“Let’s not make the same mistake made with the Brexit referendum, young people should vote. Don’t let a generation who won’t see beyond their own decade or two decide on your future or the future of your children.”

The UK General Election of 2019 will take place this Thursday, 12th December. To find your nearest polling station, head here.
For more information on the election, refer to this excellent guide by the BBC, here.