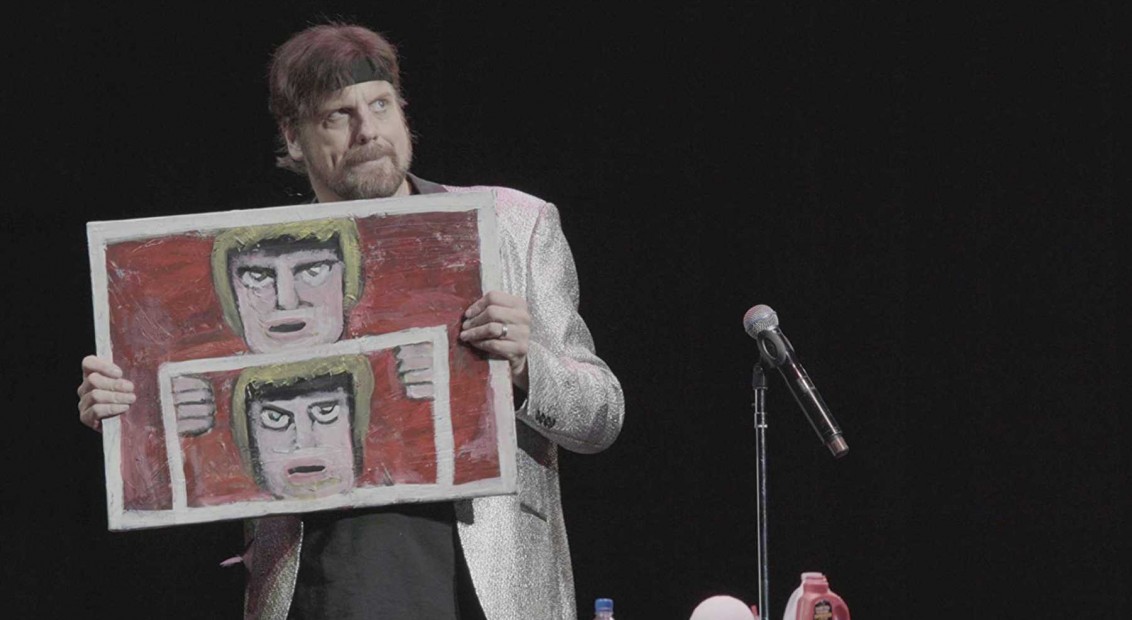 In terms of production, few documentaries are met with as much chaos, confusion and downright comedy as Benjamin Berman’s The Amazing Johnathan Documentary – yet come out all the better for it.

Conceived over three agonising years, the project endured its fair share of head-scratching moments as Berman struggled to come to terms with the magical, mercurial entity that is Johnathan Szeles AKA The Amazing Johnathan – cult magician-cum-standup whose gonzo-style live shows saw him appear to eat his own eyeball and skewer his tongue with metal spikes.

Since those halcyon days of year-round headlining in Las Vegas, lucrative endorsements and copious amounts of cocaine, the self-proclaimed ‘Freddy Krueger of Comedy’ fell upon hard times in 2007 with a diagnosis for cardiomyopathy, a terminal heart condition. In 2017, Szeles announced in front of a live audience that he only had one year to live, sparking a gold rush among documentarians to capture the last will and testimony of this enigmatic entertainer.

Enter Ben Sherman, who begins his film oblivious to the competition he will face from fellow filmmakers. In the process, he discovers no fewer than three other projects after the same footage, all signed off by Szeles who revels in the limelight and absurdity of multiple film crews vying for space around his sickbed. Throughout this highly unusual documentary, in which the obstacles Berman encounters become integral aspects of the film, truth and illusion become hopelessly blurred, leading him to extreme lengths and surreal encounters.

As part of the film’s UK premiere, Louis Theroux led a live Q+A screening with Berman and the film’s Academy Award-winning co-producer Simon Chinn (Searching for Sugar Man and Man on Wire), who only came aboard the project after Berman had sought him out personally midway through filming. Hosted at the BFI and broadcast to 98 cinemas across the UK, below we share a few select highlights from their conversation on the making of the film and the growing competitiveness of documentary filmmaking.

Louis Theroux: This is a funny movie, an entertaining movie and in part, there’s a very serious dimension to this which is a man’s illness. I hope I’m not bringing the mood down by asking, how is Johnathan?  Is he alive? And what was his reaction to this film?
Ben Berman: Johnathan is alive, thank God. He’s not doing well but he lives, so we’re very grateful for that. His reaction to the film – that’s a whole story that we’ll try and be brief with but I was very nervous to show him because we were filming the movie for two and a half years and I didn’t show anything, so he had no idea what we were doing. I think it’s pretty honest and shows him and his wife in a very honest way, but ultimately he was pretty convinced that he would hate it and he said he would shut it down if he didn’t like it. I nervously drove out to Vegas with my whole team and he loved it, he and his wife just laughed throughout the whole screening. It was the best screening of that movie that will ever happen…other than tonight’s, of course.

LT: It’s good to hear that and let me convey the best wishes for his health. I never actually doubted that he was ill, he just seemed so ill in his face that I kind bought the idea of his illness.
BB: So I’m the dick? [everyone laughs].

“He was pretty convinced that he would hate it and he said he would shut it down if he didn’t like it.”

LT: Simon, what was your first exposure to this project, how did it come onto your radar and how did you make the decision to get on board?
Simon Chinn: I guess my first exposure to something to do with this project was this article I read that weirdly, I look back and I think, why didn’t I pursue that? I was curious, but I literally thought it was some weird error and I was busy. But then I got an email from Ben [the director] kind of out of the blue, but you had tried to email me about six months previously.
BB: Ooo you remember that?
SC: I think you told me about that [everyone laughs] And your email was, I would say, a subtle deception, I now realise. In that you basically said you were coming to London to interview a number of filmmakers about a documentary about documentary ethics. The first I knew about the project was when you asked me that question and despite my calm exterior, I was panicking inside, I thought I’d been set up.

LT: So my slightly cynical prodcution mind was thinking well this interview might be a semi-reenactment of an agreement you’d already made, but it actually wasn’t?
SC: People have said the whole thing is a conspiracy.

LT: And in the moment Ben asks you would you consider coming on board and you look thoughtful, that’s a real moment?
SC: Yeah that’s real. I actually then went on to say I’ll happily look at a cut, which I duly did. 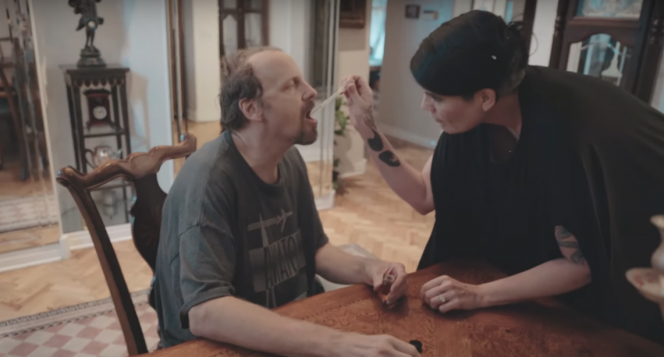 LT: You know why I like that? Because if it had been set up it would have been your decision to put the Oscars in the background during the interview [everyone laughs]
Ben: You must have experience when dealing with real life, sometimes things are just so incredibly perfect the way that they kind of fall off the truck that real life is often either funnier or weirder than you expect.

LT: One of the beautiful things is, I think we’ve all been in the position of making a film and then realising there’s another team there. Early on I made an episode of Weird Weekends about swingers and there was another guy [making a film] and we’d arrive for interviews and he would kind of hide in the next room to find what we were interviewing our contributors about. I mean the level of paranoia was frightening. Was there ever a point you wanted to walk away?
BB: Yeah I’m sure there was, but at a certain point we were so far into the process and there was my money spent and time spent. I’m a pretty persistent person and I didn’t know where I was going but I knew I had to get to an end so I think those fears and things, you just have to power through. 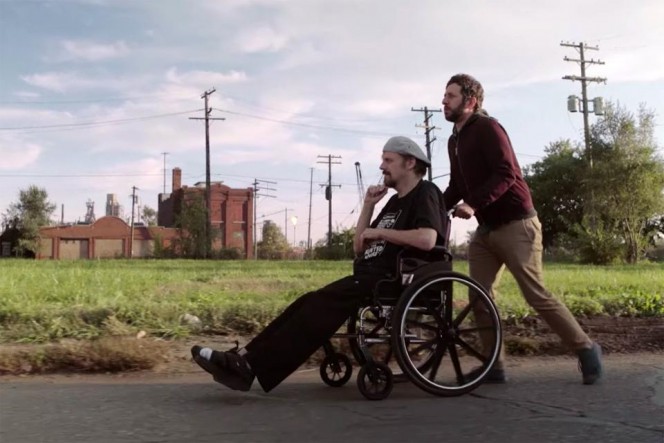 LT: Simon, when we were doing the Scientology film together Alex Gibney was working on a doc at the same time [Going Clear], you’ve also had a similar experience with Whitney Houston where Nick Broomfield was making a doc. Is that quite a common situation in your world?
SC: It’s become increasingly common. It didn’t used to be. I guess when I was doing Man on Wire there was a bit of competition but it’s nothing like it is now. I mean I wouldn’t say every project but maybe most projects I do, I mean there’s a project I’m working on at the moment where at one point there were literally five other competing projects, so yeah, it’s difficult to sleep at night.

LT: How do you decide to fish or cut bait?
SC: That’s a really good question. I honestly don’t know the answer to that but I suppose if you have a sense that you have no chance of being first out of the gate. I mean with our Scientology film, we knew we wouldn’t get there first, we knew Alex Gibney would, I guess the only chance we at that point have is to make a film that was weird and very, very different and I think we did that, for better or worse.

The Amazing Jonathan Documentary is out in cinemas now.