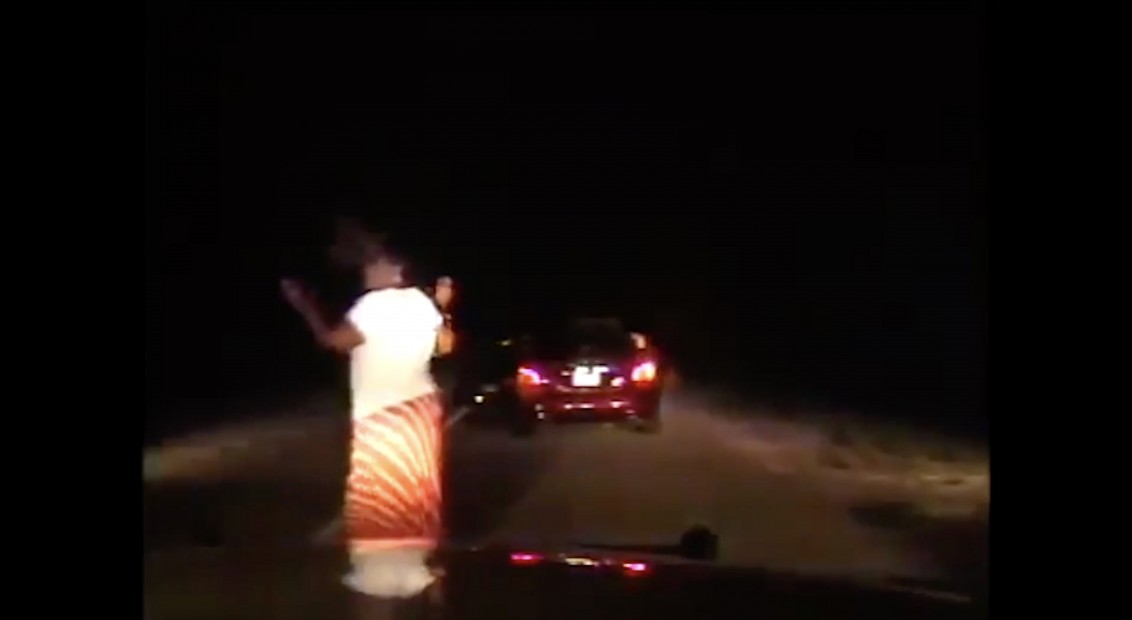 “I don’t think very many black people were surprised by these images”, Arthur Jafa on collaging black culture and white violence

Arthur Jafa, Love Is the Message, the Message Is Death, 2016 (Film still) Courtesy the artist.

“I’m a systems person,” says artist, filmmaker and cinematographer Arthur Jafa, “Someone who thinks very much in terms of structure.” Having directed Spike Lee’s Crooklyn in 1994 and conducted second unit photography for Stanley Kubrick’s 1999 Eyes Wide Shut, Jafa is well versed in the art of such structures; the affective chemistry of shot length, narrative, lighting, music and rhythm that underpin the work of those masters.

Nowhere is that esteemed tutelage more evident than in his film Love is The Message, The Message is Death, first shown in 2016 at Gavin Brown’s Enterprise in Harlem. Made of collaged film clips, from viral YouTube classics to civil rights marches, legendary black musicians to harrowing incidents of police brutality, the film flits hypnotically between found footage to the soundtrack of Kanye West’s Ultralight Beam. As much as it celebrates the cultural strength of blackness and its subjection to white violence, Love is The Message reflects Jafa’s formal training in feature films and his deft ability to transfix audiences with impactful imagery and sharp editing.

Since it was released, Jafa has grown into one of the most sought-after artists, directing music videos for Solange and Jay-Z, assisting fellow director and friend Khalil Joseph on Beyonce’s Lemonade and winning the Golden Lion at this year’s Venice Biennial for his new film, The White Album. Now with the work back on show in Turin’s Palazzo Madama after Jafa was selected as winner of the 47th Prix International d’Art Contemporain, the artist has an opportunity to reflect on what its success has taught him. 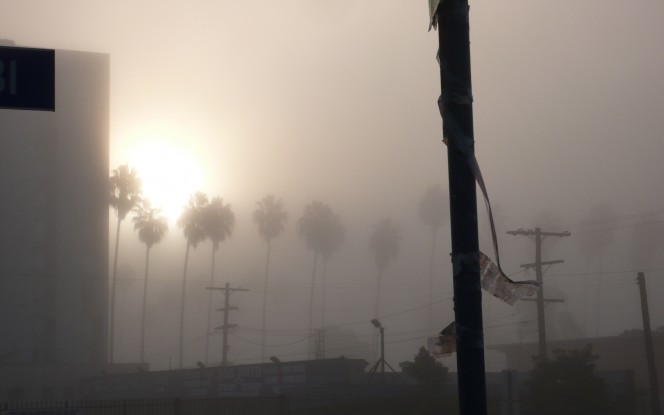 On the structures that underpin great artists:
“Basquiat’s a great example. It’s like he has a certain touch, his line has a certain quality, and that line I think fundamentally is the basis of why people love his paintings. There’s a thousand Basquiat imitators, we’ve all seen them and as soon as you do you know what they’re imitating and that it’s not Basquiat. I mean if you know contemporary art, you know the context of the work, you can see all the things that he himself ingested and reformulated internally. But it’s not just that, it’s also the quality of his mind.

It’s like there are two things that he has: the actual structure of his line, which if you really want to analyse why the work works, you would have to take the lines and look at them microscopically to see how they swell and contract. But at the same time, you’re also seeing an instance where an artist found the perfect medium to describe, in a very fluid, facile way, what was happening in his head. That’s what’s so genius about it, that he actually used painting to talk, to read, to spell things out. A lot of times I think great paintings, Rothko’s that I love, don’t necessarily spell things out, they create another effect which I love but Basquiat’s paintings actually talk quite a bit, they speak.”

On his reaction to the universal acclaim of Love is The Message:

“I wouldn’t necessarily use the word confusing, it’s funny I only got that [the work’s popularity in London] by hearsay. I think I was only there the first day it was shown in London because it was the tail end of the Serpentine show closing and people would call and tell me there were these queues… So I didn’t really get to see it I just sort of heard of it… I think I wasn’t so much confused about it, I mean there was one aspect, when I first assembled it and sort of looked at what I had, I was definitely like, ‘Wow, this thing is kind of intense and I think black people are going to be moved by it,’ not necessarily moved to tears or anything like that but would be struck by it.” 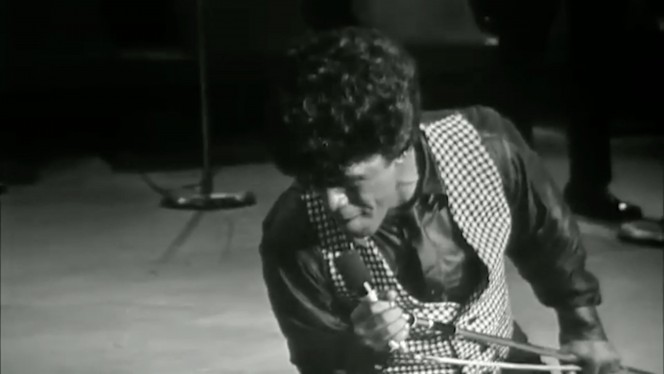 On the connection between artists and musicians:

“I mean in a very real sort of way, musicians are artists who are musicians. My real point of reference in terms of the life of an artist – I mean I didn’t grow up reading about Picasso or painters or stuff like that, I grew up reading about David Bowie, Jimi Hendrix and The Rolling Stones. There’s always this romance of the big push, conceptually. Sly Stone, There’s a Riot [Goin’ On], like all these pop tunes and they’re great songs, when he does right it clearly is a different thing, I mean it has a very complicated relationship to his ability to make things that are hummable, things that move people in a certain kind of way.

So for me, like the movement from Love is the Message, which you know, it’s a scream, it’s a shout, it wasn’t anything that I made in any sort of pre-emptive way in terms of anticipating how it was going to be received, I just did it. Like as much as Love is the Message is very affective, because I feel like the things that I worked on for twenty, thirty years that undergird this affective capacity, it’s almost like I feel I have that in my back pocket. So in a certain respect, I’ve become interested in other kinds of structural things and then how I can now use this other thing.

On segueing from black conditioning to scenes of violence in Love is The Message:

“One of the most interesting experiences I’ve had in the last twenty years was when the whole Abu Ghraib thing happened. I was teaching up at Bart College, and one of my colleagues, I think it was David Levinthal, gave a really interesting presentation around the history of the iconography that you saw in those photographs. The peaked hats, the inquisition, the Klan, the Dunce caps – all this kind of stuff. At the end of it he said something to the effect of, “One of the most shocking things about those images is that people couldn’t imagine them.”

I remember sitting in the audience and at a certain point, people literally turned and started looking at me as one of the only black faculty there at the time. I got a little upset because I was like, ‘Honestly, I’m very hesitant to journalise about black people, but I don’t think very many black people were at all surprised by these images. In the same way I don’t think women would necessarily be at all surprised by those images.’ Because these are things that everybody knows, you don’t necessarily have images to verify them.” 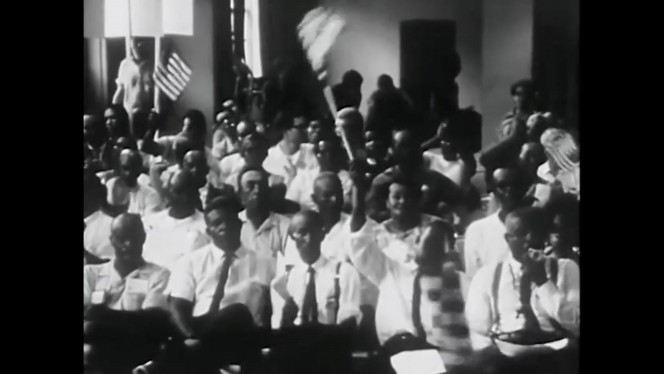 On whether he had a preconceived idea of Love is The Message when composing it:

“Nope. Because the thing is like, if we say a person is a composer versus a person as a player or improviser, we know we’re just speaking about ways of getting at something. In real terms, there’s no hard line between the two things. The composer is improvising in the moment they write down a composition, you know what I mean? Even an improviser is just composing in real time. And even most of the time when you say they’re improvising, really what they do is they have a bunch of riffs and they have a complicated, complex way of re-ordering those riffs and moving them around. 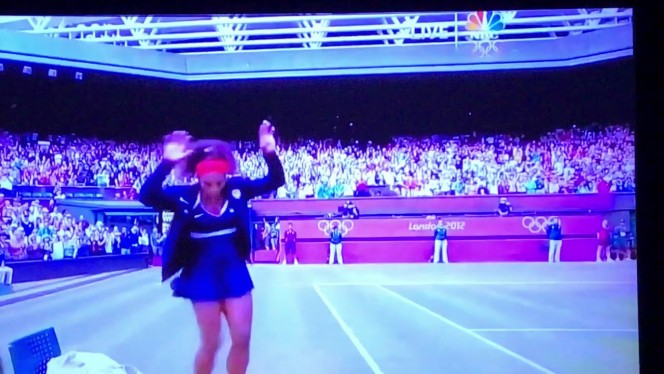 The movement maybe is a little on the fly, but basically to be a John Coltrane or Charlie Parker or any great jazz player means you have a repository of compositional, pre-fabricated units that you can re-situate in real-time. So in reality it’s not a hard and fast line between composition and improvisation or something like that. It’s more like, all the things I did were informed by my entire life of looking at images, consuming images and at a certain point also, being able to manipulate those images myself. So I didn’t start off with any sort of pre-structure at all, basically I had a file with things in it and I just laid it out, meaning I didn’t compose it, I just put one thing next to the other thing.”

On the film’s structure and the role of music:

“I started with Charles Ramsey, that was always the first thing I had, and James Brown from the beginning was the last thing I had. There was very little moving things around inside of it. I put other things in place and some things I removed, but there was very little taking something from the back and putting it to the front. All that happened in a two or three hour period, initially, I would say about 80 percent of it was in place where it ended up being in that two or three hour period.

About a week and a half after that I saw Kanye West and I put the music down, I didn’t put the images down in some fixed way. I heard the music with it and I said, “Wow this is interesting.” Then I did go back and tweak and refine it in relation to the music but as I said, the music is just broken up, you can’t find that version [of the song] because it’s not really a mix, it’s just broken up with different things coming in here and there, like Earl Sweatshirt.

So for me, like what you said at the beginning, it is musical, but because music is the sort of human modality par excellence of being able to generate something that is virally received and transmitted, like when you hum a tune, you know what I mean? It’s one thing if I tell you something and you repeat what I say, that’s a primordial thing that human beings do. But I like to think humming a tune preceded that. Grunting preceded that. When there wasn’t  a specific meaning it was just, hummm…”

Love Is the Message, the Message Is Death by Arthur Jafa is on show at Palazzo Madama, Turin, until November 13, 2019.