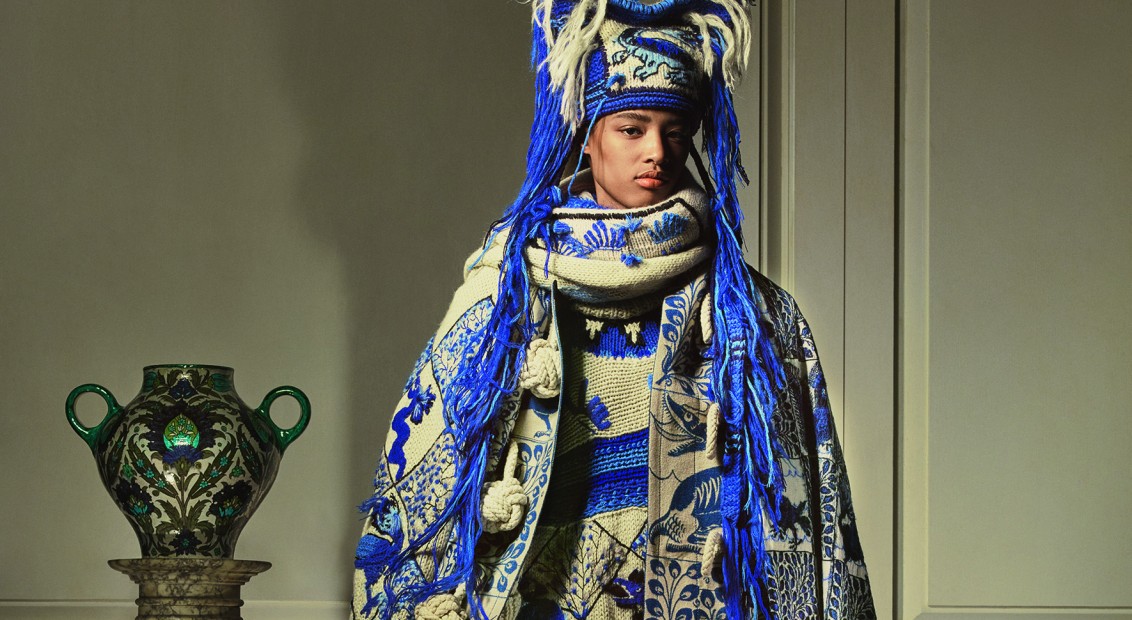 fresh from the kiln

fresh from the kiln

The work of English potter, tile designer and novelist William De Morgan, who was a life-long friend of the Arts and Crafts Movement’s founder William Morris, is celebrated in a new seasonal capsule collection from Loewe that references Morgan’s signature animal illustrations across men’s and womenswear. 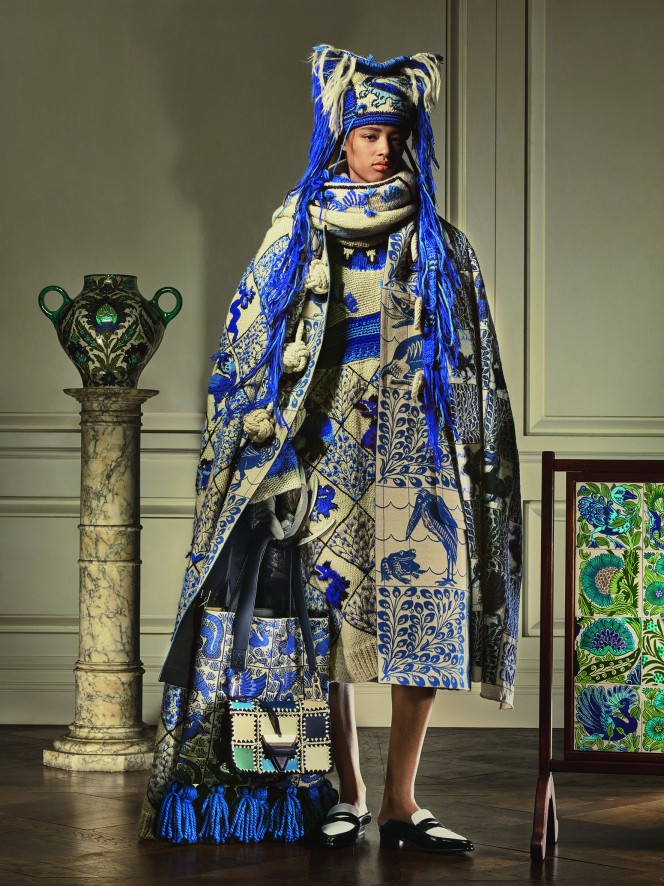 “Each year we have tackled different Arts and Crafts heroes of mine,” says Jonathan Anderson. “For me it was a very natural process to do William De Morgan, he was a big collaborator in the Arts and Crafts movement and a true fantasist in that moment.”

Having last year celebrated the life and work of Art Nouveau’s founder, Charles Rennie Mackintosh, De Morgan is a fitting continuation in Anderson’s exploration of British craft heritage at Loewe. Having first met Morris in 1863, after becoming disillusioned with his academic studies at the Royal Academy, De Morgan was initiated into the Pre-Raphaelite circle of painters, poets and critics who would come to shape his artistic sensibilities. (It’s said that on their first meeting, Morris sang the entire conversation while playing the lute.)

After initially experimenting with stained glass, De Morgan moved into pottery and, in keeping with Morris’ ethos of technical experimentation, developed a number of innovative methods of glazing, firing and colouring that were unique to his practice at the time. Though financial trouble would force him to take up novel writing in later life, where he incidentally received far more recognition than he ever did as a potter, his contribution to ceramics remains indelible and features in museum collections globally.

Standout pieces from the collection include outerwear pieces and postal bags, both featuring enlarged details from his most well-known tiles, while others are hand-stitched onto over-sized scarves and knitwear. Dodos, peacocks and hoopoe birds make up the colourful array of fauna painted on to various items, while rabbits and partridges find their way onto leather accessories.

The Loewe De Morgan collection is available from November 15 2019.