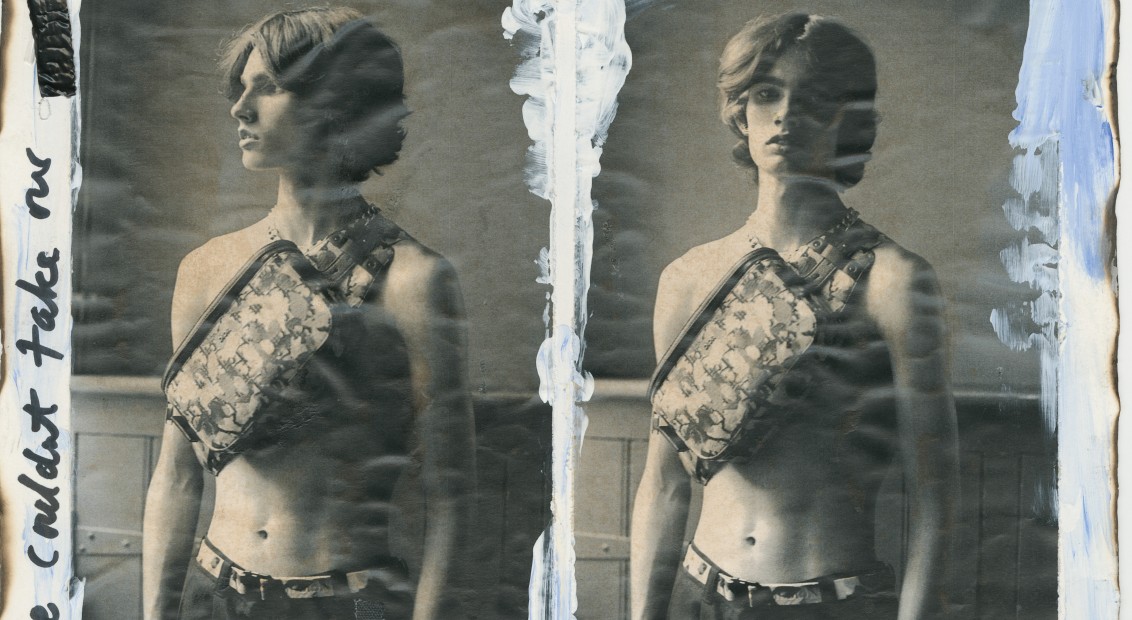 Captured during the cover shoot – photographed by Toyin Ibidapo and styled by Davey Sutton – the film pays homage to Kim Jones‘ vision for SS20, just over a year since he took the reins at the house. Below, Foxall’s Max Saward explains the process.

“We scouted a forgotten, disused railway museum in the Thames dockyards, which we filled with smoke-machines, expired electronic equipment, graphic painted canvas sheets and vintage furniture, giving the story a sense of retro-futurism alongside Dior’s crisp and illustrative prints.

We then bought the small caravan TV from a car boot in rural Oxfordshire and used an early Mini DV film camera which interfaced with it. Not in shot was a KTM off-road motorbike creating additional smoke and sound in the corner. Our film runs a thread through it all.”