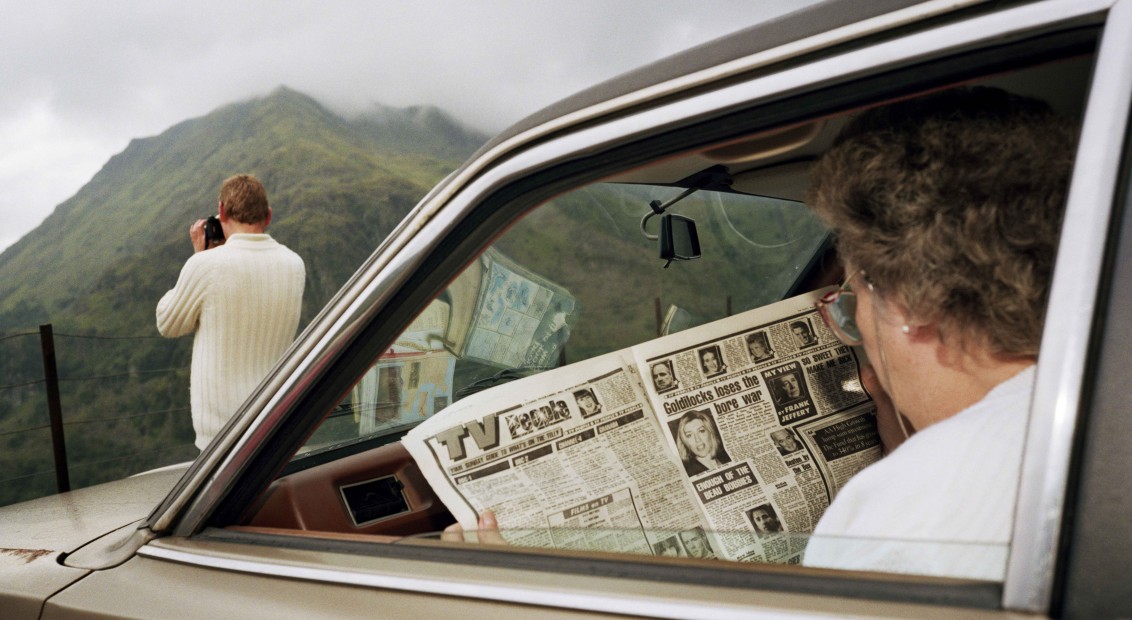 For the last forty years Martin Parr has photographed Wales, not as an attempt to uncover some profound truth or quintessential Welshness he says, but as part of his life-long preoccupation with the UK, its culture and people. A selection of these photographs, taken between the mid 1970s up to last year make up Martin Parr in Wales, one of three exhibitions alongside August Sander and Bernd and Hilla Becher opening at National Museum Cardiff as part of their Autumn Photography Season.

Based in Bristol for the best part of the last thirty years (where he opened his eponymous Foundation in 2017), Parr’s proximity to Wales – a mere hour drive across the Severn Bridge – has made it a natural area of investigation. From early shots atop of Snowdonia and working men’s clubs to signature, highly saturated images of unappetising food and his beloved Tenby Beach, consciously or not, Parr’s eye succeeds in documenting an unspoken familiarity and everyday truth that is unquestionably Welsh.

Unlike other corners of the UK whose beauty he sees as more obviously accessible, Wales is Martin Parr’s quiet romance. Tended over four decades (Parr owns a flat in Tenby Beach which he regularly visits) that admiration is what gives this series comprising some never before seen works its vibrancy and sense of life. Below Parr discusses his relationship with Wales and the changes he’s witnessed since he first visited. 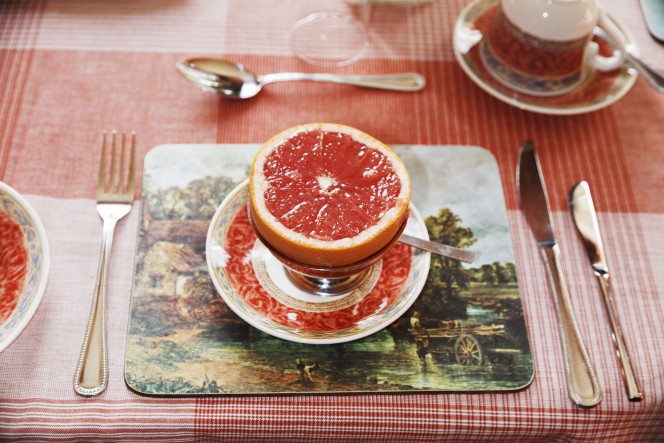 On what food can tell us about culture:
It’s interesting because now everyone’s got a smartphone and if you go to a restaurant, everyone’s photographing their food. When I started you didn’t have that technical ability to take photographs of food so no-one was doing it, I just thought, I want to get this close-up camera and I want to examine the whole world of food on the basis that we are who we eat and it tells us a lot about society and what we do.

It also tells us about the basic lie we confront everyday. If you go to a supermarket, you look at the food on the packages, it always looks beautiful. Open up the package and it doesn’t look anything like what’s on the cover, so that basic notion that we are surrounded by images that are telling us an untruth or lying to us. I wanted to exploit that fully by showing food as it is, not the worst food but just food as you find it.

On what keeps him excited after over fifty years of taking photographs:
I’ve never had any problem being excited because I just love to be out there recording the world, interpreting it. My problem is I just don’t have enough time because there’s so much more to do and there are all these other demands on my life. You could put me almost anywhere and I’d be happily photographing but I guess I have to give priority to my depiction of the UK all the more so because of the tumultuous times that we’re going through. So I’ve been photographing protests and all these other things that I didn’t really do before but they’re all part now of my repertoire and an important contribution.

“You could put me almost anywhere and I’d be happily photographing but I guess I have to give priority to my depiction of the UK all the more so because of the tumultuous times that we’re going through.” 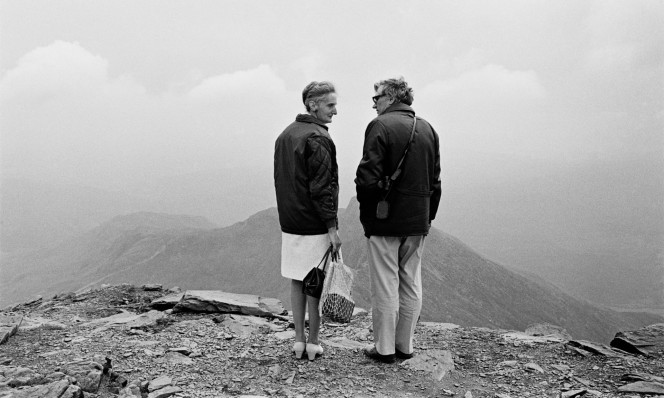 On how Wales has changed in the time he’s been documenting it:
I would say the traditional industries have gone. When I first came to Wales there would have been twenty pits and now there’s none, so that’s a big change. Of course there’s all this new technology and new industry here but I haven’t consciously photographed that. I’m just doing the final chapter of my Irish section [a forthcoming series on Ireland] where I’m going to Dublin specifically to photograph start-up digital companies and a gay wedding. I really wanted to show the difference between Ireland in ’79 when I started and Ireland now is even more dramatic than the difference between Wales in the same period.

On how he thinks Wales is perceived by the rest of the UK:
I think a lot of people don’t know Wales, there’s a lot of snobbism against it, people just don’t know how beautiful it is. I think people get Scotland and Ireland more easily but it’s their loss because Wales is a stunningly beautiful country; the range of landscapes, the coastline is spectacular, so I almost don’t mind the fact that it’s not as well known or appreciated. 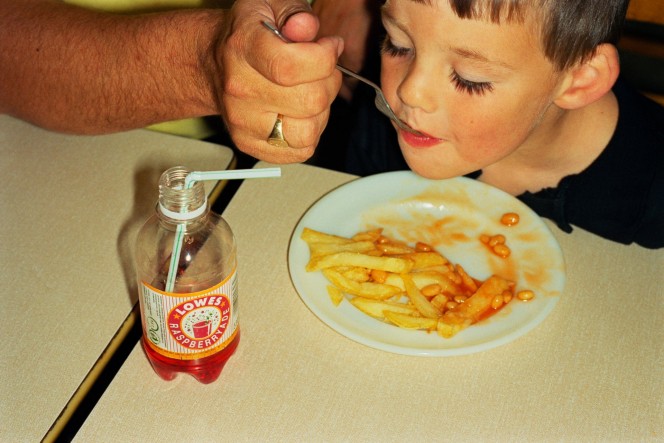 On the most under-appreciated elements of Welsh culture:
The coastline of course, the mid-Wales farming towns, very beautiful towns with a great sense of community, big agricultural land and then you’ve got the slate quarries in the north of Wales so I guess these are all part of what constitutes the icons of contemporary Wales and a lot of these are timeless.

ARTIST ROOMS: August Sander and Bernd and Hilla Becher: Industrial Visions are on show at National Museum Cardiff until 01 March 2020. Martin Parr in Wales is on show until 04 May 2020. All shows are free, more information can be found here.