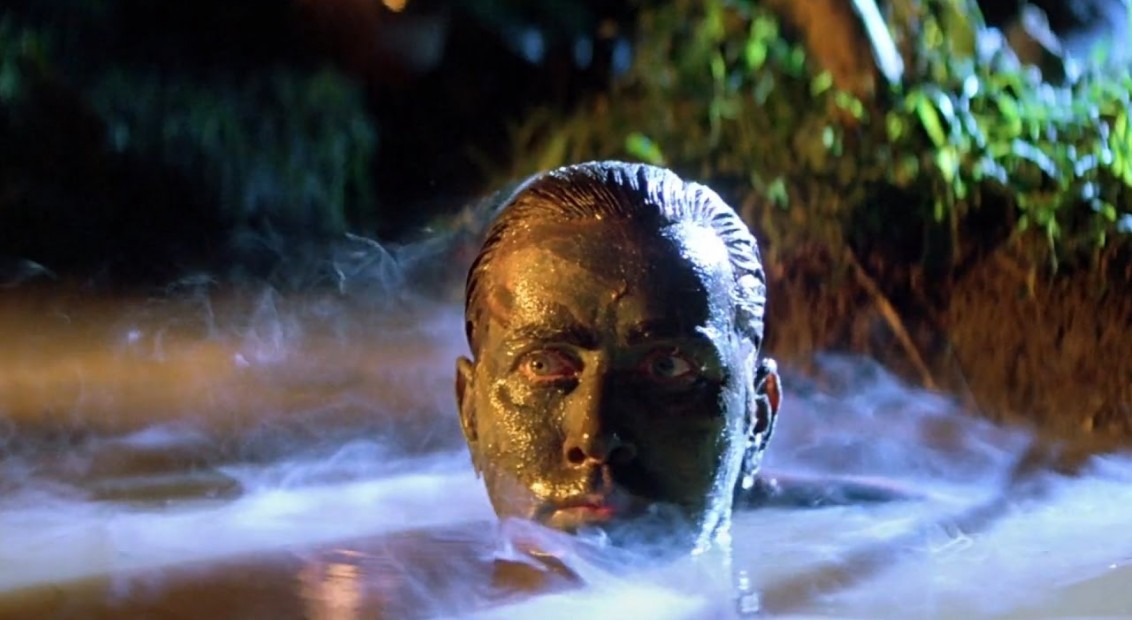 From Lynch to Hitchcock: the documentary examining cinema’s most iconic sonic moments

From the ominous textures of Wagner’s Ride of the Valkyries in Apocolypse Now to the shrieking violins in Hitchcock’s horror classic Psycho, the use of sound – and its absence – in film is what drives the emotion behind the high-speed car chases fight sequences, explosions, horror and journeys of adventure. Tracing the diverse and intrinsic use of sound in filmmaking, Making Waves: The Art of Cinematic Sound is a new documentary that takes a deep dive down the rabbit hole, featuring interviews with the industry’s key players; those who can best articulate what it means to create and communicate through this medium.

Featuring contributions from the likes of George Lucas, Steven Spielberg, David Lynch, Barbra Streisand, Ang Lee, Christopher Nolan and Sofia Coppola, director Midge Costin, a Professor in the Art of Dialogue and Sound Editing, examines the craft from the inside-out – understanding that the art of achieving sonic success is to fly under the radar and for the viewer to be swept into a moment

Below, Costin discusses astute uses of sound in contemporary film as she talks us through some of her favourite movie sound moments.

Clementine Zawadzki: It’s impossible to think of a moment in film that isn’t tied to sound in some way. What moments have stood out to you over the years and particularly when piecing together this film?
Midge Costin: Oh there’s so many! One of my favourite movies is The Sound of Music and I loved My Fair Lady. I used to sing with my sisters and play the guitar, so I just loved music. It was always powerful for me in movies, especially the use of orchestra in movies like Raiders of the Lost Ark (1981) and Apocalypse Now (1979). Personally, one of the things I love in Making Waves is when Gary Rydstrom talks about Saving Private Ryan (1998) and how when the music does come in it’s like a liferaft because it allows you to have emotion. I remember when I first saw Peter Weir’s Master and Commander (2003) and there’s no music at the beginning, you just see aerial shots of this old sailing warship out in the middle of the ocean and you’re left thinking, “Where is the orchestra?” but then you hear the creaking of the boat and everything. Normally, the music would be setting the mood, but it’s also reminding you that you’re watching a movie. The absence of music has a huge impact just as much as the sound has emotion; it’s just more subtle.

CZ: It’s interesting looking back to silent film, and then radio, and now we’re in an era somewhere between podcasts and going to showings in theatres where films are accompanied by a live orchestra or band scoring the visuals. It’s an industry that always seems to be evolving…
MC: Well that’s part of the Making Waves title. Francis Ford Coppola, George Lucas and Walter Murch went north to take it out of Hollywood; they wanted to do it differently and they wanted to think about sound early on. Also back then, things like sound editing and mixing were all separate jobs and Walter was doing all of them, which is kind of how it’s done now, so they were setting a new wave of doing things.

CZ: Something really lovely about this film is how it gives a comprehensive overview of cinema just by focusing on the use of sound effects and music…
MC: I love that Robert Redford talked about how radio was so important to him and how creative it was for your imagination, which is funny to think about now in a world of podcasts because we all know how much Orson Welles freaked people out with War of the Worlds (1938). I think he [Welles] used sound so well in film because he was a storyteller, which is key. Peter Weir also had a lot to say about the importance of radio and sounds, but I think we unfortunately had to cut a lot of that out. Alfred Hitchcock and Orson Welles’ films really stood out to me as having really great sound, because even though it’s quiet, it’s not bombastic. I do remember how The Birds (1963) had no music in it, which people don’t often realise when they watch it.

CZ: Speaking of The Birds, how does the poignant scene where Tippi Hedren enters the attic summarise Alfred Hitchcock’s sonic style?
MC: It’s all of his films! Actually, I saw in a book that he [Hitchcock] would write detailed notes reel-to-reel, right down to the footsteps. He always wanted the dialogue to be very clear and crisp. His films weren’t about being loud or having special effects, although the birds were processed sounds that Bernard Herrmann actually made, so they were not real bird recordings – it was created and orchestrated. I was actually hesitant to use that clip because there isn’t even the sound of the door opening. I think that shows dynamic range though; when it’s quiet and then something loud happens. As a viewer, we’re lulled into this silence and then she gasps and this crazy flapping of birds’ wings starts, and you hear the fear in her voice. This is where Hitchcock was really clever, because recording clearly was essential so that every little detail could be heard. He was very precise.

CZ: When I think about filmmakers who are precise, David Lynch definitely springs to mind. There are a lot of touchstones we could pull from here, but what Lynchian moment struck a chord with you?
MC: One of the first times I thought about sound was when I saw Eraserhead (1977) – and I love that movie – I remember it’s right near the beginning of the movie when the character is walking through a very industrial environment and he steps in a puddle, but when you look back at the movie you realise it doesn’t even make a sound. You can hear this almost circus-like music in the background; over the top ambiances that are very industrial-like, pounding factory noises. Then, he goes inside and everything sounds just a little louder and very eerie. It helps set up an image of an altered reality. I just loved that and I recognised something was different here. The thing about when sound is done well is that you don’t notice what’s going on during it, but you know you’re affected by it. Then I have to go back and look. I think he’s [Lynch] brilliant in that way and how he works with a composer. Also, in Blue Velvet (1986), the ambiance – and again – the beginning… that’s one of my favourite openings in a film. The breeze, this all-Americana setting, the fire engine just going by – something you identify with – and then suddenly there’s this white picket fence, which is such a metaphor for 50s America – to then go down into the grass and you’re hearing the creatures beneath the surface. It’s so beautiful. Walter Murch speaks about this a lot in the movie, about using sound metaphorically. The creepiness, the underworld, it just flows and I think David Lynch does that really well. Of course, he worked closely with Alan Splet, who unfortunately passed away in the 90s. Alan really influenced the way a lot of people think about sound because he was a master at using it creatively.

CZ: I think Lynch’s work definitely forces you to pay attention because everything is so deliberate…
MC: Yes! Another thing I think was really surprising about the movie was our interview with Barbara Streisand, as she didn’t even know that she was part of sound history. Ioan Allen was one of the head engineers at Dolby and he asked Ray Dolby if they should get into movies, so he went to all the studios and they all said the sound was good, but they didn’t need it because it would cost so much for them to switch from mono to this new Dolby stereo. Barbara was doing A Star is Born (1976) and Stanley Kubrick was doing A Clockwork Orange (1971) and they both said, “No, we want this,” and because she was so powerful, they listened to her. Ioan gave her a lot of credit because he knew what happened. When she told the story, she said that was the first live recording of sound in a movie; before then, people weren’t really singing in movies. Because she was used to singing on stage, she explained how she gets emotional but it isn’t always in the same spot, so to be able to go back and look at the clips and see it was special. She was so thrilled she got recognised for that.

CZ: How about Ang Lee? I always think he finds elements of stillness or pause somewhere…
MC: I feel like with Ang Lee, Peter Weir and David Lynch, filmmaking is their spirituality. Ang Lee spoke about The Ice Storm (1997) and how he was trying out different things with his sound effects designer Eugene Gearty, using marbles and cracking things, but he said that broken glass was his favourite sound to help them recreate ice. I just love how he [Lee] gets into the detail with his sound people and they collaborate so closely. Eugene actually had this big challenge in Crouching Tiger, Hidden Dragon (2000), where he wanted to come up with the perfect blade sound, like for the sword. You have to assign the perfect moments thematically for how you’re going to use sound, so for The Ice Storm it was clearly the ice – including rain and snow – and then in Crouching Tiger, Hidden Dragon it was about movement.

CZ: What do you hope people take from the documentary next time they watch a film?
MC: I really want people to understand the artistry of sound, because it really is an art form, not just something technical. I want people to realise the importance of emotion that’s driven by sound, not just by music. Directors say it brings 50 percent of the emotion. I hope it helps people appreciate their hearing and teaches people to listen, that’s really important to me.