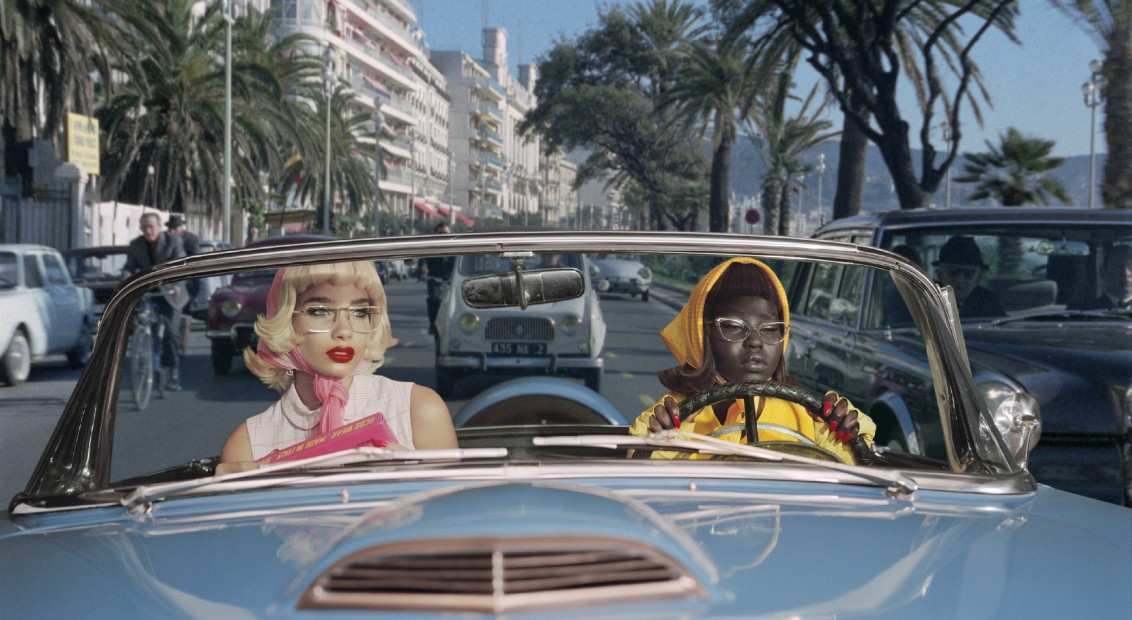 “I just imagined my personal dinner table, exactly like my life today with GCDS, made of enthusiastic and unexpected meetings as part of a daily routine.” Photographer and filmmaker Nadia Lee Cohen says, recalling the inspiration behind her short film for a brand new “Made in Italy” collaboration between streetwear brand GCDS and the Barilla Group, the world’s largest pasta company.

Titled Dinner’s Ready, the film draws together multiple aspects of Italian living – exaggerated through Cohen’s vibrant lens – as a composition by Georges Bizet created for his 1875 opera Carmen ties scenes together. The result? A wild ride through a hyper-stylised day in Italy, paying homage to the county’s rich culture and aesthetic.

Taking inspiration from Douglas Sirk and Alfred Hitchcock’s technicolor visions, Cohen’s vision depicts a day in the life of a cornucopia of characters, all on their way to a once in a lifetime meal. As we move through gritty subways, dark jazz bars, open-top drives we arrive at a dinner party hosted by Hollywood royalty Sophia Loren, no less. A major foodie, Loren has released a series of cookbooks over the years and is attributed with the quote, “Everything you see I owe to spaghetti.” Needless to say, you don’t turn down an invite when Sophia comes a-calling.

Of casting the legendary actor, Cohen says, “When I had to imagine who to choose for this cameo, from anyone in the entire world, I literally couldn’t think of anyone else but her: Sophia represents THE icon of Italian history, the ‘mother of Italy’ that greets her different family members, with just one simple message that everyone growing up as an Italian has heard over and over: “Dinner’s ready! E’ pronto!” 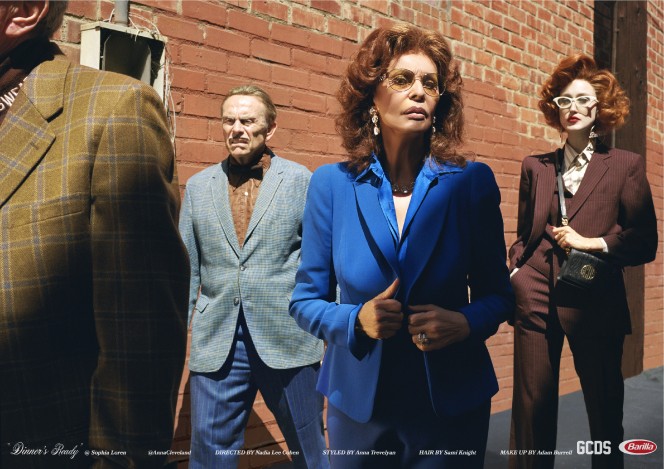 “We said, wouldn’t it be great if we could get Sophia Loren? Next thing I know I’m staring into the feline eyes of the icon herself, as she spoke Italian to me, whilst I pretended to understand.” – Nadia Lee Cohen

“A completely white canvas was offered to me by Guido Barilla in our first meeting,” says Giuliano Calza, creative director of GCDS, “What started as a capsule collection, eventually ended up in Hollywood studios, with our teams filming for three days on Los Angeles sets transformed to dinner settings.” 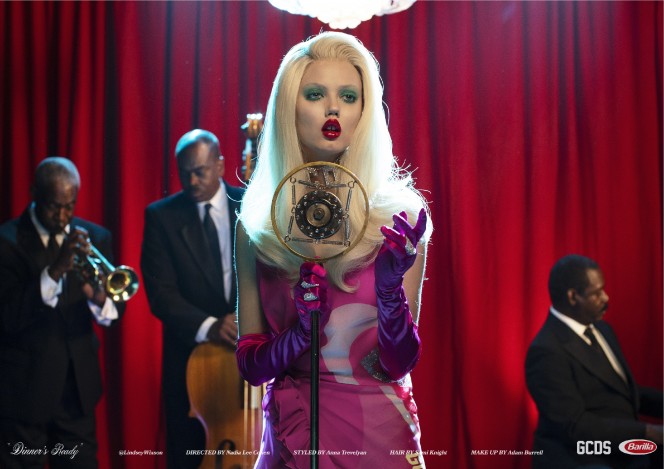