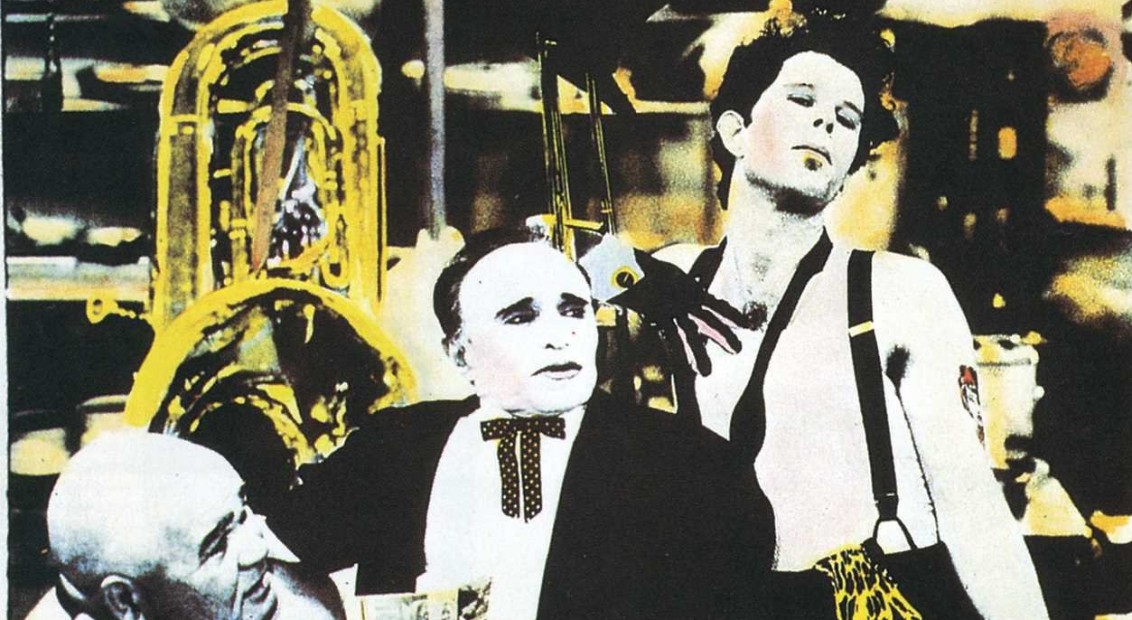 Six musicians on the genius of Tom Waits’ Swordfishtrombones

In celebration of the record and its widespread influence, London’s Barbican has invited multi-instrumentalist, composer and Waits-collaborator David Coulter to revisit the record alongside guest musicians including Matthew E White, Nadine Shah, Soap&Skin, Dorian Wood and Lisa O’Neill. As they gear up for next week’s performance (28th), here they reminisce on the first time they heard the gravelly tones of Mr Waits and how his music affected their own. 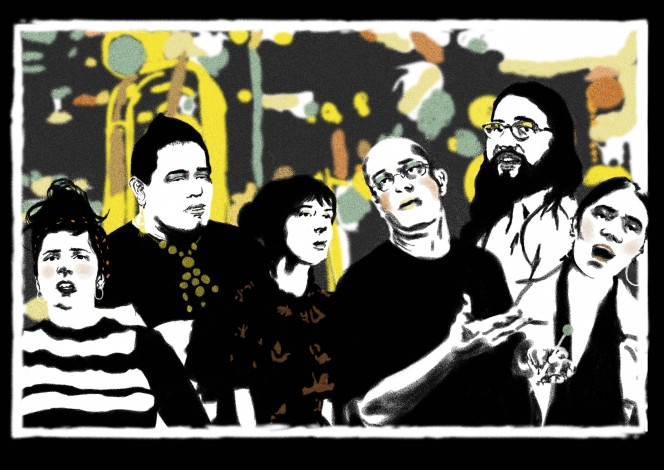 “Island Records released Tom Waits’ magnificent seventh album Swordfishtrombones in September 1983. For a 20-year-old emerging musician struggling to find a sonic world in which I felt comfortable and at home this record was like having the scales removed from my eyes and the doors of my musical perception swung wide open.

Heavily encouraged, aided and abetted by his life partner Kathleen Brennan the release of this record was a massive turning point away from the familiar universe of Waits’ previous jazz and blues flavored offerings. More Brecht, Weill and Beefheart than Broadway and Bourbon Street, the songs and instrumentals on this 40-minute masterpiece spun my head around and opened my ears to a new assortment of sounds and colors that I had previously imagined only existed at the fringes of the avant-garde. It was like discovering a new language.

For nearly 40 years, Swordfishtrombones has remained a personal touchstone and a continuing source of inspiration. To be able to reimagine these songs with my musical family and revisit them in new concert feels like I am rediscovering my past and it is truly one of the greatest musical privileges I have been given.”

What does the Swordfishtrombones album mean to you?
“A place to look.”

When did you first hear it and what impact did it have?
“Tom Waits is one of those singers you’re allowed to like in music school – so I’m sure I heard it for the first time then. I kinda pushed back on a lot of those artists so since it was something that was coming in hot I probably ducked.”

How will you adapt the music for your performance?
“Well, neither of us have been blessed with a voice in the traditional sense, so at least we are swinging with the same bat.”

What does the Swordfishtrombones album mean to you?
“It’s actually the favourite album of my producer, Ben Hillier. After much convincing it’s one of mine also. I love it. It’s one of those albums where someone you love plays it, you fall in love with it and you pass it onto someone else that you love. That’s a bloomin’ lot of love there, ey?!”

When did you first hear it and what impact did it have?
“Ben played me it ten years ago. We seem to always go to it as a reference point when starting a new album, especially the drumbeat of 16 shells. It’s had a pretty significant impact on my work.”

How will you adapt the music for your performance?
“I think you really want to just keep the music and performance as true to the original songs when covering an album like this. Not karaoke versions but just not so far removed from what they are to try and be clever. They’re brilliant pieces of music and don’t need farting about with, just leave them be.”

“Swordfishtrombones is more than just timeless, it found a way to fracture time.” – Dorian Wood

When did you first hear Swordfishtrombones and what impact did it have on you?
“I saw it before I heard it. I bought the record for its cover and I didn’t open it for several years. Perhaps I didn’t want to disturb it, it’s so beautiful to look at. Swordfishtrombones is having a curious effect on me at the moment as I am learning some of these songs. It’s a wonderful challenge, to say the least.”

“I love that a voice like that, which could easily be taken as super masculine turns into something so vulnerable.” – SOAP&SKIN

What does the Swordfishtrombones album mean to you ?
“I actually worked my way backwards to Swordfishtrombones from Mule Variations. There’s a consistency in the strength and style of Tom Waits that I truly admire, and it’s always been very easy for me to navigate through his catalog à la time traveling, only his music exists in a parallel timeline all its own. Swordfishtrombones is more than just timeless, it found a way to fracture time.”

When did you first hear the record and what impact did it have on you?
“I started my first band in my late twenties and I was struggling to fine-tune my own style. Mule Variations was circling my mind constantly, and my guitarist Dan Kozak told me that I needed to hear Swordfishtrombones if I was to embrace my new love for Tom Waits. So I did, and as is the case with a lot of music I become obsessed with, I heard it once and set it aside for months.

How do you plan on adapting the music for your performance?
“The great fortune of singing Tom Waits songs is that we share the same key, so part of the fun is gleefully tumbling around his arrangements as the deranged diva that I am.”

What does Swordfishtrombones mean to you ?
“In all honesty I’m only really diving into Tom Waits work with this project. It might seem strange to not have an absolute devotee doing this but I think it makes the interpretation much more interesting because it’s so fresh. I value getting into his music and him as a person a lot because it is just unique, especially on Swordfishtrombones, I love the instrumentation in all it’s wonkiness. I love that a voice like that, which could easily be taken as super masculine turns into something so vulnerable. Plus, I imagine the enfolding love story with his wife sung about in Johnstown, Illinois and I become hopeful.”

How will you adapt his music for your own performance?
“Well there is certainly no use in trying to imitate anything with him. I like where the trials are taking me so far because it is an odd vocal range for me and utterly different from how I go about my music. I like experimenting like that though because I always hope to find some sort of nuance in my voice that was unknown to me before. I was looking into a lot of live renditions of the songs since they vary so much and found a lot of things that unlocked the tracks for me and my way of interpretation.”