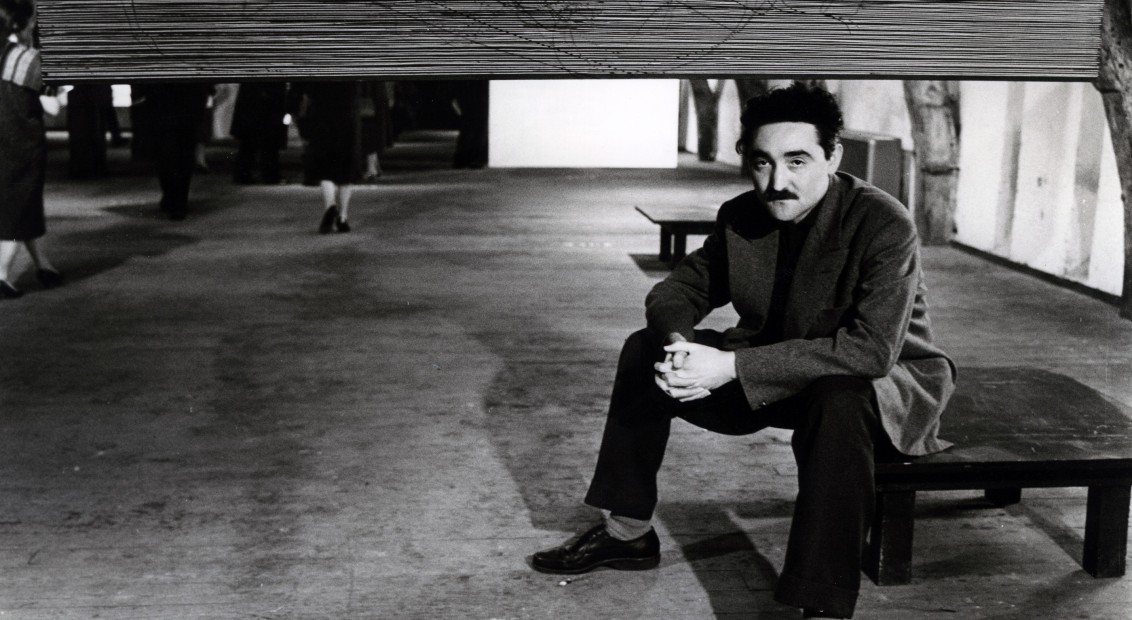 A new retrospective of Venezuelean-born artist Jesús Rafael Soto shines light on an extraordinary figure at the forefront of optical and kinetic art, whose beguiling works of sculpture and canvas make him one of the most significant artists of the 20th century. 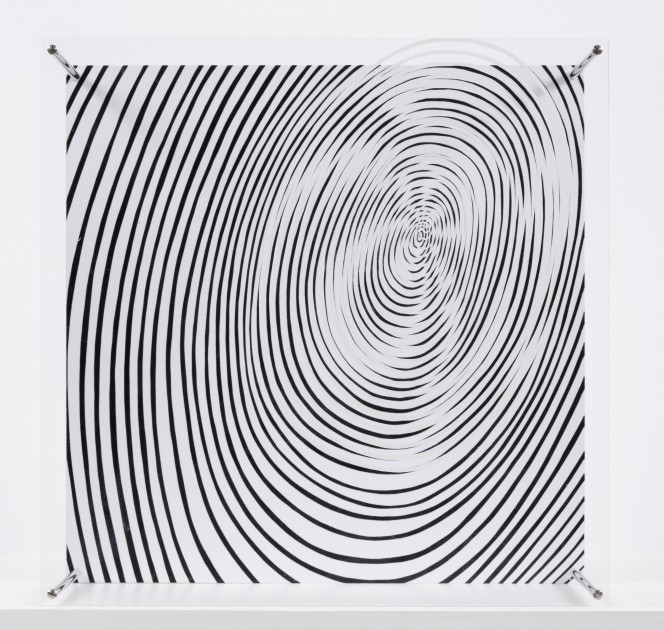 Visitors to the show at Bilbao’s Guggenheim will immediately be struck by the kinetic energy that radiates from each work, bound up within parallel lines that deceive the eye to appear as anything but. This visual incoherence – a quintessential  aspect of Soto’s practice that can’t possibly be done justice in still images – is a reflection of his time in Paris, where he moved during the 1950s. It was here that Soto first came into contact with the likes of Jean Tinguely, Iacov Agam and Victor Vasarely – a group that would come to be known as the Kinetic artists and whose influence led Soto to incorporate motion and three-dimensional pieces into his work.

A retrospective of Soto’s therefore demands involvement and participation from the viewer. As you move, the work moves too, the body becomes a means of activating them, and the seemingly rigid geometric principles that underly the construction of each disintegrate into a hypnotic display of mirage and illusion. Take his Structure cinétique (1955), for example. A wooden canvas painted with geometric lines overlain by a sheet of plexiglass painted with perpendicular diagonals. The idea is simple, as are the materials (Soto considered the perceptual value as far more important than the material value), but seen in person the effect is at once hypnotic and deceptive, enchanting and effervescent. 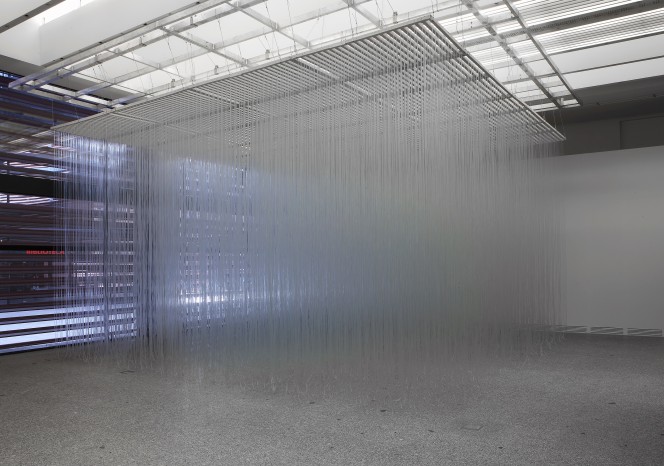 Among the sixty or so works on show, Soto’s magic is at its most potent when imbibed on a large scale. No better is this demonstrated than his mural works, the most impressive of which is Nouvelle Écriture (1963). At almost two meters in length, this black wooden pane is overlaid with countless vertical nylon threads (a staple material of Soto’s), on top of which irregular metal lines swim and distort, until neither are distinguishable from one another (the wires are “dematerialised” according to Soto) and the entire surface becomes one animated, pulsating vibration.

This premise is expanded upon throughout the exhibition but notably via smaller works such as Triptico negro y blanco (1973) and Virtual oliva (1979). Both see fine metal wires, suspended vertically in front of the canvas and protruding at irregular angles. Set against a backdrop of horizontally strung nylon threads these aerial-like structures wreak havoc on perception of depth and movement. This interplay of line, colour, shape and depth overwhelm the senses and the brain compensates for its inability to process this optical overload by providing a rough approximation of reality.

This is the fourth dimension, an intangible world within an indeterminable space that transcends bodily senses. Born from Cubism, science, philosophy and the work of Picasso and Duchmamp, Soto first explored the idea with Spiral (1955), a painting on plexiglass and wood that gave the illusion of an infinitely unravelling line, of time and space becoming one. Soto continuously plays with this through his major series: Virtual Volumes, Extensions, Vibrations, Progressions and Penetrables, all of which feature in the exhibition and reveal Soto’s preoccupation with the metaphysical. “I make people move and I make them feel the ‘body’ of space,” he once said. Humans were for him “Small and fragile points of reference in an immense universe in constant motion.” 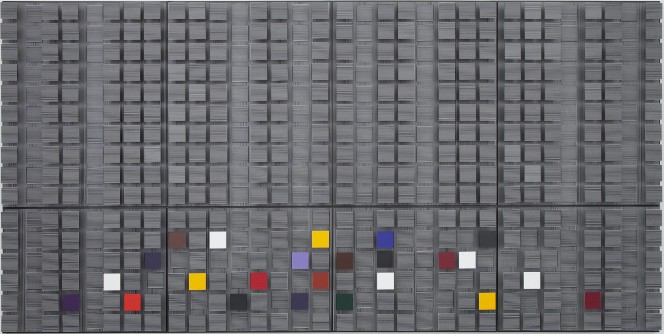 Nowhere is this more clearly embodied than with Soto’s Penetrables (arguably his most famous series of works), several of which form the centrepieces to this exhibition. Architectural, participatory and almost always made from cheap materials – plastic filaments (Pénétrable, 1982) or metal rods hung from the ceiling (Penetrabile sonoro, 1971) – these sculptures fuse space and object while blurring habitual space dimensions and entangling perspective systems. They invite viewers to inhabit the space, penetrate it, and immerse themselves in what American Cubist painter Max Weber described as, “An overwhelming sense of space-magnitude in all directions at one time.”

Finally the show explores Soto’s later tiled compositions, in which he contrasted squares of colour with tiered, optically activated surfaces as in the magnificent Sans titre (1996). Once again, Soto plays at the limits of human perception, and like the rest of the exhibition, these tiled canvases appear removed from the laws that govern our universe: weightless, illusory and unquantifiable.

Soto: The Fourth Dimension is on at Guggenheim Bilbao until February 9, 2020.