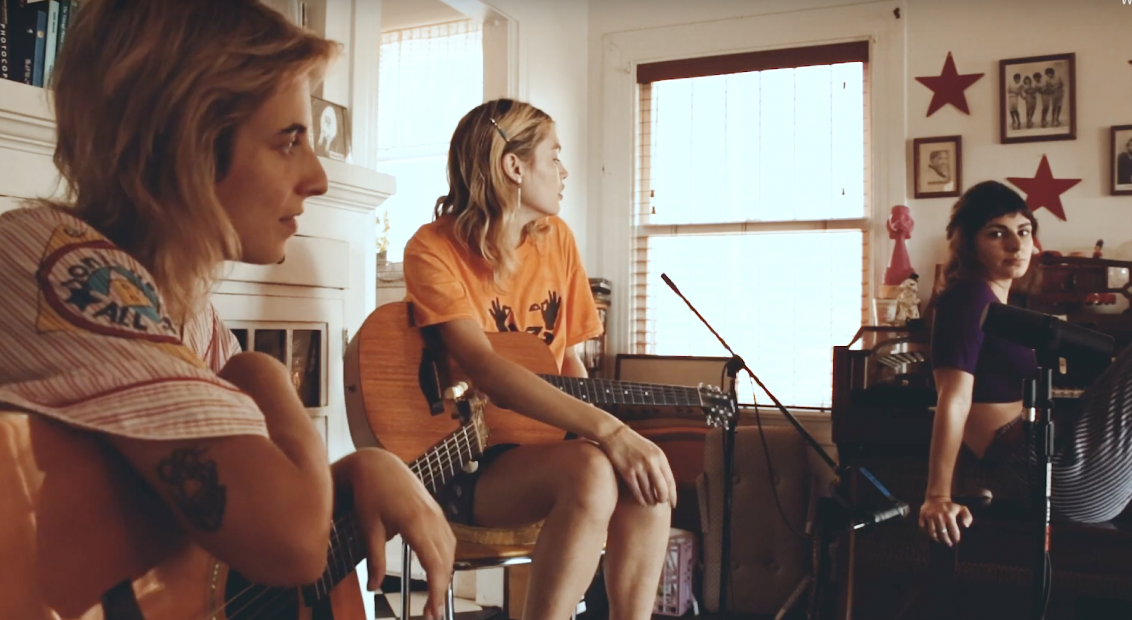 Known for bringing the energy on stage, we decided to dial things down a notch for a very special acoustic HERO Sessions performance by LA band The Paranoyds. Yet, while amps were lowered, the group’s attitude rings out truer than ever.

Since The Paranoyds’ beginnings when Staz Lindes (bass/vocals) and Laila Hashemi (keys/vocals) forged a friendship across Myspace in their early teens, the band have become a mainstay within LA’s new wave of musicians currently stamping their own imprint on the city’s iconic sonic history. And having released their debut record Carnage Bargain via Suicide Squeeze earlier this year, they’ve have done just that: the sound of a squealing two-note guitar siren opens the record’s title track as a warning of what’s to come, and alarm bells remain ringing throughout.

Currently fully-charged for an extensive US tour with fellow West Coasters Surfbort (book now or regret later), before The Paranoyds hit the road they invited us round to theirs for an intimate HERO Sessions performance.

Visit The Paranoyds’ Bandcamp and follow them on Instagram.
The Paranoyds start their US tour at San Francisco’s Cafe du Nord on 1st November. 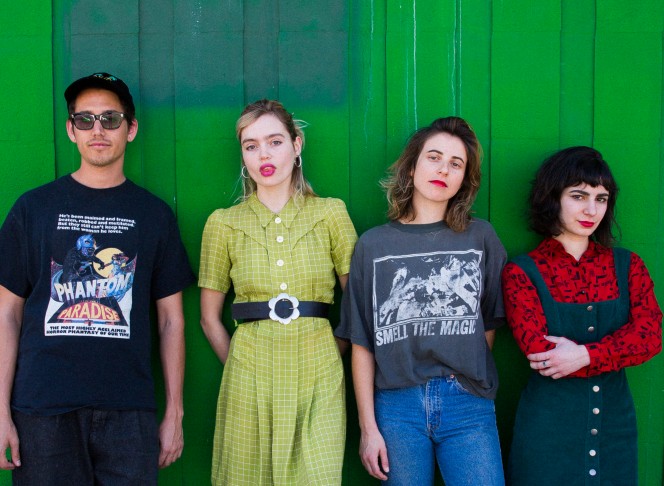