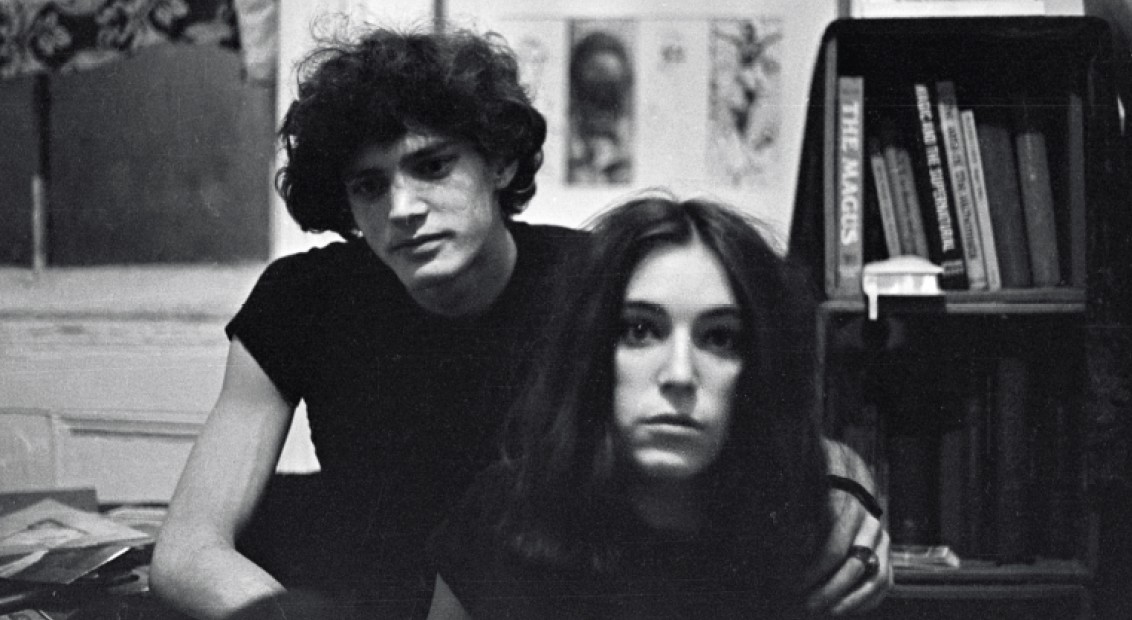 Llittle did Lloyd Ziff know that when he took half a roll of 35mm film to his friend’s apartment in the late 60s, he was actually capturing two of America’s most iconic figures. These “beautiful and intense” people living next door were Robert Mapplethorpe and Patti Smith; so enamoured with them, Ziff knew he had to ask them if he could take their portraits. Of course, they happily obliged.

Mapplethorpe was in fact also a student at the Pratt Institute where Ziff was studying, and they would later become friends and collaborators until Mapplethorpe’s passing in 1989. But that initial meeting was in 1967, a time of free love, experimentation and change, and one of anonymity before Robert and Patti’s careers blossomed; while they were just kids figuring it all out. The resulting images, cited by Smith as the first-ever portraits taken of them as a couple, offer a candid insight into the pair’s intimate relationship – as friends, lovers, artistic collaborators and soul mates. Collected within Ziff’s new book, Desire, the photographs feature alongside contact sheets, personal notes, and photos of skylines and streets that were bustling with potential in the years during and post the pair’s respective success. 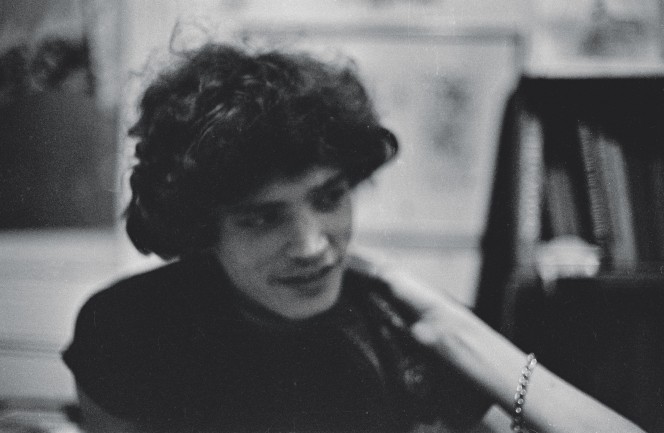 Clementine Zawadzki: I understand you got to know Robert while you were both studying at the Pratt Institute in Brooklyn?
Lloyd Ziff: Yes, I started in 64 and Robert and I were friends. We weren’t close friends, but we were friends. I graduated in 67 and Robert started living with Patti around then. It was around that time I started taking photographs. Robert and Patti were so beautiful and intense that they seemed like natural subject matter to me. We were all living close to each other in little cheap apartments, so I just asked them if I could come over one afternoon and take some portraits of them. I can see from my contact sheets that we didn’t spend that long together, because none of us had any money and I only shot half a roll of 35mm film. A year later, we’d graduated and I was living in Greenwich Village in a little basement apartment and Robert and Patti were living in the Chelsea Hotel. Robert called me up and asked me if I would take some naked pictures of them that he needed and wanted for a little film he was going to put together. Patti later said that he [Robert] wanted to make a little movie called The Garden of Unearthly Delights but he decided against it for whatever reason. The photographs weren’t at all sexual and we knew each other well enough not to feel inhibited or embarrassed. They came over and I set up a spotlight and I believe I gave Robert prints of the pictures and nothing ever really happened with them. As years went by and Robert and Patti became successful and then very successful and iconic, I didn’t feel I should really do anything with them.

“Robert and Patti were so beautiful and intense that they seemed like natural subject matter to me.”

CZ: Did you keep in touch with them both over the years?
LZ: I was a friend of Robert’s until he died in 1989. I was an art director for American magazines Vanity Fair, House & Garden and Condé Nast Traveller, and before that Rolling Stone, so I had my own career and I enjoyed giving Robert work, not that he needed the money, but it was such beautiful work. I had the pictures and I believe in 2009 or so, Patti phoned me and she said she was writing her autobiography and wanted to use a couple of the portraits from 68 in Brooklyn, and of course I said yes. When the book came out, she cited them as the first portraits ever taken of them together and then she surprised me by writing about the naked pictures and putting my name in her book – we weren’t close friends and by now she was a huge star and I wasn’t really traveling in those circles. 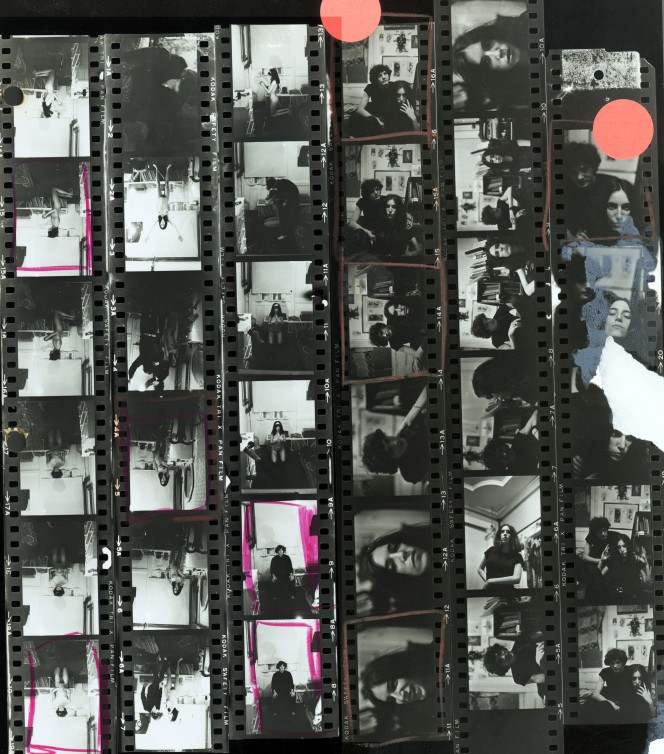 CZ: What were you hoping to capture on the day of that first shoot with Patti and Robert?
LZ: On the first shoot at their apartment in Brooklyn, what I really wanted to capture was two beautiful young people – a guy and a girl – who were intense, talented artists. I really just liked looking at them. I took exactly one course in photography in my last semester at Pratt, but I had a very influential photographer professor named Arthur Freed. He never became particularly famous, but he was a great mentor to me and he taught me something that was really influential for me my whole life, that it’s easy to take a mean picture of someone, but it’s much more difficult to take a loving picture. Patti and Robert were so beautiful, and not like conventional beauty – although Robert was very handsome – but just intense. That’s why we decided to call the book Desire, because they really had this ‘desire’ to get out in the world and make their mark. Robert wasn’t a photographer when we did these pictures and Patti wasn’t a singer, she didn’t have a band or anything, she thought of herself as a poet and maybe a visual artist also. I just took pictures of all my friends; everybody was going to art school, everybody wanted to make their mark in the world, and it just so happened that Robert and Patti were the most ambitious.

CZ: How do you think that period of time helped shape their talents because they’re now regarded as a reference point to that era?
LZ: It was the late 60s and we were living in Brooklyn and we were poor, all of us. We had just enough money to go to school or if you wanted to go to Manhattan the subway was like 15 or 25 cents and sometimes you didn’t even have that. In New York, it was obviously exciting in the art world; Andy Warhol was doing all this stuff you’d read about, hear about, and maybe you’d see him at an underground movie at midnight somewhere. People were taking drugs and I remember in 68 there was a place that opened in the East Village called The Electric Circus, which was basically a big dance hall with a psychedelic light show in an old Polish church. It was really fun to take acid and be crazy all night. Robert and I were friends because we were both outsiders. I don’t remember exactly… I don’t think we ever talked about being gay until the mid-70s when we became good friends. I don’t think either one of us knew we were gay, we just recognised something a little different than most people and we responded to that in each other, that’s why he trusted me to take naked pictures of him and Patti. When you’re twenty one or so, you’re trying to work out exactly who you are anyway. That was just amplified by the 60s and the feeling that everything was changing. 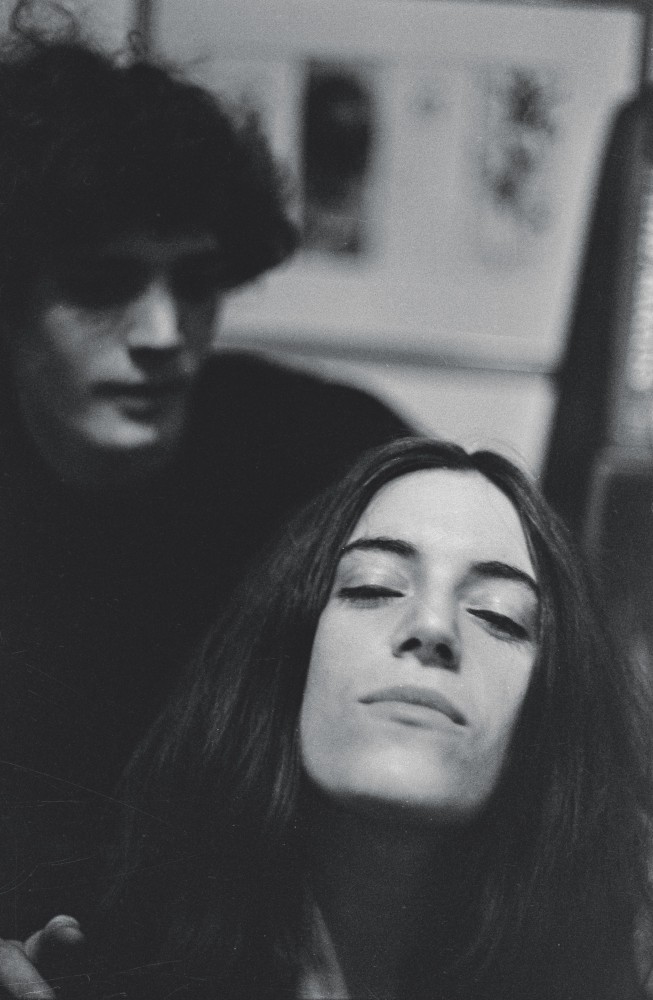 “Robert and I were friends because we were both outsiders.” 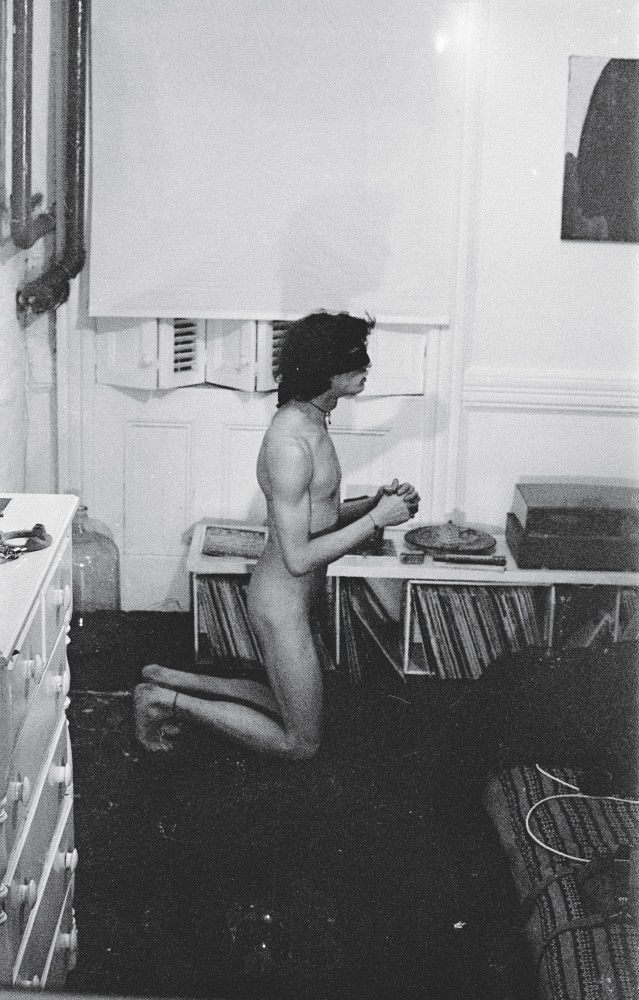 CZ: I love how unplanned moments like this can turn into such special one-of-a-kind moments…
LZ: Exactly and you know it sort of stayed special because Robert and I stayed friends. We enjoyed seeing each other and on occasion I took my black and white photographs over to his studio to show them to him as he became very successful and I’d get his advice. I was living in LA in the 70s and when Patti performed I took friends backstage to see her and say hello. We never hung out together, but then she got married and when to Detroit and her husband passed away and she came back to New York. I’d see her occassionally at openings or when she did readings, and we always said hello and were friendly, but these pictures weren’t just things that had happened, we stayed in contact with each other.

CZ: It sounds like it’s been a very natural process. The book is beautifully crafted also…
LZ: I haven’t quite held it in my hands yet as it was printed and bound in England. It’s very exciting and it also is a little bit magical because 50 years is a long time. I’ve always shot photographs, starting in 67 when I graduated school, so I’ve always had this thing on the side. I really enjoy seeing the world and capturing it on film; I’ve travelled a lot and took pictures of places I’ve visited. I’ve also published a book of photographs of New York, and Los Angeles where I grew up, and I’m working on a book called My Friends Children because I really enjoy photographing them also, hopefully Annie Leibovitz is going to write the introduction to that, she’s an old friend from Rolling Stone. So that’s my next big project, I have to edit around 40 years of photographs. Time goes by and if you keep a record like I do it’s always there.

CZ: The book doesn’t only contain these photos of Robert and Patti, but also of your surroundings and contact sheets and personal notes. What is Desire an ode to?
LZ: It’s an ode to time. I don’t even have to think about that, it’s an ode to time and to a particular moment when two of America’s most iconic artists of the late 20th century – and Patti into the 21st century also – were very young, very beautiful and very ambitious. I think it’s really amazing that I shot these pictures 50 years ago and now they get to be out in the world. It moves me and makes me very happy.

Desire by Lloyd Ziff is available to pre-order now from NJG Studio.