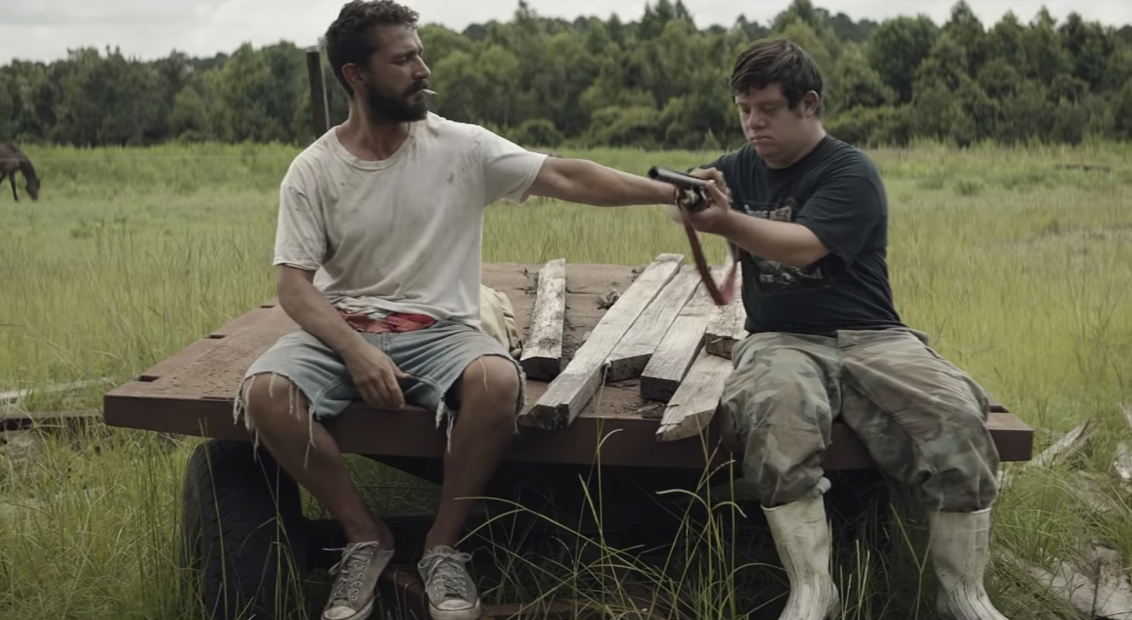 Finding your own path

Amateur wrestling, makeshift rafts and forging new families: we speak to the co-director of The Peanut Butter Falcon

Finding your own path

Having previously only worked on short films and commercials, it was a serendipitous encounter with Zack, an aspiring actor with Down’s syndrome, that led Schwartz and Nilson to pen their first feature film, The Peanut Butter Falcon, five years ago. What started as a passion project between friends, jotting down notes from conversations on the road to weave into a script, snowballed into an award-winning entrant to this year’s SXSW festival with an all-star cast.

A tale of camaraderie and makeshift family, The Peanut Butter Falcon follows the story of Zak (Zack Gottsagen), a young man with Down’s syndrome who escapes his suffocating life in a care home to pursue dream of becoming a professional wrestler. Along the way he befriends Tyler (Shia LaBeouf), an out-of-luck crabber on the run from rivals.

Rafting their way through swampy, reed-filled backwaters on a make-do boat, drinking whiskey and eating watermelon on deserted beaches, the film is also a paean to the picturesque vistas of North Carolina’s Outer Banks, imbued with the beauty and mysticism of Nigel Bluck’s cinematography. This third collaboration between writers and co-producers Michael Schwartz and Tyler Nilson is a sleeper-hit revision of the road trip genre imbued with a steadfast sense of adventure inspired by Mark Twain escapades.

Below, co-director Michael Schwartz talks to us about bringing the film to fruition and the importance of allowing actors space and time to forge real connections.

Sara Semic: Congratulations on the film, it’s such a beautiful story. How did the idea first come about?
Michael Schwartz: Thank you! Well, Tyler [Nilson] and I met Zack eight years ago at a camp in Venice Beach. We were just hanging out as friends, sometimes drinking margaritas, sometimes making short films and after a couple of years, Zack said to us, “I want to be a movie star.” We were like, “That’s really hard for anybody but especially for someone with Down’s syndrome. There aren’t a lot of roles written for people with disabilities”. But Zack’s the most optimistic guy and he just said, “Well, will you guys write and direct it and then I can star in it? We don’t need anybody else.” So he sort of believed in Tyler and I before we did.

SS: Something that struck me about the film was how natural the performances were and how unscripted it often felt. Was any of it improvised?
MS: The story was fully written, so it’s a testament to their acting. Probably 95 percent of it was scripted but there are little moments that were improvised. We’re not tight directors. We’re more like, here are the ideas and we leave the rest open. So the line, “Rule number one is party,” was Zack improvising.

SS: That’s a great line!
MS: Yeah, we were just like, holy shit, he’s right too! That’s just what it is. And the stuff like the face slapping on the raft is just the guys improvising, that wasn’t written either.

SS: Was there extensive research prior to writing the screenplay or was it more gut instinct?
MS: We actually went to the library and checked out a bunch of books about how to write movies [laughs]. We’d never written a feature before and the way of storytelling is very different when you come from 30-second commercials or ten-minute short films. Holding an audience for ten minutes is very different to 30 seconds, but then holding them for an hour and a half is really different, so we checked out ten books on screenwriting, read them all really fast and were like, “Ok, this book says this needs to happen on page fourteen and this needs to happen on page 30,” and fully plotted it out on the wall.

SS: So following a kind of formula.
MS: Yeah, but it works. And if the skeleton is formulaic but the details are unique, I think it has the advantage of what works in the formula with the power of uniqueness from the details.

SS: You shot it in Savannah, Georgia, and the setting plays a really important part in the film. What made you film there?
MS: We wanted to tell a raft story and it’s written for North Carolina, which is very similar looking to Savannah but Savannah just has better crews and is more set up for shooting. We wanted the landscape to play a big part in the film, a bit like a Western – so a bunch of wide shots and anamorphic lenses. Tyler and I are outdoors dudes, like I don’t even know how to light indoors [laughs]. So it really came out of the shit that we know how to do. We’re really great with boats, we know how to go out and find an island and shoot it at the right time because the tides are coming in and out.

“We wanted the landscape to play a big part in the film, a bit like a Western – so a bunch of wide shots and anamorphic lenses.”

SS: Were you inspired by any particular films or stories?
MS: I think everything we watched or read growing up influences us. There’s a lot of classic literature that influenced us like Mark Twain and the way that he addressed drama through humour. We didn’t want to make a sad movie. I think especially a lot of smaller art movies tend to be really sad and we wanted to be happy.

SS: I guess there’s a risk with this type of story that it could stray into maudlin, over-sentimental territory. Were you conscious of not falling into that trap?
MS: Yeah, especially as Zack is so sweet to begin with, we had to try and stay extra gritty and I think Shia was really helpful with that. Shia’s instinct is to be edgier and Zack is so fucking sweet and pure of heart that everybody just wants to hug him all the time, and so I think when you take both of those extremes and put them together, it feels right. 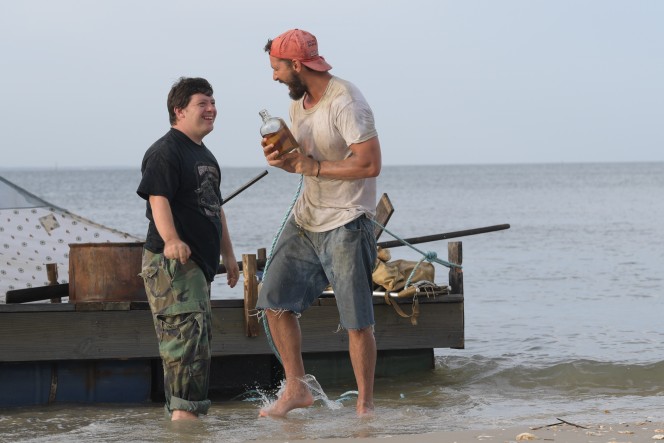 SS: Zack’s performance is so polished throughout, did you have to change your shooting style at all to show him at his best?
MS: Yes, but we had to change it for Shia too. I think it’s our job as directors to say, “What’s best for you? How can we allow you to do your job really well?” So Shia said to us, “Don’t make me hit marks, just let me live it”. You know like, you come in, you stand here, you say your line, you go over there. And he also said, “Don’t time me.” He’s been on movies where it was like, “Ok that was seventeen seconds, I need you to do thirteen seconds.”

SS: That sounds quite stressful.
MS: Yeah but if you’re doing Transformers, that’s how they have to run it, you know. So Shia really wants to feel it and then with Zack, it’s a lot about just managing the emotion, so it’s almost about directing the experience. Like if he got tired, we’d be like, “Zack, you seem kind of tired, do you want to ride a jet ski?” So we’d go ride a jet ski for half an hour and then come back and he’d be great! But if we’d just sort of slogged through it, I don’t think we’d have the right emotions.

SS: So giving the actors the space to fine-tune their performance.
MS: But also giving them time to connect with each other.

SS: There’s such palpable chemistry between Zack, Shia and Dakota. I read somewhere that Dakota and Zack did pedicures together off-set. Is that true?
MS: Yeah [laughs], they were such a crew. Still to this day there’s a big group text and we all hang out. We were all at the Honey Boy party last night and Zack just got an audition so had to send in a self-tape, and we all just stopped what we were doing and taped Zack for his audition, with Shia reading lines off-camera.

SS: It must feel really great to see the ripple effect the film is having across the industry in terms of diversity in casting.
MS: It’s cool to see the ripple effect in the industry but also outside of the industry. We’ve now been travelling with the film for three months and showing it to people, and there are people with Down’s syndrome who have graduated from college and can’t get a job, and they’ll come up to us after a screening and say, “I think I’m going to be able to get a job now. No one made space for me before but I think if enough people see the movie, they’ll be like ‘Oh, people with Down’s syndrome can contribute in a lot of different ways.’”

And then within the industry, it’s really important that the stuff makes money, so to have something that’s made money is really valuable. I think if we’d lost money, there was a danger that no one would ever make a film this big with a disabled person again.

SS: The theme of family and finding it in unlikely places speaks loudly in the film. Do you think that’s why it’s striking such a chord with audiences?
MS: I think a lot of people are lonely. I think we’re in this time where there’s people everywhere and people in politics fighting with one another and with social media… people aren’t really connecting one on one and I do think that there’s something that we wanted to talk about which is how it would probably be better if we all just loved each other a little bit more. It’s a super simple message and I don’t know if that’s why people are liking it. I think there is an element of that and an element of Zack. Really, I think Zack is this movie, and then supported by everyone else.

The Peanut Butter Falcon is out in cinemas Friday 18th October.