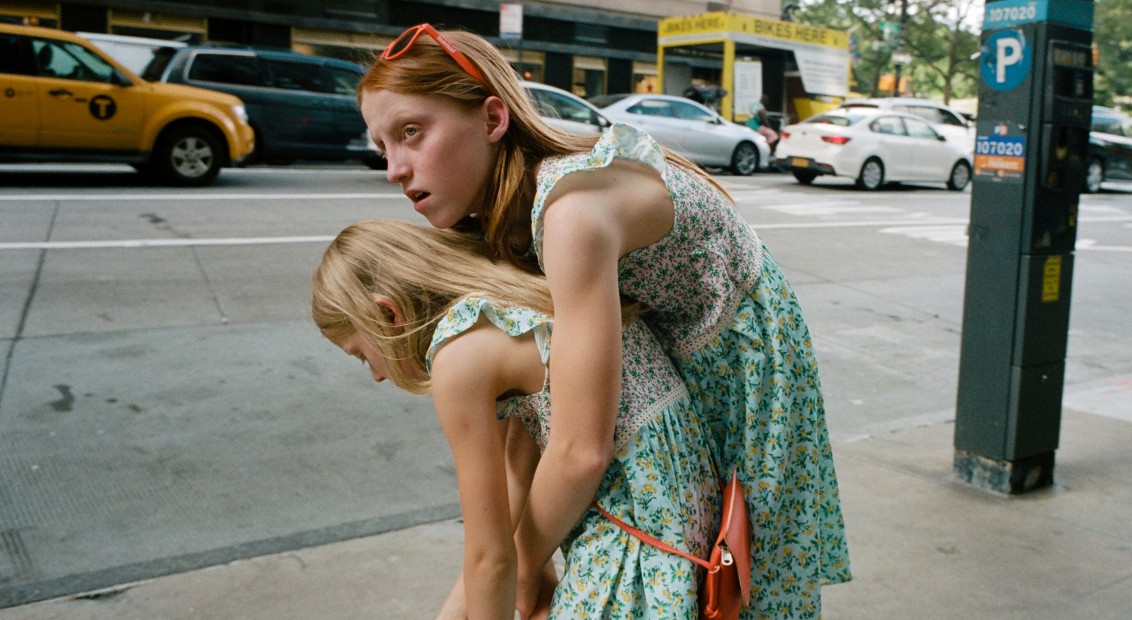 Chances are, you’re already well acquainted with the work of Daniel Arnold. His street photographs, taken in subways and sidewalks of New York City, are endlessly engaging, microcosmic narratives that echo the very best of the genre and have, perhaps somewhat predictably, drawn comparison to its venerated custodians of Parr, Meyerowitz et al.

Though flattering, Arnold deserves individual recognition for the way he has carved out his own formal vocabulary. Nowhere is this better illustrated than the MET Gala, an event which Arnold was first let loose on in 2015 with immediate and tantalising effect. Since then, his annual reportage has been as eagerly anticipated as Gaga’s choice of headwear. Those images invite endless poring over simply for the way they present the most recognisable faces as anything but. Suddenly, these titans of red-carpet celebrity are just human: unguarded, unfiltered and almost unrecognisable because of it.

1:21 is Arnold’s first solo show in New York, opening at Larrie Gallery on the Lower East Side and curated by friend and Vogue visual director, Emily Rosser. Shot last summer in New York, many of the photographs have never been seen before yet all embody Arnold’s aptitude for split-second oddities and honest observations. They are testament to the value of bold inquiry and sticking around to get a shot – never prying but often at the expense of social convention. Taken as a series, they not only underly Arnold’s fruitful relationship with the city he has called his own for seventeen years but like his MET photos, convey truth, humour and universal human experience. 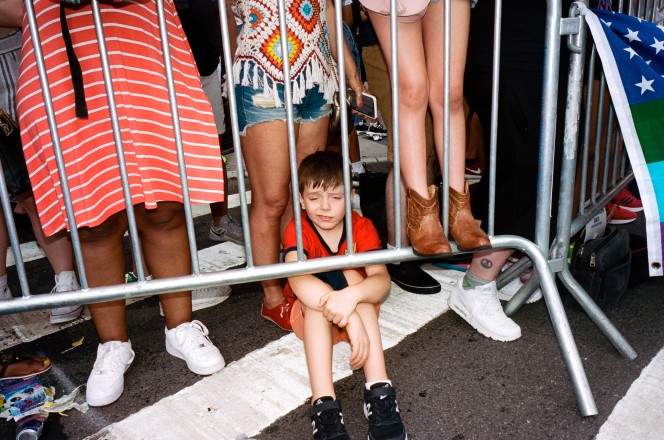 Finn Blythe: Congratulations on your first solo show. Why does now feel like the right time for it?
Daniel Arnold: Well, a couple things… First of all, though it’s billed as my first solo show, it’s actually just my first solo show in New York. But that feels significant enough that I haven’t corrected the press release. In the past I’ve visited other cities a week before an opening, walked 100 miles and did a marathon edit and print session to get it on the wall in time. This time is a bit more relaxed but kind of the same idea.

All of the work was shot over this summer. Less of a performance than previous outings, but still more of a confession than an artistic statement, or certainly a retrospective. And to finally answer your question, now doesn’t feel like the right time for it, and that’s why I decided to do it. I’ve put it off so long that the idea of finally having a show in NYC has become this precious over-calculation. It gets me looking at other shows, comparing myself to the people around me, brainstorming gimmicks. And the end of every one of those roads is a fat FUCK THIS.

Coming at this creative space from a kind of untraditional angle, I’m constantly hitting this trick pitfall where I insecurely try to retroactively cram my curveball life into mainstream packaging, i.e. make a clean book, score a big fancy gallery, get an agent with a leather jacket, blah blah blah. Initially I resisted a small room, dreading the crowd, but after some thought, Larrie felt perfectly close to the ground, communal, vulnerable and much more in line with my style of working and my show. In short, wrong place, wrong time, perfect match. I’m excited to be vulnerable among friends.

“Now doesn’t feel like the right time for it, and that’s why I decided to do it. I’ve put it off so long that the idea of finally having a show in NYC has become this precious over-calculation.”

FB: How much of a part is New York City in allowing you to take the photographs you do?
DA: New York City has played a huge role in learning to take the photographs I take. It’s a giant, perfect, unbeatable school. Density, proximity, energy, oddity. Everything you could ever want is in arm’s reach and constantly refreshing itself. But the photos have more to do with my mood than the city’s, and they can happen anywhere.

FB: Tell me about your background in journalism. What did it teach you and how has that time influenced your style?
DA: I worked for ten years as a writer before anybody cared about my pictures. Writing and photographing use very similar muscles, but I find writing much more torturous. That writer job of distillation, dissection and recombination definitely made me a better photographer. But I have since discovered that as much as being a writer made me a better photographer, being a photographer has done much more to make me a better writer. I have such a better sense now of how little is necessary, and when I’m just showing off. 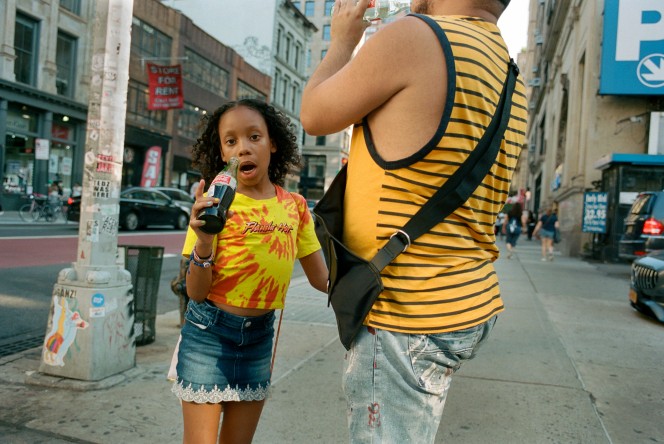 FB: How does your mood inform your eye and the type of photographs you want to take?
DA: How does the soundtrack affect a movie? It’s everything. So much so that at times I’ll manipulate my mood to help me work. But usually it’s the other way around. I wake up and notice that my brain is weird, and my first thought is, you’ve got to take this thing outside and see what it does. Same way I’d react if a parade of farm animals went down my street.

FB: Your MET gala shots are brilliant – they make the event seem interesting even to those who have no interest in it. Are there any surreal anecdotes from those nights that have stuck with you?
DA: So many stories, I don’t even know what to tell you… The whole night happens out of body. Hard to beat eavesdropping on Larry David as he talks shit about the hour of his life that he’ll never get back.

FB: Can you briefly tell me about some other NY-based photographers who perhaps aren’t that well known but whose work you admire?
DA: Matt Weber is a soldier. Shot the city in the 80s from his cab window. Still goes out most days, combing the street. Not in pursuit of glory or anything like it. Just for the love of the ritual, and the city. A pure guy.