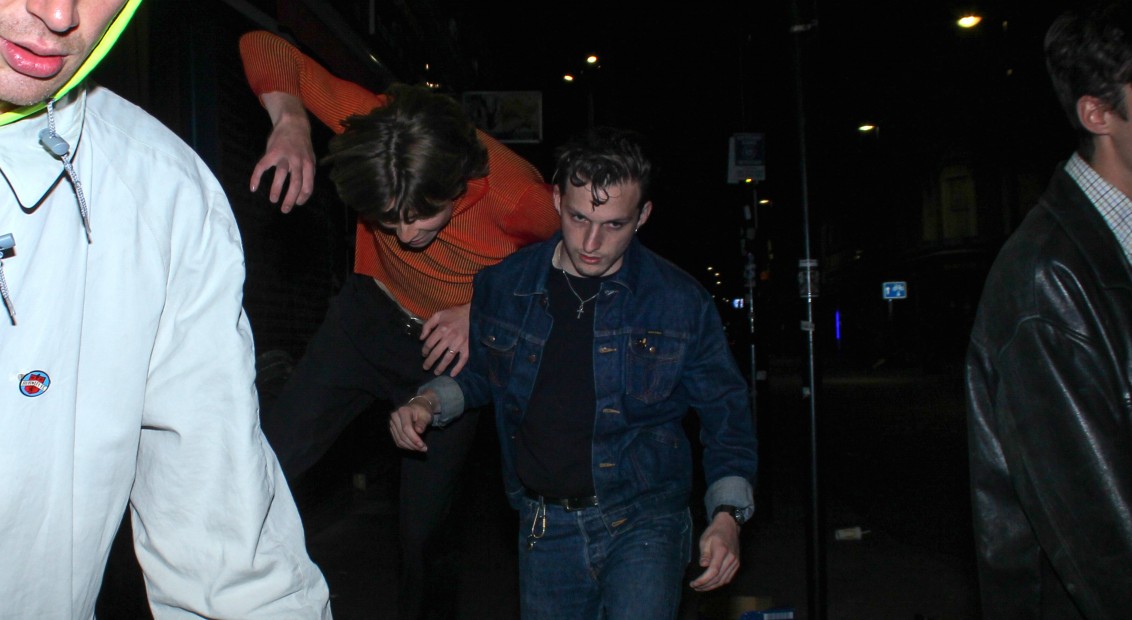 Jabbing at society’s wounds: London four-piece Legss take us through their debut EP

Raised on razor-sharp literature and cultural commentators, London four-piece Legss do things a little differently. Pushing beyond guitar-based traditions, they create tracks that transport the listener into feverish worlds filled with cinematic cuts from day-to-day life, choppy rhythms and droll spoken word that drives right into the heart of societal absurdity. Here, frontman Ned Green is your guide and he’s not holding back. Across the band’s swaggering, sardonic lyrics – that threaten to burst through song structure – and Green’s acerbic monologues that punctuate their sets, the band paint a freewheeling canvas of city living more reminiscent of Lowry than Lennon.

Having released their debut EP, Writhing Comedy, today, Legss talk us through the stories and characters behind each track…

“First day on the job

I close down the document, having failed the word count,

And sink into my chair.”

“The title track and lead single depicts a scene from a badly organised city centre protest. The way the chorus reels off hyperbolic banalities is typical of any sun-stroked, estranged protester, whilst the verse’s responses are those of an inexperienced security guard/bizzie. The song’s structure originated from the call and response guitar parts, and then our decision to turn it into a heavier track was a collective response to our increased interest in metal/metalcore bands like Vein and Tool. The track was put together pretty quickly and very shortly before we went into the studio, so we feel as though it’s probably the best indicator of our sound at the moment; it has a bit of everything in there.”

“Like how Writhing Comedy was an exercise in writing something that sounded like Legss but a bit heavier, Graduate Scheme was an experiment in tying together the spoken word aspects of our set, and our interests in the music coming out of labels like Planet Mu and PAN. In its simplest form, Graduate Scheme ridicules some of the clichés of post-university work placements in the arts, and specifically in the capital. What’s really horrific, though, is that most of the story’s themes are based on real experiences we’ve had. Sandy’s just an amalgamation of two or three real people. For the production of the track I got my brother, Escha (Circadian Rhythms, NTS), involved to help us out with the composition and sampling, and then we worked together to make it fit in with the rest of the release. We also thought that it was really important to incorporate a monologue of some sort into the EP because it’s been a consistent feature of our live sets since we started.”

“In Vallotton’s La Charge, armed guards ignite social unrest with truncheons and swords in a crowded Parisian square. In Peckham’s up-and-coming gastro-pubs, similar scenes irregularly occur when twenty-somethings and forty-somethings fight it out (under hushed breaths and canopied astroturf) to decide, once and for all, who is the most unsure about what they are meant to be angry about. No one can escape the harrowing pull of South London at the moment, and to what effect that is having on its populous is touched on in the song. We ripped off every Stephen Morris drum beat ever in this one and it still fucking slaps!”