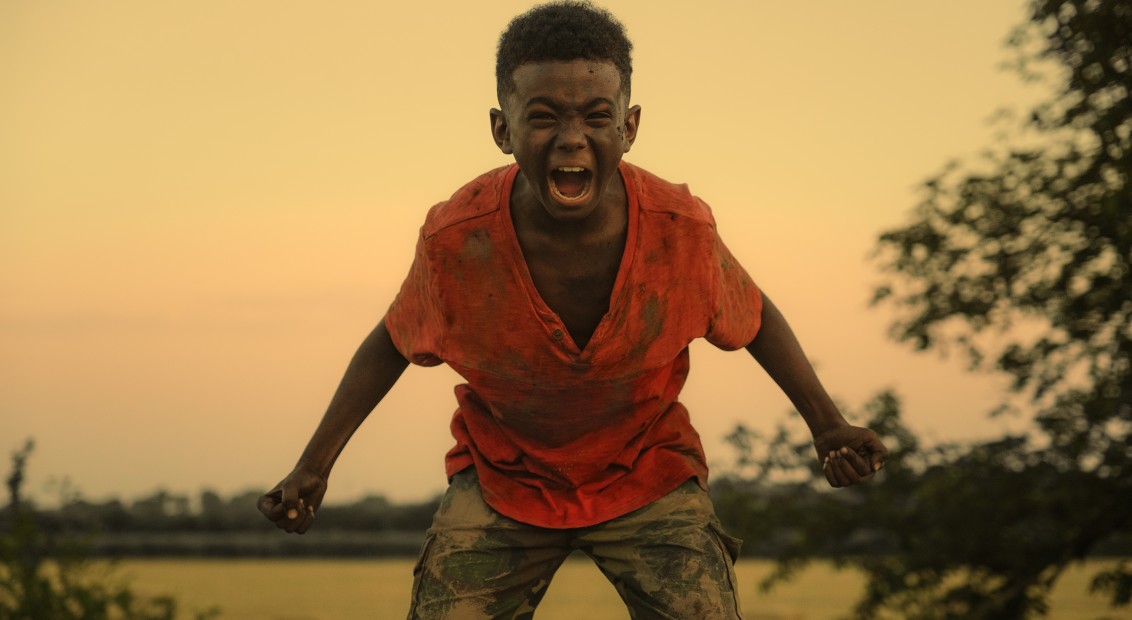 British director Shola Amoo’s latest feature, The Last Tree, follows the story of Femi (played by Tai Golding and Sam Adewunmi), a British teenager of Nigerian descent, as he struggles to reconcile his dual heritage with a conflicted sense of identity. Raised by a white foster mother (Denise Black) in the rural idyll of Lincolnshire, this semi-autobiographical film sees Femi thrust into the high-rises of South London when his biological mother (Gbemisola Ikumelo) returns to claim him.

Struggling to make sense of his African heritage and the alien traditions of his mother, Femi is consumed by fear and confusion as he attempts to make sense of a seemingly incongruous identity. Try as he might, Femi’s inability to conform to a preconceived idea of who he should be represents a deeply moving evocation of the Black British experience, expertly told through Amoo’s assured screenplay. By the time Femi’s journey culminates with a visit to Lagos, unleashing a redemptive scream across the Atlantic, the turmoil of his inner conflict, and the millions just like him, is laid bare. Below, Shola Amoo and Sam Adewunmi discuss the universal appeal of the narrative and how personal experience guided both of their contributions. 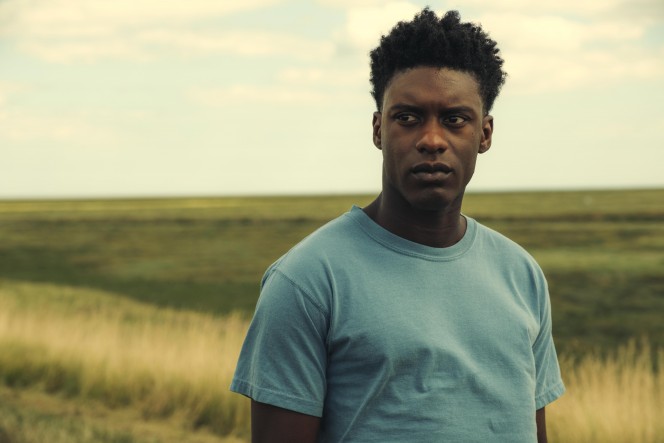 Hannah Holway: The film is semi-autobiographical. Can you tell me more about the inspirations from your own life that influenced the film?
Shola Amoo: I think the key thing is being fostered, and moving from one space that’s more rural to an urban environment. Those were the key foundations of the story. I also met other Nigerians who were fostered, listened to their narrative, and used my story with theirs to kind of create a new reality. That’s when I felt like I could tackle the themes.

HH: How did shooting in Nigeria compare with England?
SA: I started off in documentary, and so much of location is character. I get a lot of energy from the different spaces, especially in a film like this where you have three key spaces, and they’re all informing the character in a different way. There was nothing trickier about shooting in Nigeria than in Lincolnshire and South London, though. The toughest part was actually dealing with planes in South London, especially because we were shooting all of these long development shots. We ended up getting an app that could chart the flight patterns. Shooting in Nigeria was actually quite relaxed, but we had to deal with extreme weather patterns, sometimes you’d get a bit of a monsoon.

“I think that’s an important message for all of us, with our identities, it’s not being afraid to go into the past, and understand our histories and how we’ve gotten to the place where we are as individuals.”

HH: Femi’s mum Yinka is such an interesting character – you feel her pain, but chastise her for her abusive behaviour towards Femi. What was your process of writing the character?
SA: It’s such a complex role and a thin line to get right. With so many of film’s characters, you’re working with subverted stereotypes and playing with that is like a tightrope. Essentially Yinka shows a different version of the immigrant tale than how it’s been depicted in the news, which is quite anti-immigrant: they’re coming here, they’re lazy, taking jobs. Whereas here, it’s a woman who’s striving hard to give the best for her child by any means necessary, working multiple jobs, and also navigating a culture she doesn’t understand, and then [she] has to educate her son. There’s a lot of layers to that, and there’s a lot of space for misunderstanding. But ultimately what we wanted to show, and what happens in the narrative is that both Femi and his mum get to a level of understanding.

HH: If there’s one thing you want audiences to get from this film, what would it be?
SA: In terms of this search for identity, I feel like [Femi] makes a breakthrough… here’s a character that’s missing pieces, and it’s through the arc of the story and, by the end, through the understanding of his history, his culture, his heritage, his mother’s journey, that he’s able to put together some pieces and have a foundation for the first time. You get a sense that, yeah life will throw challenges, but for the first time he’s equipped to deal with them. I think that’s an important message for all of us, with our identities, it’s not being afraid to go into the past, and understand our histories and how we’ve gotten to the place where we are as individuals.

Hannah Holway: What were your first impressions of the script?
Sam Adewunmi: When I first read the script I was like, “I know this guy, I’ve met him, I see parts of myself in him.” He represents a lot of people I know and our shared experiences as a black diaspora. I was able to draw from those and pull the truth, but essentially it was all really on the page.

HH: Did you speak to people that had been fostered?
SA: I read up on articles from people who had been fostered, specifically Nigerians who had then gone back to live with their birth parents. There was an element of research in that sense, but I feel the story is something that anyone can relate to, in terms of someone discovering their identity not only through culture but also their different environments and experiences. So for me it was about tuning into that point in my life where I was looking for belonging and trying to figure out who I was in the world. I think that’s something we can all relate to at one point or another in our lives.

“When I first read the script I was like, ‘I know this guy, I’ve met him, I see parts of myself in him.'”

HH: The film deals heavily with displacement and as you said, the diaspora – do you feel like it’s a particularly pertinent time for this story to be told?
SA: For these stories to be told and to be getting the mainstream distribution they deserve can only be a good thing. The lack of information and people unknowingly being ignorant of the stories about other people and other cultures, that really creates a sense of dissonance and disconnect. I think it’s what allows people to buy into a kind of xenophobic, old school rhetoric that’s really just born out of ignorance and fear. I think now is definitely an important time, considering what’s going on with our nation, it gives us all a sense of oneness, instead of the divisiveness that’s so present in politics right now.

HH: Was there anything from your own experience you channelled into preparing for the role?
SA: I was born and raised in a council estate in Camden by a single mother so I completely understood Yinka’s plight, having to work two or three jobs to provide for her family. Also, in terms of being a young black man in London, and knowing what’s out there and what’s available to you, and then obviously what’s shown on TV… there are so many stereotypes it’s like, “Is that what I’m also supposed to buy into and be like?” There’s this wonderful moment in the film where Femi’s listening to The Cure, but then he [tells his friend], “Oh yeah I’m listening to Tupac.” We’ve all been there! Where we’re listening to something that we don’t feel like our friends will approve of, so we just say the thing that we’re expected to be listening to. It’s all in the authenticity of the script. I don’t think you have to be black, or from London, or even British to be able to connect with the universal themes of the story. Essentially, it’s about someone trying to find themselves.

The Last Tree is in cinemas from September 27th.