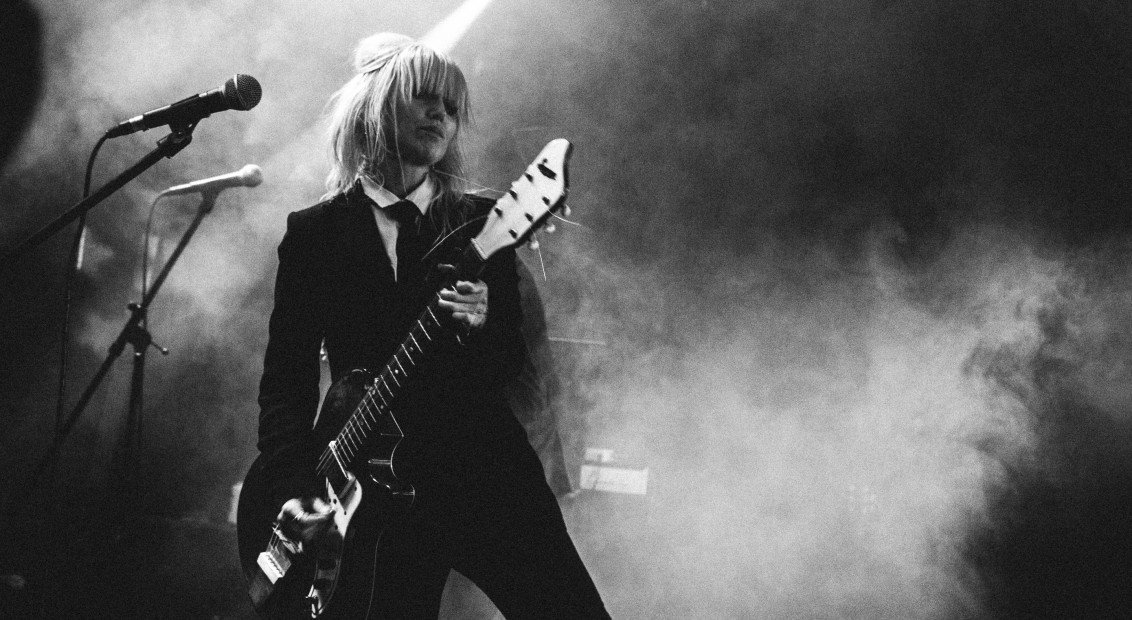 “I needed a new headspace creatively, and Mexico City felt like maybe how Berlin felt in the late 70’s,” explains LA musician Kate Clover of her decision to head south for a recording session at Vesubio Studios with members of Davila 666 and Crocodiles. Two weeks later and Clover returned to LA with a debut record under her arm, before packing up her car and heading out on tour with Tiger Army and SadGirl this month.

Taking this new material on the road, photographer Larry Niehues joined up with Clover at San Francisco’s Regency Ballroom to take some shots of the band pre-gig and during. Flick through the resulting imagery below. 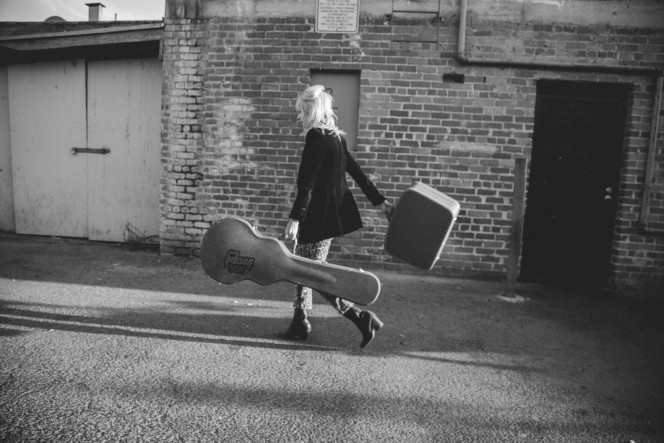 “Kate has such a powerful charisma on and off the stage that it makes my job easy to shoot her,” says Niehues of photographing Kate on tour. “Her performance is timeless! She has been inspired by the best and always makes her show personal. I always like being on the road with bands and getting to see the behind the scenes. Every time you go to a gig in different a different city you have no expectations. It’s always a surprise. It’s always nice to introduce yourself to different crowd.”

Known for putting on shows that stick, Clover cites seeing LA punk band X perform at LA’s House of Blues as a moment that changed things for her, “My friend and I arrived early and got right up-front but the second they hit the first note we got separated by the crowd. The audience was mental, we never found each other and had to go home separately. I went home in a cab smiling covered in sweat and beer. It was my favourite show of all time.”

Hitting the road for the first time since finishing her debut record, Clover’s lead single, Channel Zero, is the first taster of this recently-finished, debut body of work. A spikey call to action against media propaganda and political agendas, the track comes accompanied by a video that sees Crocodiles frontman Brandon Welchez coerced into a Project MKUltra-style mind control programme. “We were just really curious what an episode of the Twilight Zone would look like if the television could seep into a drug-induced technicolor world,” explains director Ryan Roswell. 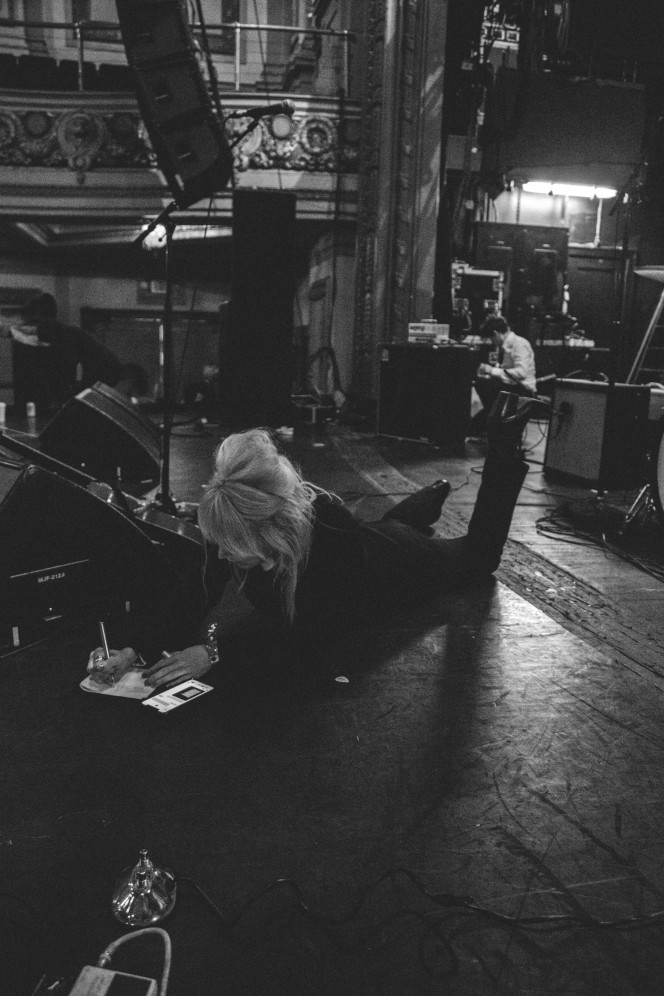