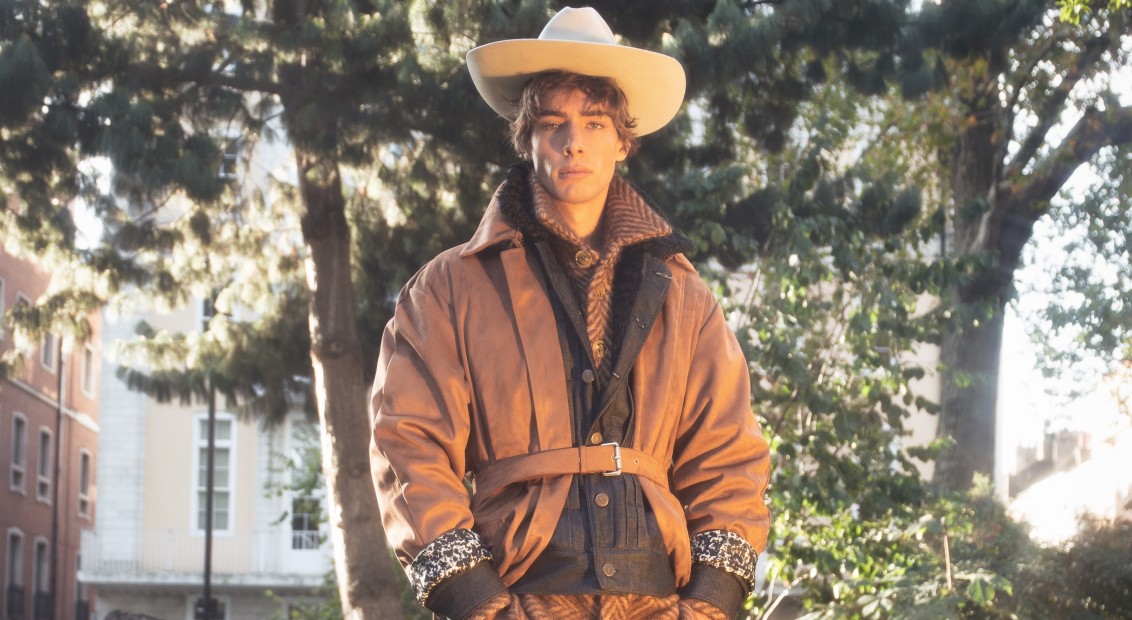 Peoples of All Nations: the storytelling brand finding romance in the wild west

Named after J. A. Hammerton’s extensive 1922 anthropological encyclopaedia, London-based label, Peoples of All Nations, has an equally inquisitive approach: to explore characters and cultures while also acting as a suggestion for a certain way of life. “This book made me realise that we can achieve harmony through diversity.” says Georg Weissacher, founder of POAN, “we can only deal with the challenges of a modern, connected world successfully when we cherish and nourish our respective differences.”

With this ethos in mind, the Salzburg-born designer, and former vice head of menswear at Vivienne Westwood, develops holistic narratives that are woven through each collection, often inspired by cinema and accompanied by short films – “the best medium of storytelling we have created.”

Having previously adapted Friedrich Durrenmatt’s sinister short story Der Hund, as well as his own take on Sound of Music for this year’s cruise offering, Weissacher’s most recent drop saw the designer tune into the western genre, presenting a wild west-inspired collection alongside a short film titled, The End – exclusively premiered here.

“When writing the script for The End, I wanted to tell a love story and was curious to see what would happen to it in a largely lawless society… also in a wild west scenario, when love existed between same-sex couples and people would crossdress,” Weissacher tells us. Heavily referencing John Ford classics, Sergio Leone gems and Quentin Tarantino spins, the designer’s vision transformed London’s Soho streets into the wild west, where love is born out of lawlessness and “sexual orientations flip like saloon doors.”

In velvet bustiers, silk neckerchiefs, double denim, stetsons and more than a few pairs of chaps, like Clint Eastwood’s Man With No Name these characters walked into town lucky to walk out alive. “The romanticised and often violent genre of the spaghetti western is particularly fun if you work with clothes,” Weissacher says of the pull towards the genre. “You can mix Victorian silhouettes with denim workwear and [there’s] very interesting belting and layering. I am also particularly fond of the hand-knitted jumpers that have a bandana painted on.” We advice going full Eastwood with poncho and cigarillo additions. 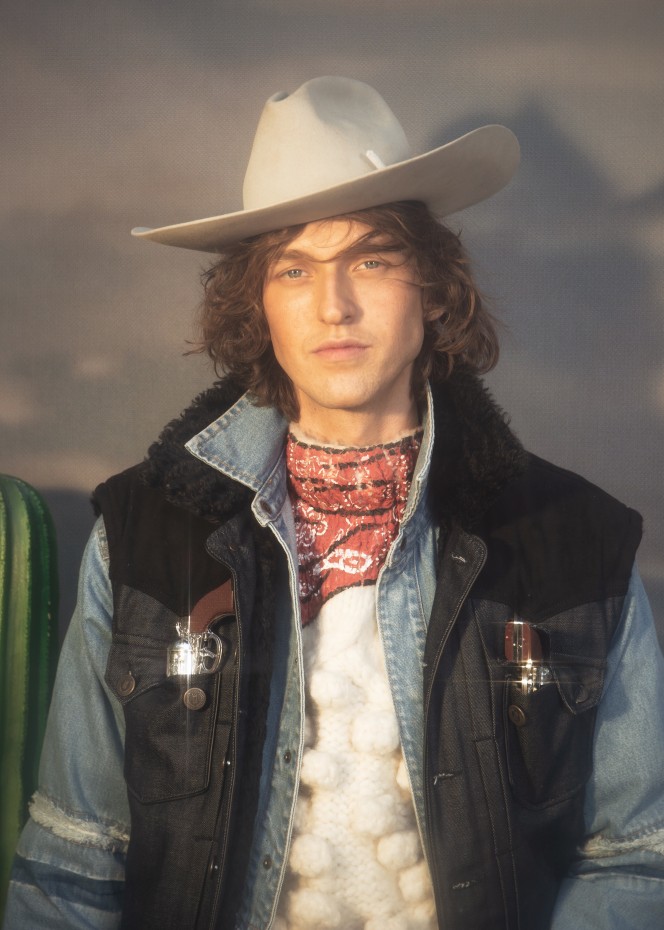 Tagged with: Peoples of all Nations Show me more: Fashion