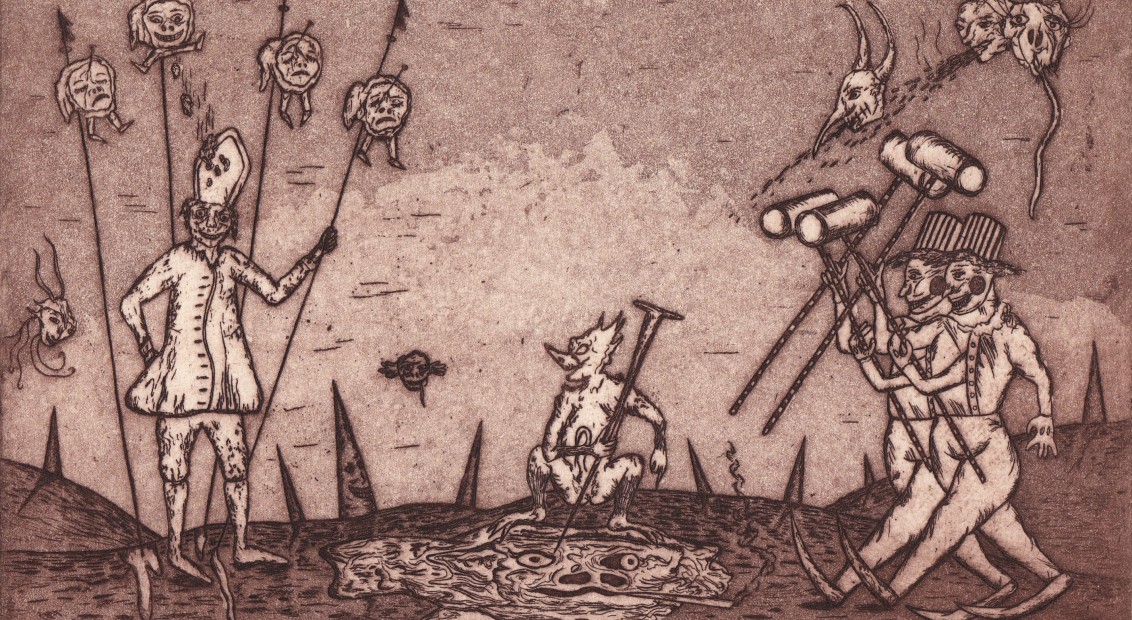 Since graduating from London’s Saint Martins in 2016, John Alexander Skelton has established his eponymous brand as among the most exciting and unique in London: imbuing hand-made, traditionally crafted garments with myths and folkloric legend.

Few young designers can claim a signature as distinctive as Skelton’s, whose collections shun the highly polished, Insta-friendly paradigm in favour of authenticity and truth. His lookbooks too, are a far cry from the immaculately curated assembly of up-and-coming models and hot young photographers we’ve grown accustomed to seeing. Instead, you’re more likely to see a silver-haired gentleman sporting Skelton’s Dickensian garb in some nondescript location, shot by his younger brother, Ryan Neil Skelton.

Take his FW19 collection for example, staged earlier this year in a cramped Fleet Street pub. The show paid homage to the lawless days of Sweeney Todd, reviving the debtors’ sanctuary of Whitefriars, known colloquially as Alsatia. A departure from the 19th-century British folk theatre and medieval pagan rituals he’s explored in previous collections, the collection carried a visible history with transportive effect.

Skelton’s meticulous incorporation of historical craft and traditional production resonates with the work of printmaker Oliver McConnie, an artist Skelton often collaborates with, who explores the contemporary subversive potential of printmaking. Chosen by Skelton as part of HERO’s Endorsed series, in these highly symbolic and at times grotesque etchings, McConnie’s parodic prophecies explore subjects including environmental destruction and class hierarchies. 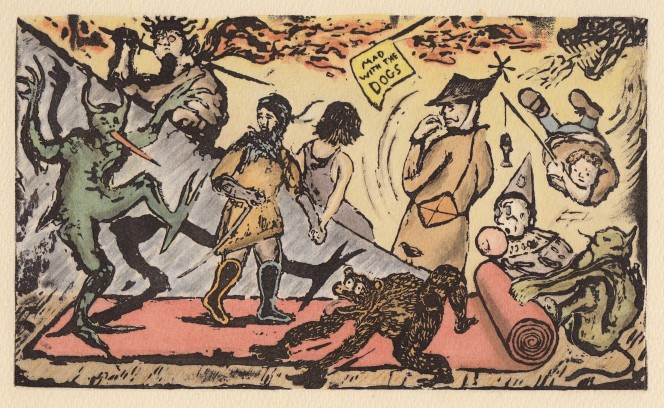 John Alexander Skelton on why he selected Oliver McConnie:

“Oliver as an artist and a person I find a rarity.

His use of the archaic, political, absurd and darkly humoured, visibly strong narratives felt immediately akin to the work I had been producing – the use of very particular and rarely seen colours mirroring that of my own interests. It feels to me a far cry from the tropes of the modern art world and almost a blatant rejection in which I rejoice for the most part. The world in which the work inhabits has the uncanny ability to send the viewer beyond the individual image that is in front of them causing the imagination, especially mine, to run rampant.

Collaborating with Oliver draws out how painstakingly particular he is about an image and the flow of the work within a specific context, which is always reflective of his identity. This combined with the pursuit of craft in the form of very specific methods of print making, equates to work I feel is of very little comparison.” 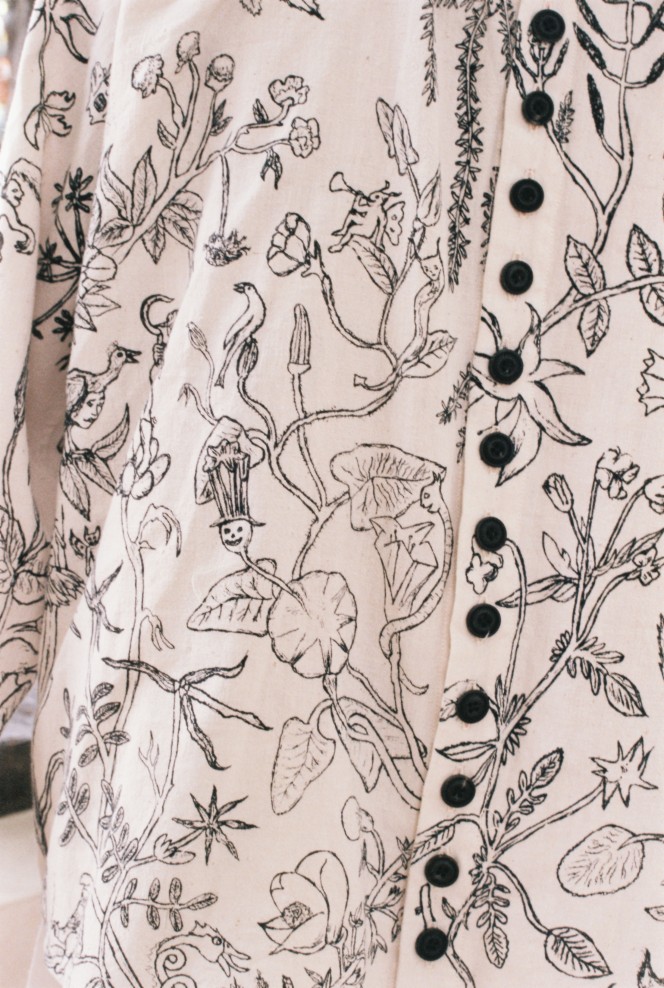