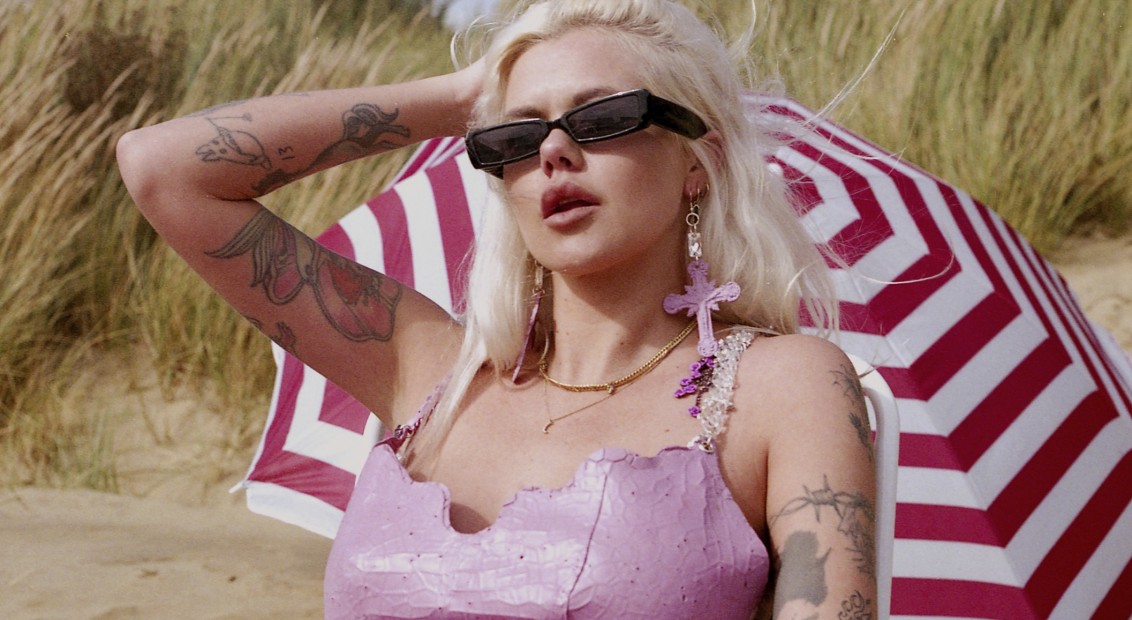 In true blue style, last week saw Aus-born, London-based designer Bianca Batson reveal her SS20 collection – with a barbie set-up and a slab of cold ones on hand.

Breaking down her SS20 offering, Bianca talks us through the Aussie inspirations and unique design techniques behind the collection. 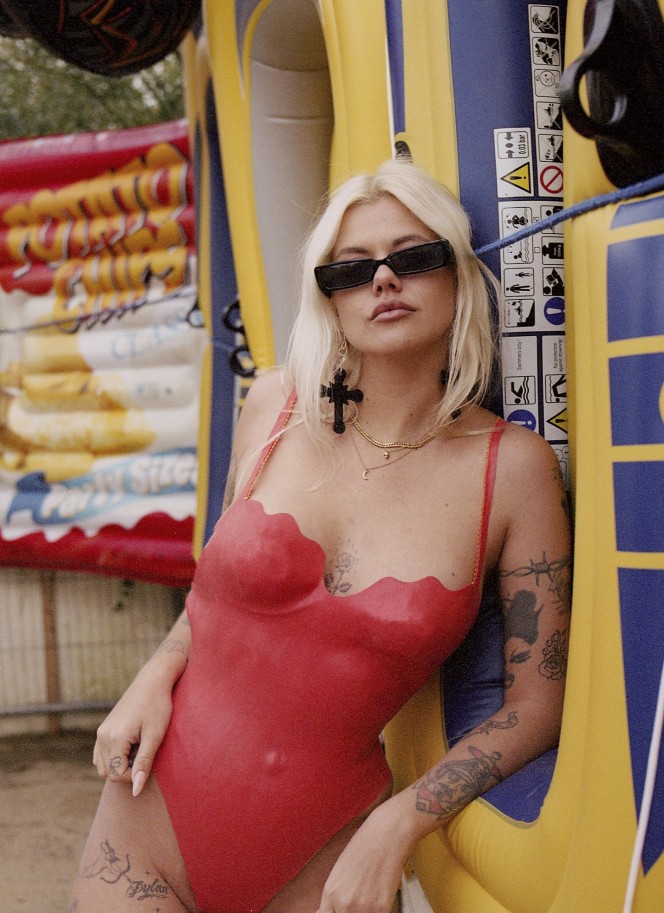 On paying homage to Australia…
“I’ve always found the questions people ask about Australia quite funny, like, “Do you have Kangaroos in your backyard?” I thought it would be interesting to explore the very stereotypical aspects of Australian culture in a tongue-in-cheek way.

It sometimes feels like I’m looking at it from an outsider’s perspective, even though I lived there for the first twenty years of my life. I feel as if I’ve been away long enough now to truly appreciate the uniqueness of the language and traditions, and have a good laugh.”

On the inspirations behind the collection…
“The collection is inspired by quintessential Australian tourism culture. There are these iconic Tourism Australia ads that Mojo advertising did in the 80s with Paul Hogan (Crocodile Dundee) that I’m obsessed with. They are so playful and really capture the personality of Australians.

There’s a shot in one of the ads where Paul Hogan says something about throwing another shrimp on the Barbie, probably the most infamous line associated with Australians. We actually call them prawns, but dialogue was changed so that American audiences wouldn’t get confused.

Although my accent has diluted, I still use quite a bit of Aussie slang that I just can’t seem to shake. I decided to base all the graphics on this, which resulted in the grim reaper at the Barbie, and the Virgin Mary on the beach in a bikini reading ‘How to Speak Australian.’

I then wanted to find a way to incorporate the inspiration into the actual latex, so I started experimenting with pouring my own sheeting and shapes. Crikey (an expression for Christ) became a hand-poured crucifix.” 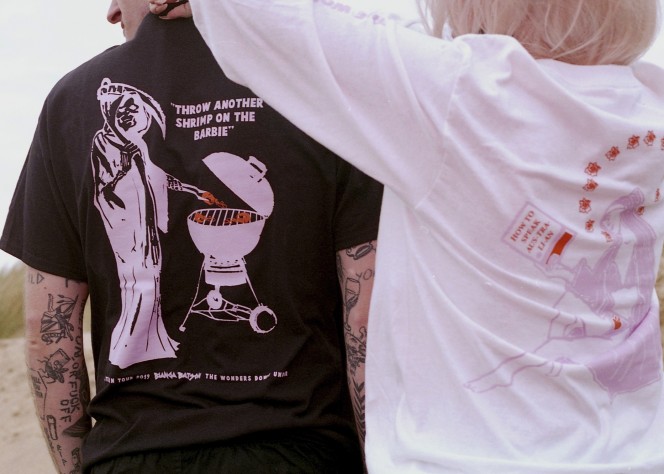 On the techniques used in the collection…
“The swimsuits and corset tops were moulded from liquid latex to create a seamless finish around the bust area. This was super important as I wanted the pieces to look as if they were made from regular stretch swimwear upon first glance.

I also hand-moulded all of the chain, crosses and lace from liquid latex using 3D printed moulds. It’s a lengthy process as it takes about 24 hours for the latex to fully cure, but you end up with some really interesting textures. I was excited to explore this new technique, especially with the chain. I worked a lot with metal chain in my last collection and it was just so heavy and not commercially viable! I’ve created a lot of latex accessories that will be available online soon.

The crocodile latex, used in the suiting and dresses is probably my favourite. It’s an homage to childhood hero, Steve Irwin and is created with a bunch of moulds and then poured in sheets.”

“It sometimes feels like I’m looking at it from an outsider’s perspective, even though I lived there for the first twenty years of my life. “

What Bianca misses most about Australia…
“The food is incredible, it’s either super simple or just really fresh! Lamingtons and seafood plus Byron Bay!”