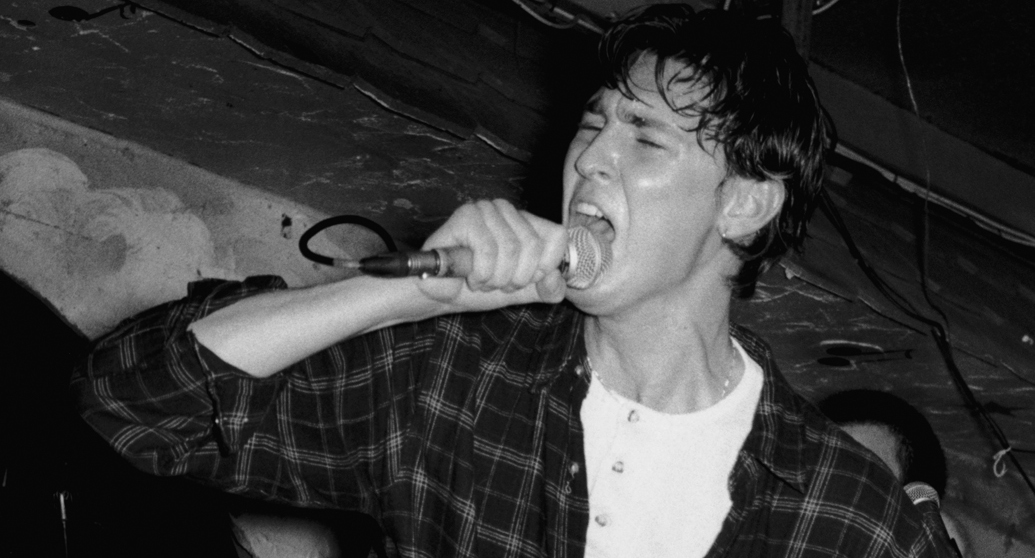 “I guess what’s been most inspiring to me is the whole atmosphere and feeling around aggressive or wild music,” shares frontman Gustav Berntsen of Copenhagen punk-jazz outfit Pardans. Very much a product of their environment, the six-piece emerged from Copenhagen’s notorious Mayhem venue which spawned the likes of Marching Church, Iceage, and Lower. Situated on the outskirts of Copenhagen, the artist-run space’s DIY ethos and diverse performances have proved instrumental in moulding Pardan’s uncompromising sound.

With their recent sophomore record, Spit and Image, the sextet have translated this spirit across thirteen frantic tracks. Splicing and dicing genres, they weave an unruly voice of their own: unleashing an avant-garde blend of jazz, noise and punk that ricochets from Scott Walter to Mark E. Smith. Prior to this interview, the band performed a sold-out show at London’s Shacklewell Arms with a balaclava-clad, balls-out (friend of the band) flasher setting off proceedings. 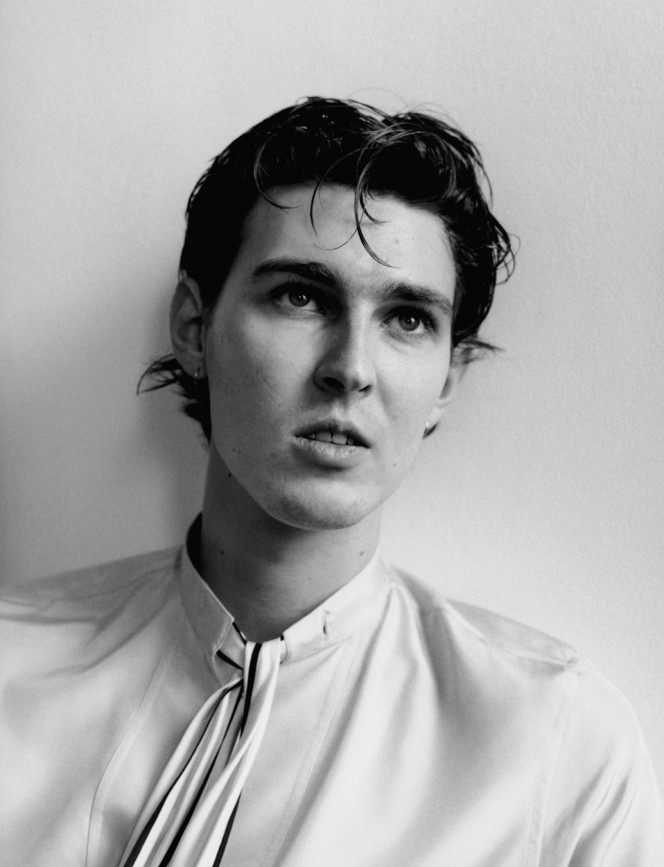 J.L. Sirisuk: You said you had exams this week?
Gustav Berntsen: Yeah, we just came back from tour a few days ago and now I’m taking all my exams.

J.L.: How’s it going so far?
Gustav: It’s going good, I just finished one right before we made this call. I’m also having a film composition course this week so I have to finish that as well. Do you know Lars von Trier? We’re working with the guy who composes the music for his movies, so it’s very exciting.

J.L.: Was it during high school that Pardans came together?
Gustav: We got together for our first rehearsal in late 2015, rehearsed for two months and played our first show in December that year. I’ve known Oskar [Dinesen, drums] for a long time, we’ve been playing in a few bands together since being teenagers. I never really spoke to the other guys before finishing school. On one of the very last days we were having these parties and we happened to meet, we had a few beers and spoke about starting a band. It didn’t come to anything until six months after finishing school when I went to apply for a job and I met Daniel [Honore, saxophone] and he asked, “So, is anything happening to this band that we were talking about?” We all went to the first rehearsal and it just worked out really well.

J.L.: What are some things that have informed your sound the most?
Gustav: I know that for a lot of the guys it’s been jazz, classical and punk, but for me, I guess what’s been most inspiring is the whole atmosphere and feeling around aggressive or wild music, especially rock or punk. I’ve always been drawn to the vibes at live shows.

J.L.: The Mayhem scene is known for frantic shows with that wild atmosphere.
Gustav: Definitely. We’re part of the new breed, the new generation. I don’t know much about what went on there before we got into it, but we met a lot of bands like Iceage, Lower, and Marching Church through there. At one point we needed a new rehearsal space and they just needed another band to pay the rent, so we started rehearsing there. There’s a lot of younger bands there as well – a lot of prog and metal bands from Copenhagen. It’s a nice creative community to be in. Mayhem is a few different rooms, there’s an actual venue where you can have shows – I’m going there tonight for a saxophone show actually. It’s not only punk music, there’s a lot of electronic stuff, contemporary jazz and avant-garde.

J.L.: I imagine there’s great energy in that sort of community.
Gustav: For this record, we had our release show there. It’s a venue run by ourselves – if we wanna host a show, we can do because we’re part of the community. You can really feel that it’s in the DIY ethos. When we host a show it’s up to us how we do it, we ask one of our friends to do the sound, we set up the stage ourselves, we set up the bar and friends from the community will take shifts in the bar. You’re very free to do whatever you want as long as you respect the place. There’s a lot of classical music and free jazz there and we’ve sort of picked up approaches to composing music from those genres. A lot of the music comes from jamming – we find different paths in the jams, try to discover patterns in free improvisation and from that, we form the songs. Collectively, we’ve been really into the 70s Miles Davis stuff. 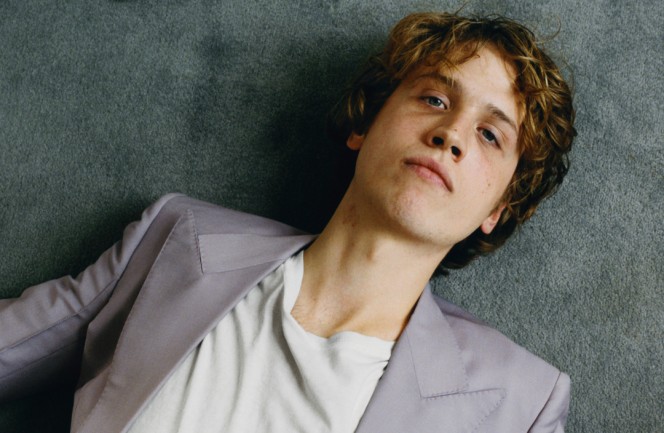 J.L.: What was the recording process like with Spit and Image?
Gustav: We booked five days in a studio. We had a clear idea of thirteen songs and basically just recorded the raw compositions with live takes. That was done in two days, then we had three days to play with the songs, overdub and edit. That was a really nice experience because we had time to experiment. With our first album we only booked two days in the studio – the first day we spent setting up, the second day was recording and that was it. This time we knew that we had more time to be creative because when we went into the studio, we had these songs that we already performed live and we knew the basic structure of them, so we could work longer on the production.

J.L.: What do you feel has changed within the band since the release of your first record Heaven, Treason, Women [2016]?
Gustav: We know each other much better musically. With the first album, we went into the studio having played together for just three months – those seven songs on the first album were the first songs we wrote. We’d played maybe one or two shows before going into the studio, so it was a really new thing for us. It was important to document this experience of spontaneity and I think you can hear that on the record. With, Spit and Image, our musical and artistic output has matured. It feels more authentic. J.L.: Your lyrics often focus around character narratives, do these personalities represent parts of you, or the band? Gustav: I write the songs on my own. The other boys don’t have anything to do with that, so lyrics definitely represent my own point of view and my interpretation of what’s going on around me. The characters that appear are all to some extent reflections of myself but they’re also hugely inspired by characters – and by characters I mean individuals that I meet in my daily life. Sometimes you meet somebody who is an extreme person or a person with extreme points of view or whatever, and sometimes those people reflect something in yourself – I guess that’s what makes the songs. 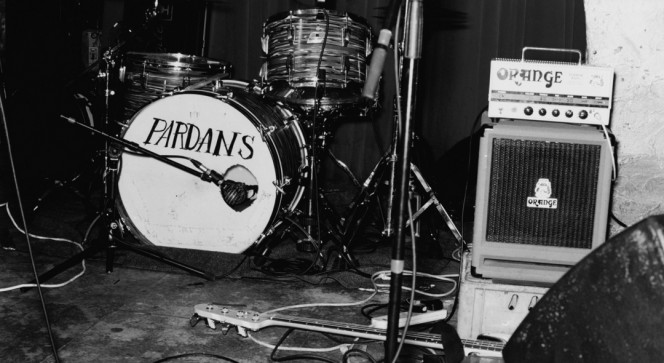 J.L.: Do you have any literary influences?
Gustav: I’ve always been listening to music, whereas literature is something that I dived into quite recently, that’s when my interest in writing really kicked off. Every book I’ve read has somehow sparked ideas or inspired me to write something. It’s not just the content that’s interesting to me, it’s also the use of language. I much prefer writing songs in English than in Danish because it’s a very inspiring process to discover new words and play with a language that I don’t know completely. Finding a new word can really spark something and start a song. 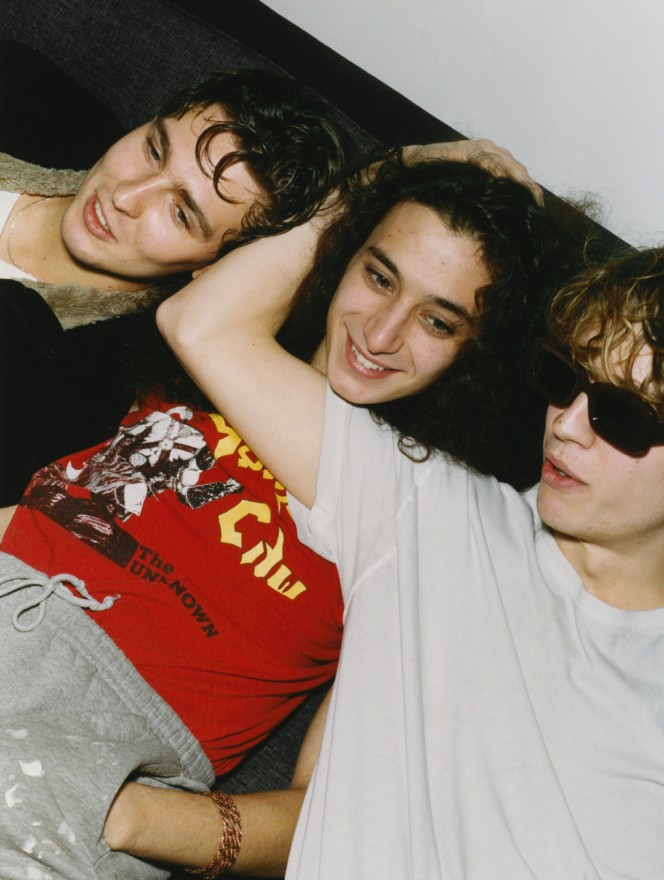 J.L.: Earlier you mentioned a feeling of inspiration around wild music – what does this mean to you?
Gustav: We all walk around with personal boundaries but, being in a live situation or in a studio, you’re free to cross boundaries, conventions and express yourself in a performative manner. That’s what happens when we do live shows, people come together in a way they don’t usually and it feels like people are breaking free from everyday restrictions. They cross each other’s personal boundaries, but still have respect for one another. At that moment, everybody is a bit closer to each other and that’s really the beautiful thing. When we make music we’re very much in the moment. Some artists try to establish a gallery kind of thing with shows, you know, where you have a third wall between the audience and the stage – and we try to do the opposite. We don’t like to play on actual stages that are like two meters tall or something. The best thing is to be on the same level as the audience so you can get involved with them and make it an interactive experience. It’s not about pleasing ourselves or others; it’s very much about what feels right at the time. There’s a tendency in the new material that we’re writing to create something musically challenging but still coherent. We don’t want to intimidate or alienate the listener. Our music is very weird and challenging at times, but we feel that we can achieve unity and emotion by creating something that sets people free but also invites them in.