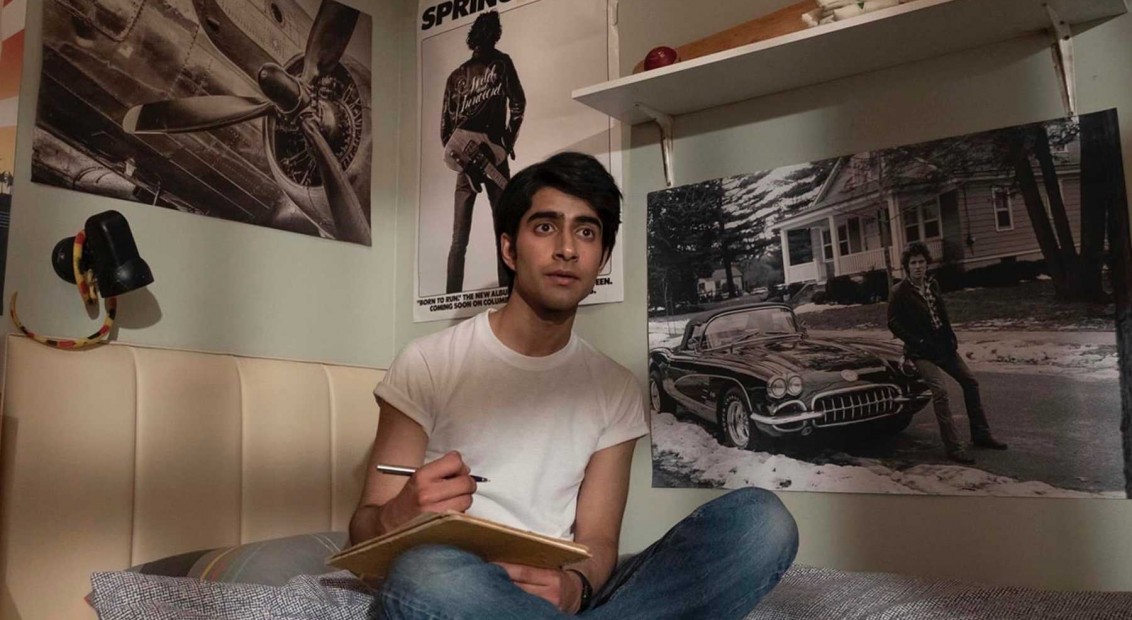 Born to run
This week’s movie recommendation is Gurinder Chadha’s new film Blinded by the Light.

Meet Javed, a British Pakistani teen growing up in 80s Luton, England, amidst the austere days of Thatcher, skinheads and the racial and economic turbulence of those times. Writing poetry as a means of escapism, Javed’s story truly begins when a classmate introduces him to the music of Bruce Springsteen. Having found a voice for his angst, it’s through the words of this American superstar – chasing your dreams and escaping the dead-end towns – that things begin to make sense for Javed. As The Boss would say, you can’t start a fire without a spark.

Based on the journalist Sarfraz Manzoor’s memoir, Greetings from Bury Park, it’s a funny and a heartwarming tale underpinned by the power of music – whether you’re in New Jersey or Luton.

Blinded by the Light is out now.

Chic, punk and a 50,000-watt soundsystem
The longest-running artist-curated festival returns with none other than Mr Nile Rodgers at its helm, summoning his favourite acts from across the world to converge on London’s Southbank Centre.

Having inaugurated the week-long festival with a live performance from Rodgers of all your favourite Chic classics, this weekend sees Meltdown reach its denouement with performances from Scottish producer SOPHIE, South African vocalist Nakhane and raucous Stockholm punk outfit Viagra Boys.

For something a little more intimate, James Murphy of LCD Soundsystem is teaming up with David and Stephen Dewaele (Soulwax) to commandeer a 50,000-watt vinyl-only weapon of a soundsystem that’s only been set up a handful of times across the world. If you’re after more hot tips, check out our conversation with Meltdown’s co-curator Bengi Ünsal.

Good music for a good cause
Headed by Luisa Le Voguer Couyet of Hate Zine and Jessica Winter of London-based duo Pregoblin, Hate the Haus is a night run to promote and support philanthropic organisations. Having previously raised money for the likes of Extinction Rebellion and Lesbians and Gays Support Migrants, this week marks the duo’s fourth event, in support of Keep Our NHS Public. Running from 21:00-late at Laylow, W10 5PE, the night features live performances from Winter, Live Fontaine, VÏSTA and Teeth Studio DJs. Raising money through having a good time – can’t beat that.

Synth shift
Gig time. Head over to The Lexington this Friday to see London solo artist CC Honeymoon, the noir antihero alterego of Asher Preston. The stomach-dropping sense of heartbreak set to a pulsing 4/4 electro beat, Honeymoon blends 80s synth with r’n’b soul to create something utterly unique. An enigma wrapped in a mystery, clad in a loose-fitting suit, to witness him live is wild. Crooning and contorting like a freewheelin’ exorcism, he’ll have you wrapped around his finger from the first beat. But don’t take our word for it, you have eyes, and ears, and £5.50, right? You won’t be disappointed.

CC Honeymoon plays at The Lexington on Friday 9th August alongside The Queen’s Head, Haze and Oscar Browne. Tickets are available here.

How many egg puns can we fit in two paragraphs?
It was the late, great Anthony Bourdain who first coined the term ‘egg slut’ – a confession only made by those so enamoured with shelled chicken embryos they will forgo all dignity and self-respect for a quick hit of the runny stuff. That curious tribe has found a home in Eggslut, a restaurant chain and point of pilgrimage for egg addicts along America’s West Coast since 2011.

It’s a safe place where you can obsess over yolk viscosity, to-ketchup-or-not-to-ketchup and the benefits of corn-fed, without fear of rebuke – and it’s just arrived in London’s Notting Hill. Is it all it’s cracked up to be? We’ll let the signature Fairfax sandwich do the talking: soft scrambled eggs and chives, cheddar cheese, caramelised onions and sriracha mayo in a warm brioche bun. Eggsquisite

(And once enjoyed, you can even take your experience home by following the video below.)