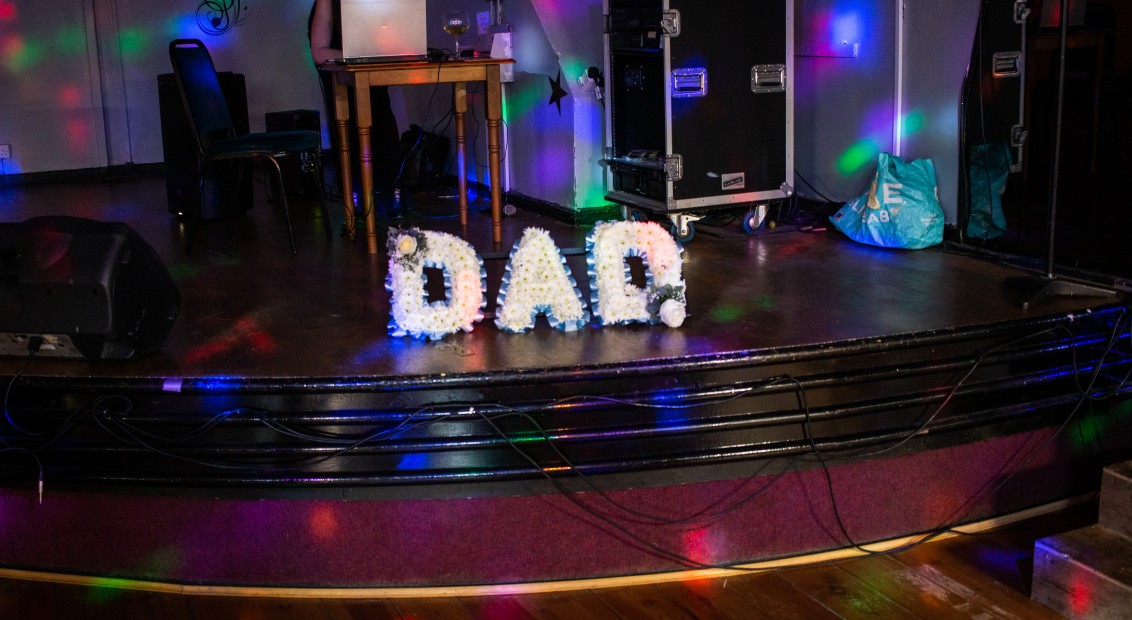 Inside Hate zine issue 6: facing up to death and tackling its taboos

Hate zine is the independent zine that probes current societal issues without beating around the bush. Launched in 2015, editor Luisa Le Voguer Couyet established the publication as a diverse space dedicated to necessary and honest dialogues that confront society’s taboo topics – from mental health to sex.

Now comes issue six, and we’re tackling death. Although the concept stands as one of civilisation’s most encountered realities, it also continues to be one of our most neglected conversations. Yet this new issue of Hate blows the subject wide open, exploring it from all angles through creative meditations. From the microcosmic – but in no way meagre – musings on the death of a pet, by writer and herbalist Crissi Cromer, to the seismic, universal prospective slaughter of our planet raised by Birthstrike’s Blythe Pepino and teenage climate activist Cate Davies, this issue questions it all.

Below, Luisa answers big questions on death and Hate. 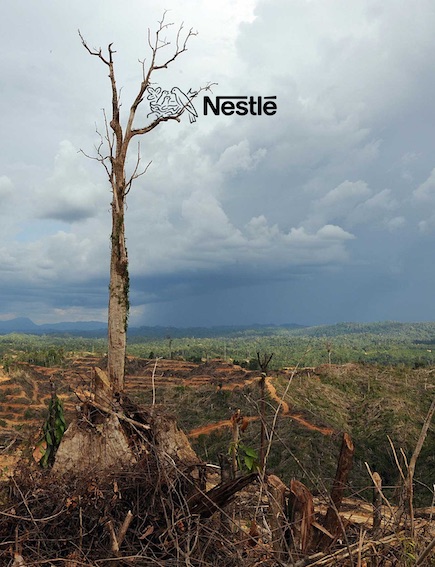 Stevie Cannell: Why did you choose the topic of death?
Luisa Le Voguer Couyet: On a personal level, I’m quite scared of death. I’ve (fortunately) not yet experienced the loss of someone very close to me, so I wanted to use this issue as a way to start a conversation and perhaps find a better way to understand death. As a society our relationship towards death is really unhealthy, we just don’t talk about it despite the fact that it’s one of the most important life experiences we all go through. All life depends on death and renewal, and I think we could be looking at it in a more philosophical way instead of ignoring it.

SC: Why do you think western society has sustained such a fear surrounding death?
LLVC: Western society is built on patriarchy, colonialism and religion, and I think that an insatiable need for control and power is a huge part of these ideologies. Keeping populations paralysed with fear is a great way to keep them malleable and under control in order for a small elite to maintain power.

We also lost our stories around death a long time ago, replacing them with anxieties over heaven and hell. If you fear judgement after your death, I can imagine death would be quite scary. Alongside this, mortality rates were high until a century ago. Apparently 50 percent of Europe’s population died in the medieval Black Plague and between 50 to 100 million people died of Spanish Flu in 1918. I guess people just experienced death regularly and on a bigger scale, modern medicine has vastly extended our life expectancy as a species. We’ve never lived as long as we do in the 21st Century (although cuts to the NHS and austerity have caused 130,000 deaths under the Tories).

“Western society is built on patriarchy, colonialism and religion…keeping populations paralysed with fear is a great way to keep them malleable and under control in order for a small elite to maintain power.” 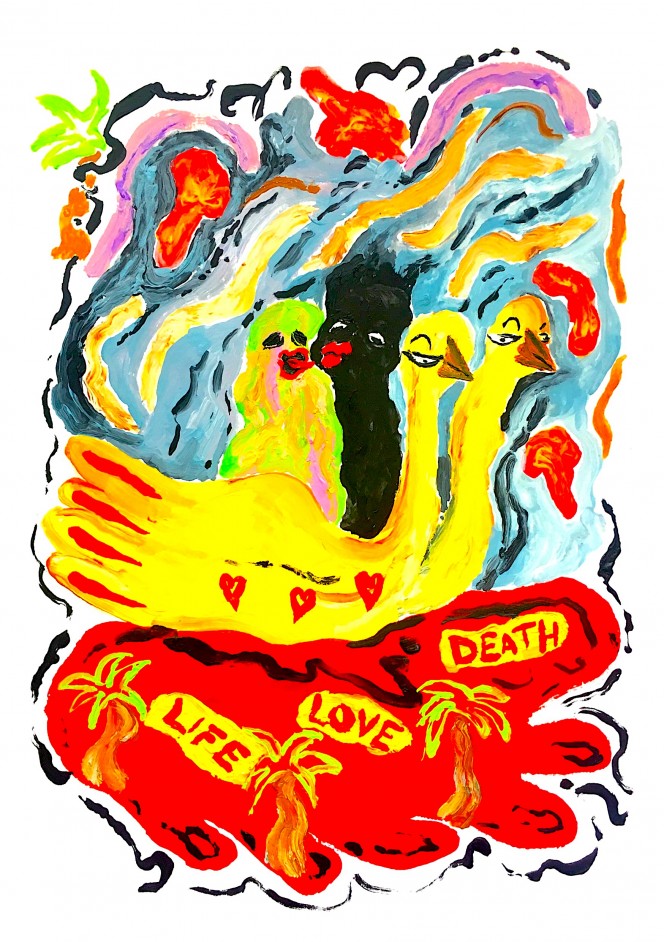 SC: Western society also perceives immortality as strength? Do you think this inherently fosters a social dialogue that outlines death as weakness?
LLVC: Maybe we perceive immortality as strength because it’s the one thing we can’t conquer. It’s like being superhuman. We’re obsessed with youth, but the one thing we have no control over is the fact that we all cease to exist, we can’t stop or reverse time. Death isn’t a weakness it’s a vital part of life, but generally people die from illness or old age, states that predispose your body to weakness and vulnerability. In the context of ‘losing’ loved ones I think it makes sense to use these terms because they are technically lost from this realm and we don’t know where they go.

SC: Can you talk us through a few of the features inside the issue?
LLVC: There is so much amazing work in this issue I wish I could talk about every piece! I wanted to address the environment so I spoke to Blythe Pepino who founded Birthstrike and teenage climate activist Cate Davies from UK School’s Climate Network, while Hannah Pearce – author of Immortal: Mourning, Martyrs & Murals, an extremely poignant and powerful tribute to her friend and comrade Anna Campbell who was killed whilst fighting alongside the YPJ – speaks about the process of compiling the book.

One of my favourite articles is Death Of A Four-Legged Friend by writer and herbalist Crissi Cromer, she explores how meaningful the death of her cat was – I think we overlook the grief we experience when our animals die and I cry every time I read it. This really cool and perceptive publication called Oppose magazine has written about the links between gentrification and the death of neighbourhoods, which perfectly fits alongside Ben Graville’s photo-documentary series following the Deptford Anchor and Holly Whitaker’s photos of the closure of Elephant and Castle Shopping Centre. Elsewhere, disability campaigner and artist Vince Laws spoke to me about his ongoing work, DWP Deaths Make Me Sick, where he makes shrouds for people who have died due to austerity and their benefits being cut. 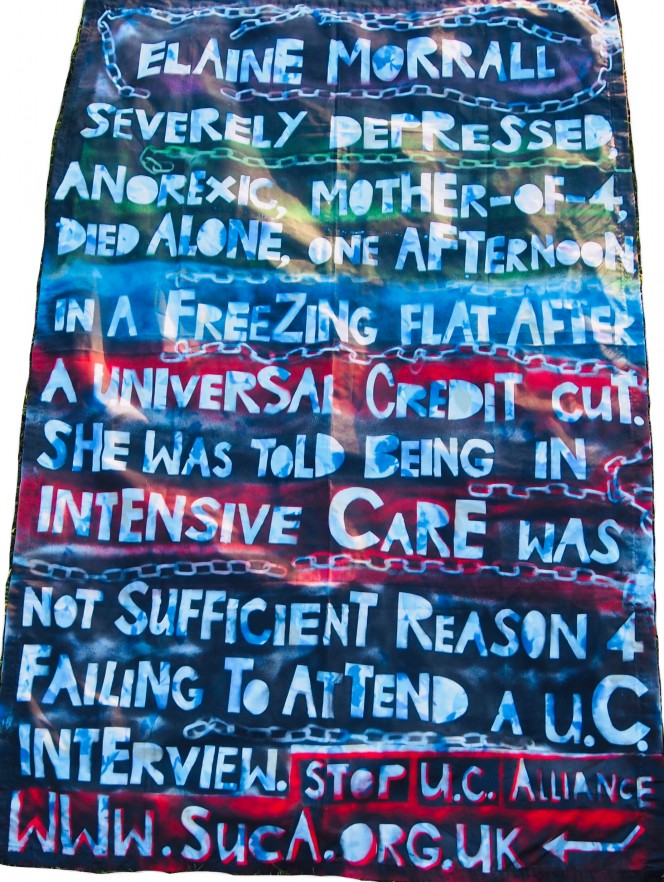 SC: What are your own thoughts/feelings around death? Have they changed over time and experience?
LLVC: As a teenager/young adult I felt kind of nonchalant and invincible in regards to death, it wasn’t until a couple of years ago that I started seriously considering it. At the moment I oscillate between feeling quite fearful and accepting, so this issue was a way to try and start having a positive relationship with these feelings. I am so incredibly fortunate to have been shielded from death so far in my life.

I’m trying to figure out what death actually is and I’m really intrigued by how we documented and processed death as a species across cultures and history. With the internet and technology and the way we archive our information, it’s weird to think everything you do online leaves a permanent trace.

Who’s coming to the Hate Zine Death Issue launch party on the 20th July? Get ur tickets from the link in bio now! Meet us at Nunhead Cemetery at 4:45pm for poetry hosted by @newgums then we’ll all head to The Ivy House for music from @meatraffle1917, @pre_goblin_gram, @xi_gram, @jessicawintergram, @deeptan, @platonica_erotica, @hollyemmw & @graciegoggs!

SC: As part of the issue launch you’re also doing a spoken word performance in Nunhead cemetery, what made you want to do this and what can we expect?
LLVC: I’m so excited for the spoken word performances in Nunhead Cemetery and I’m extremely lucky to be collaborating with Sophie Harris from New Gums, a really amazing promotional company that focuses on celebrating lyrical artists. We’re putting on these wonderful poets Vida Adamczewski, Angad Singh, Oliver Jones and Lucy Silver, with Caroline from Finsbury Park Death Cafe reading a piece about Thanatophobia, the phobia of death.

I’ve always really loved London’s Magnificent Seven cemeteries, they’re so grand and Victorian, and I wanted to find a way to put on spoken word that would be extra relevant to the theme of the new issue. Anyone who wants to attend should meet us at the Linden Grove entrance to Nunhead Cemetery at 4:45 pm for the readings, and then we’re all heading to The Ivy House for the party. Tickets include entry to both events! 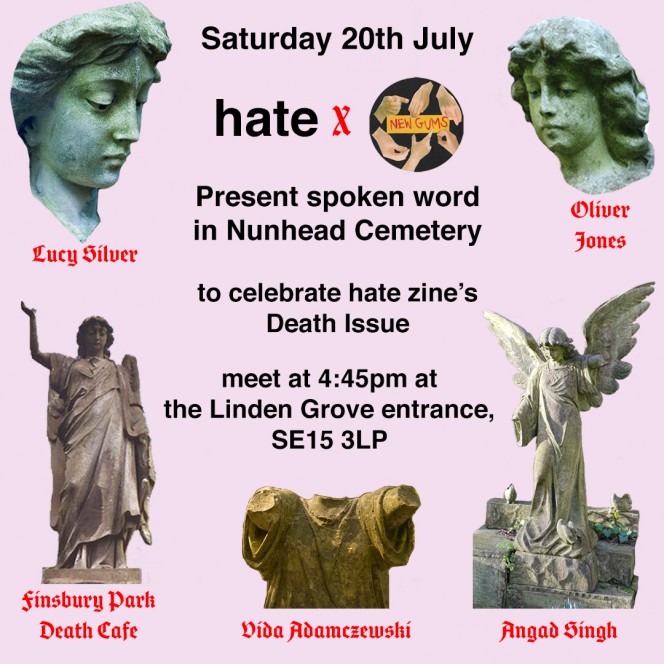 Hate zine issue 3 is holding a spoken word event in Nunhead cemetery on Saturday 20th July, followed by a launch party that same evening at The Ivy House, SE15 3BE.