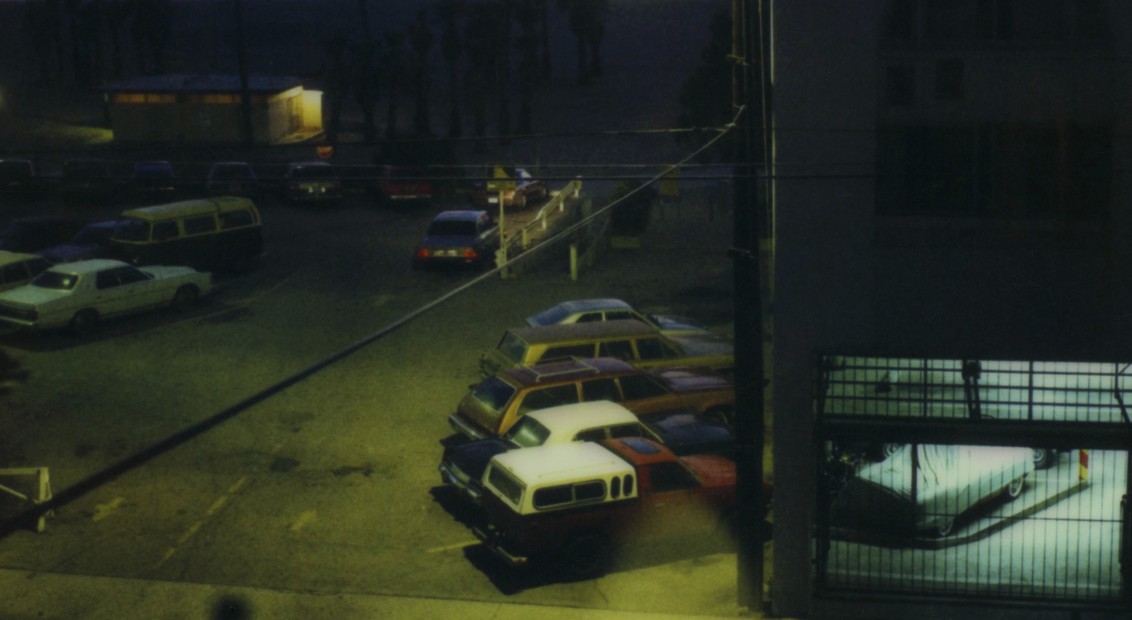 Robby Müller was never without a camera. Shooting film, on set with the likes of Wim Wenders, Jim Jarmusch and Lars Von Trier, or taking stills, alone, and in the company of friends, he watched the world through a lens that eventually became a part of him. The Polaroids he took, which form a new exhibition opening in Arles next month, were his visual sketchbook, where Müller could freehand the ideas, techniques and compositions that underscore his unique cinematography in over seventy feature films. 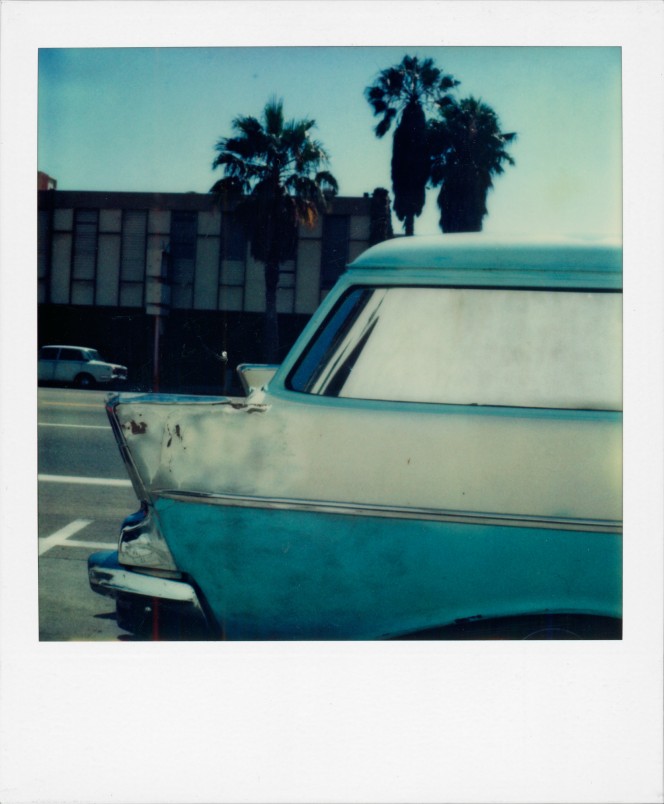 More than 100 Polaroids will go on display at the Place de la République on 1st July, as part of an exhibition that will run concurrent to Les Rencontres D’Arles for the 50th anniversary of the renowned photography festival. Taken between the mid 1970s and late 1990s, the unseen collection was discovered in Müller’s Amsterdam apartment following his death last year, a forgotten trove of rough drafts that lie behind the grand masterpieces. Just as his work on film, the Polaroids evidence Müller’s deft handling of light, his hazy rendering of the everyday into melancholic sublime and an aesthetic vernacular of neon-lit Americana that left a permanent imprint on the road movie genre.

“Neither of them knew what they were doing so they were free to develop and discover, to try things out with no rules to follow.” 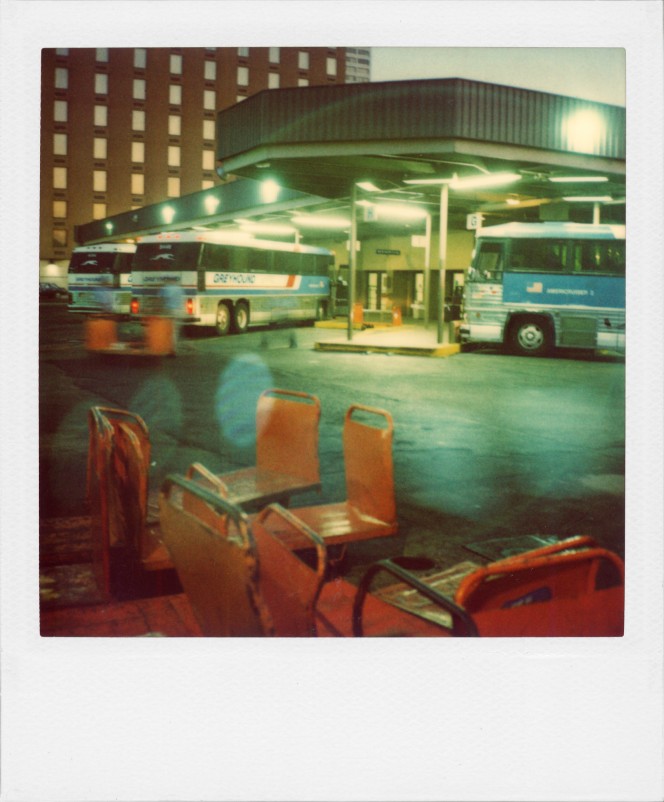 Fellow cinematographer Claire Pijman, who last year directed Living the Light in tribute to her colleague and friend, first met Müller when he moved to Berlin in the late 1960s. It was around the same time that Müller was introduced to Wim Wenders, the man with whom he worked for more than 25 years, presenting, as European onlookers, a vision of American cultural identity not yet seen in Hollywood. “They [Müller and Wenders] were both starting out”, recalls Pijman, “Neither of them knew what they were doing so they were free to develop and discover, to try things out with no rules to follow. They just filmed what they thought was right.”

From Paris Texas (1984) to Kings of the Road (1976), The American Friend (1977), Alice in the Cities (1974) and The Goalie’s Anxiety at the Penalty Kick (1972) the pair’s mutual trust in each others ability allowed Müller’s experimentation to flourish. Like the greats he revered, including Gianni di Venzano, Fellini, Jonas Mekas and other pioneers of American New Wave, Müller’s ability to weld narrative – its rhythm, emotion and characters – with image, gave his shots a transportive depth. Though people are largely exempt, his Polaroids convey the same weight of narrative: an avenue lined with ghostly trees, the neon glow of a remote bar in Santa Fe, or a shadowy car-lot at sunset – each feels worthy of further exposition.

“Robby was a cinematographer who would take the situation as it is.” says Pijman. “He can easily shoot a scene without seeing the location. Once there, he would use what is given to him. As Jim Jarmusch said, he likes to be in the moment. Thinking on his feet. He also remains very true to the story and what emotion the images needed to tell that story. He prioritises that over shots based on beauty, he goes for emotion instead.” 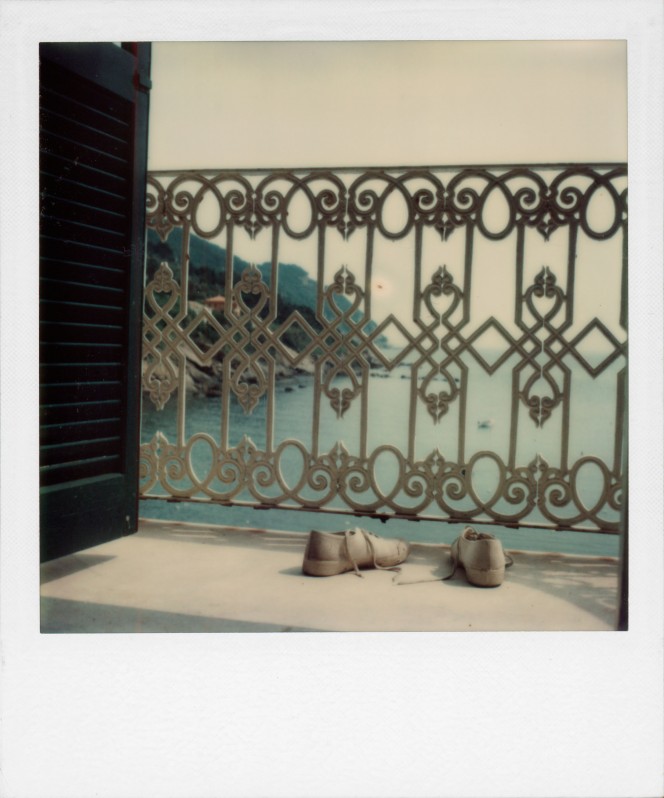 Whoever he worked with, Müller responded to what he saw on set, relying on instinct and never planning shots in advance or employing elaborate camera rigs. Simplicity and truth informed his lens. He avoided close-ups, excessive cuts or zoom and rarely moved, instead, his mise en scène played out through medium and master shots, always making use of natural light to find beauty in the most unlikely places. Nowhere was this better illustrated than in the seedy bars and iridescent back alleys of Barbet Schroeder’s Barfly (1987), a semi-autobiographical film on the life of Charles Bukowski. Meanwhile with Jim Jarmusch, Müller shot deadpan comedies in monochrome, including Stranger Than Paradise (1984), Down By Law (1986) and Coffee and Cigarettes (2003), all of which became landmarks in independent cinema.

Above all, Müller was an innovator, never afraid to take on new techniques when compelled by instinct. In films such as Breaking the Waves (1996) and 24 Hour Party People (2002), Müller shot in 35mm, using hand-held and shoulder cameras, while for Lars Von Trier’s Dancer in the Dark (2000), he experimented with 100 stationery digital cameras. As Dutch cinematographer Hoyte van Hoytema (Interstellar 2014, Dunkirk 2017) remarked,”[He] has no recognizable style, yet you still sense his indefinable flair, a sort of melancholy or nostalgia. Think of cameramen as songwriters. You recognize a singer straight away, but not a songwriter.”

Robby Müller: Like Sunlight Coming Through The Clouds is presented by Polaroid at the Place de la République 12, Arles, France, from 1st July 2019. More info here.