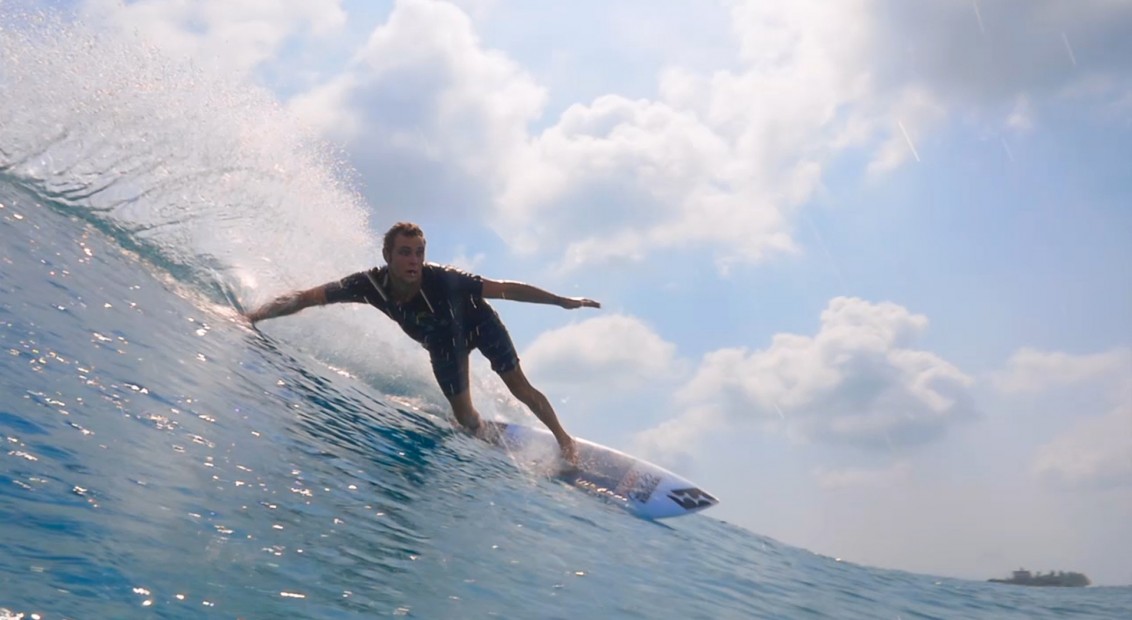 Self Discovery for Social Survival is a new film by Chris Gentile, artist, photographer, owner of Brooklyn based surf mecca Pilgrim Surf + Supply and now filmmaker. Together with Mexican Summer, a record label based around the corner from Gentile’s surf shop, he has produced an experimental film that subverts the traditional surf-doc prototype, inviting artists to perform live scores to footage. The resulting sonic waves of improvising musicians swell, chop and crash to the rhythm of those on-screen.

From the glassy waves of Mexico, to the serenity of the Maldives and arctic sprays of Iceland, the film’s three separate vignettes are soundtracked by Allah Las, Connan Mockasin, Andrew Van Wyngarden of MGMT and Peaking Lights. Narrated by the late Jonas Mekas, a legendary avant-garde filmmaker who inspired Warhol to take up moving image, Self Discovery for Social Survival riffs on the unavoidable spirituality that accompanies wave riding. The same freedom to play, experiment and improvise afforded by the waves is reflected in the approach of each musician, whose visceral responses are guided by the emotion of what they see.

As professional surfers Stephanie Glimore, Ryan Burch, Creed McTaggart and Ellis Ericson dance atop of cresting waves and seemingly defy gravity by standing with their toes curled over the front edge of their boards, you could be forgiven for thinking the film was made with similar, balletic ease, but in reality no surf trip is plain sailing.

“We flew somewhat blindly into this project as first time filmmakers, but that kinda learning curve is always exciting to navigate”, said the film’s creative director and music supervisor, Keith Ambrahamsson. “Like all surf films, nature dictates, we just had to pray that the ten or twelves days we had on each trip would yield usable, and hopefully great footage. The music hinged on this, too… everything did. Each trip had its own flavour and cast of characters. Everyone embraced the small windows we had to the fullest and I think we created something really unique and beautiful. “ 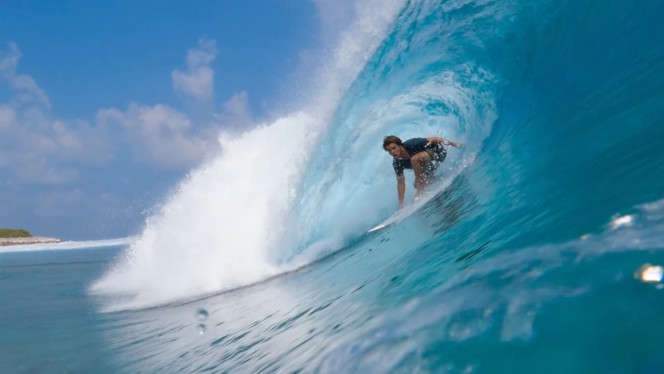 James Briswick, a surfer and journalist who helped write Mekas’ narration months before his death earlier this year said, “Working on the film had that great experimental, it’s-all-just-play spirit. When Chris [Gentile] asked me to write the narration, he told me to go deep and personal and strange. When I learned that Jonas Mekas would be doing the voice over, that only reinforced that idea. There are good ghosts in Self-Discovery for Social Survival.” 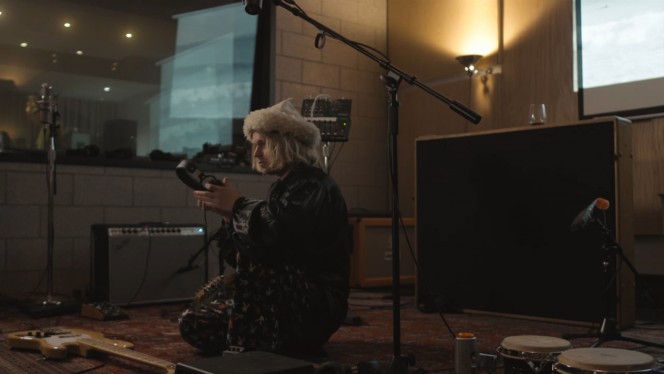 Peaking Lights, the LA-based electro pop duo of Indra Dunis and Aaron Coyes, scored the film’s middle section with Mirror In The Sky and Hold On, shot in the southern atolls of the Maldives Islands. For them, the experience was more nuanced: “Simply put, the making of this could be summed up in a short story. One night on a boat in the Indian Ocean, three saboteurs tried to sneak into the cabin of a-not-so-sleeping lad, to cover his face in American cheese slices. However, the lad was quick and cunning and snuck out the porthole while the saboteurs tried to break into the room unnoticed.

The lad found a fire extinguisher, snuck up behind the saboteurs and surprised the shit out them, unloading the contents of fire suppressing foam on the lot as they screamed and tried to escape! This trip was like avoiding waking up with American cheese on your face because you passed out too early.”

Listen to the full soundtrack for free here.

Self Discovery for Social Survival is available now at www.sdssfilm.com.