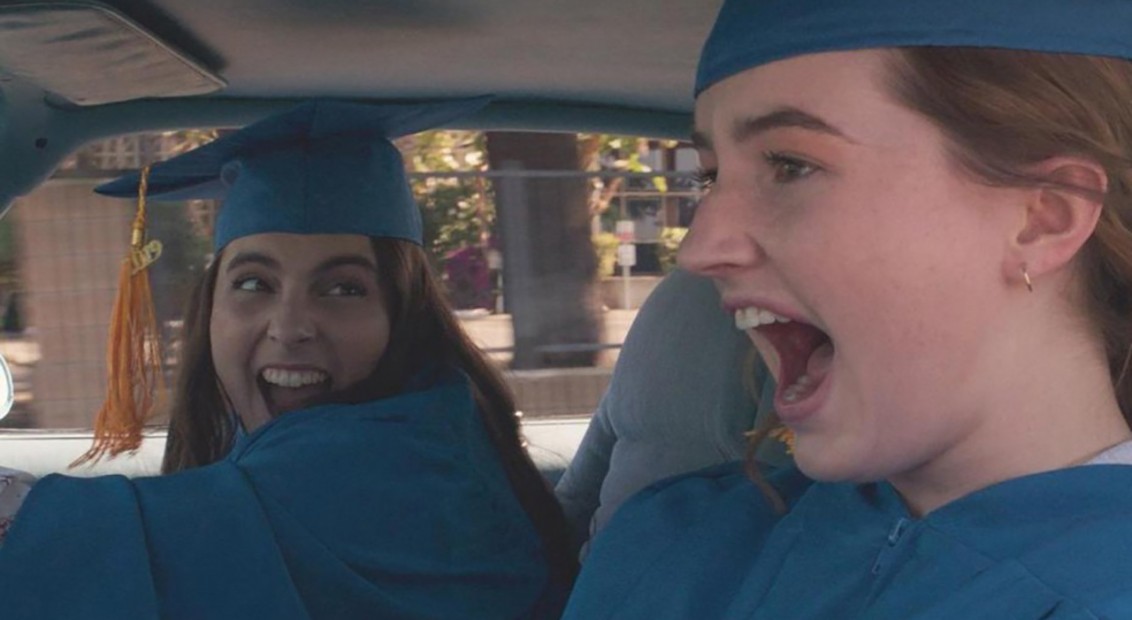 School’s out for good
This generation’s American Graffiti, Sixteen Candles, Dazed and Confused, Superbad… we could go on… Booksmart is the directorial debut of actress Olivia Wilde. Centered around two high schoolers on a quest to cut loose and thoroughly enjoy their last few days of classes, having hit the books to get into their preferred colleges the best friend duo are making up for lost time by seeking out the ultimate blow-out.

A fun ride for all, Booksmart refreshes the YOLO last days of school formula with plenty of laughs.

Booksmart is out now.

Say it in lights
Tate’s hugely successful after-hours program centers this month’s event on the Turbine Hall, where the digital ‘truisms’ of American artist Jenny Holzer will flash their cliched truths to the pulse of specially commissioned DJ sets. Holzer has been compiling her series of slogans since the seventies, beginning when she was still a student, and they have since featured on buildings, stickers, Time Square billboards and Frank Ocean’s t-shirts.

Though they are presented in familiar forms and everyday mediums most commonly associated with “the usual baloney” disseminated by mass media (Holzer’s words not ours), their direct and unequivocal messages disrupt our normally passive consumption. In the ever-expanding slurry of anodyne advertisements and inane slogans, Holzer’s messages  defibrillate the senses, offering a brief moment of self-reflection and profound thought.

Accompanying the works will be a number of workshops, including a zine-making initiative from the Strand Magazine team and a talk given in response to Holzer’s truisms delivered by Ruby Stevenson, Adah Parris, Lyall Hakaraia and James Massiah. 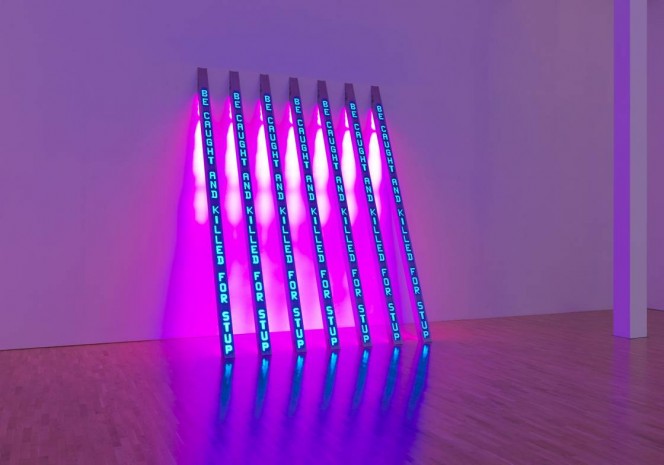 Freedom Fields
With the utopian dreams of the Arab Spring fading, Freedom Fields follows a women’s football team in post-revolution Libya as the country descends into civil war. Told through the eyes of three women, the story is an insight into a country battling with transition and the threat of resumed violence. As they prepare for their first ever international women’s match under intense public scrutiny and media outrage, each member faces a daily struggle for acceptance in what remains a deeply conservative country.

Freedom Fields is the debut feature of British/Libyan filmmaker Naziha Arebi who was drawn to exploring the country of her father’s birth following the uprisings in 2010. Alongside this film she is producing a documentary entitled After a Revolution, which explores the social and political vacuum that has taken hold of the country following a period of seismic upheaval.

Freedom Fields is on at the ICA from 31 May – 6 June. Book tickets here.

Riff it out
Heads up, we’ve got two gigs for you this week: an oldie and a newbie – both in East London, both brilliant.

On Friday night, Sonic Youth icon Thurston Moore will be performing at EartH in Hackney with his band, The Thurston Moore Guitar Ensemble. Pushing the boundaries of what you can do with a six-string, they’ll be paying homage to the late composer Glenn Branca by performing a new piece entitled 8 Spring St – a reference to the New York address where, in 1980, a young Thurston first sat with Glenn to investigate the no wave universe of alternate tunings, harmonics and double strumming techniques. Plus, there’ll be a rare appearance by Hastings-based acoustic guitar maestro James Blackshaw.

Then on Saturday head to The Shacklewell Arms for a perfect slice of West Coast shimmer courtesy of LA duo The Molochs. Taking 60s garage and giving it a hefty spin, its all about reinterpretation, not regurgitation. Expect plenty of reverb and great hair.

The Thurston Moore Guitar Ensemble play at EartH on Friday 31st
The Molochs play at The Shacklewell Arms on Saturday 1st.

Going Dutch
Finish the weekend off with a particularly fancy nibble: we’re talking about new wine bar and restaurant Gezellig.

Located in the grandiose setting of Holborn Town Hall – a grade II listed building, no less – you’ll feel blue-blooded with the setting’s lush green walls, leather booths and high ceilings, while the extensive wine menu will leave you warm-blooded, at the very least.

The name you ask? Gezellig comes from the Dutch word meaning an atmosphere for good times – have some of their octopus rago, traditional Dutch bitterballen (a bite-size bar snack made of deep-fried meat) and brandade raviolo and you’ll know the true meaning of Gezellig. Trying to impress a date? This one’s a winner.

London Hospo Crew,Come and see us at the bar today if you’ve been grafting all weekend First martini on the house! @blackwoodsgin #getmashedmondays #gezellig #hospo #gin #stirrednotshaken #martini